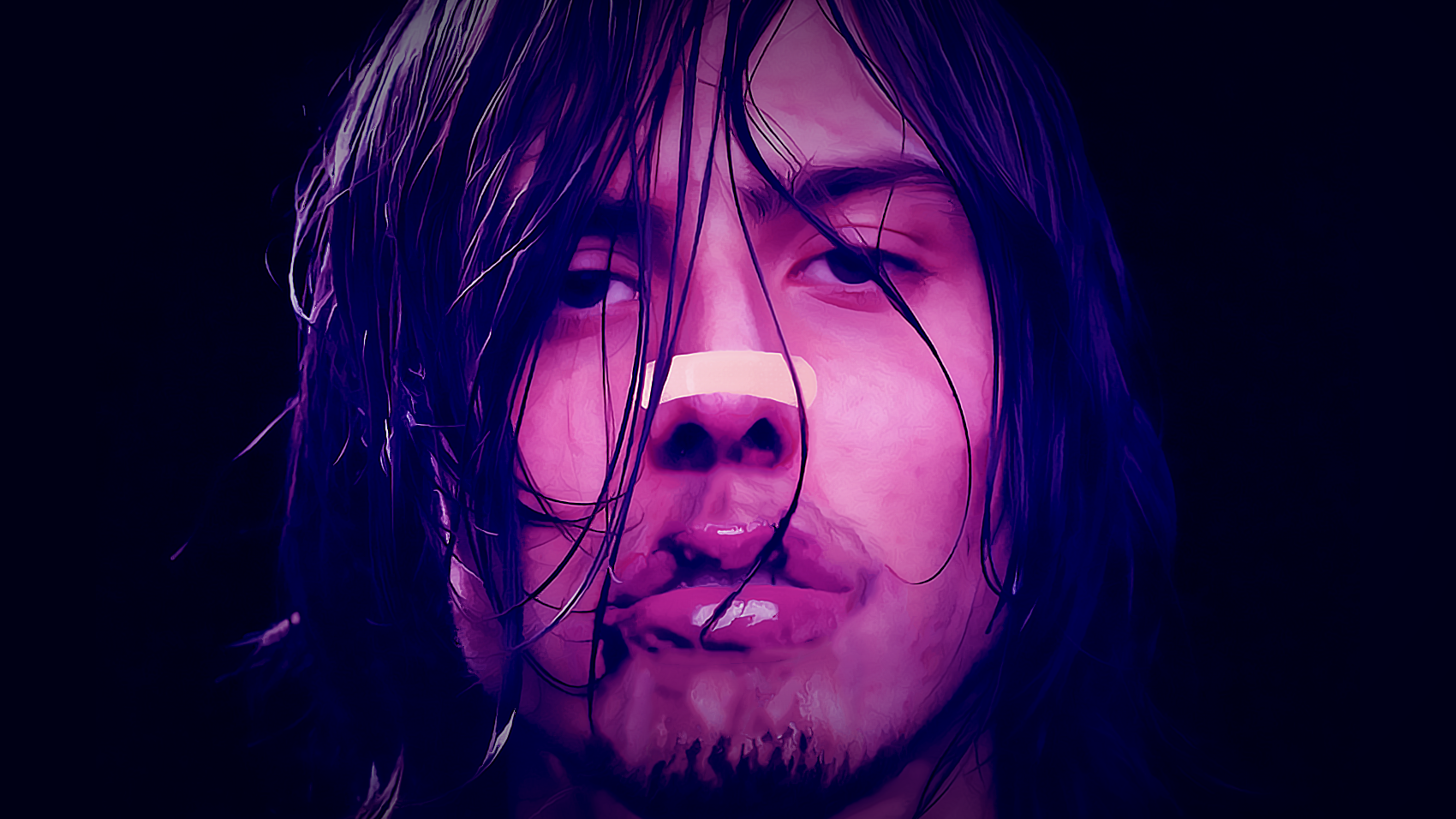 As Andrew W.K. prepares for his sixth consecutive performance at Chicago’s Riot Fest this fall, we’d like to speak on his behalf to clear up a misconception. No, this has nothing to do with the theory that “Andrew W.K. doesn’t actually exist” (the jury’s still out on that one).

Rather, we’re here to address the belief that Andrew W.K. only cares about partying. Yes, he does write many songs about partying. You may recall “Party Hard,” “It’s Time to Party,” “Party til You Puke,” “We Party (You Shout)” and “Long Live the Party,” among others. And yes, he did go on a 50-state Power of Partying tour last year. He’s spoken on “positive pizza partying.” And we are cognizant that his Twitter is more or less a repository for “party tips” and, occasionally, “party meals.”

Despite his lust for living it up, Andrew W.K. also makes time for other endeavors, like writing songs that aren’t about partying. We’re aware that a song can be about partying without having the word “party” in the title — “Ready to Die,” “Your Rules” and “Not Going to Bed” are all party-adjacent — so trust us when we say the below songs have absolutely nothing to do with parties, partying or the sense that, with friends like these, one might live forever.

Okay, get this: Before he versed himself in the art of sweating, bleeding, and moshing, Andrew W.K. was trained in both classical and jazz piano. Piano plays a role in plenty of his songs, but usually as the 100-pound pipsqueak in a circle pit of distortion. 55 Cadillac, on the other hand, is almost nothing but piano, with W.K. describing it as a collection of “new age” spontaneous solo piano improvisations. “No songwriters, no lyrics to learn, no overdubs, no slow fixes, no remixes, no video shoots or interview practice,” he said at the time, “just the sound of someone sitting in room playing piano for the sake of it.”

All that said, being that there’s no lyrics, it’s still very possible that 55 Cadillac actually is about partying. W.K. has said he wanted it “to sound like freedom,” which isn’t far off from how he describes a great party. Ah, but isn’t the joy of instrumental music that we’re allowed to place any narrative we want on top of it? In this case, I see no party. No party at all.

An honest-to-goodness love song, “She is Beautiful” proves Andrew W.K. doesn’t need to be half in the bag and bathed in kaleidoscopic neon to find himself smitten. Really, the song’s about that sense of elation and longing that arises in the presence of someone you find beautiful, not to mention the sack it takes to nut up and get publicly humiliated (you’ve got “nothing to lose,” he urges, which is technically true).

“You’re everything I got, you beautiful girl / The only thing I live for in the whole wide world,” he barks, which is sweet but also categorically false. A beautiful girl will never surpass partying, weight racks, and stained white tees in the heart of this beast.

For as much as Andrew W.K.’s tunes are about good times, good vibes, and good friends, he’s no stranger to the snake that’s slithered its way into your party. “Free Jumps” is about bailing on the people in your life that “stab you in the back” and take explicit joy in watching how “backs break” when you go. What’s especially hilarious, though, is just how much he envisions one skipping out on their crew will ruin their lives. He equates it to “making them fry,” shouting that they’ll get “theirs in the end.” Jesus Christ, do not make an enemy of this man.

This song is tucked away in Mother of Mankind, disc two of the 2010 version of the Close Calls With Brick Walls LP, which features a collection of rare and unreleased material. “I Will Find God” isn’t a reverent hymn so much as it is a paean for kindness, individuality, and not being an asshole to children. In it, Andrew W.K. and what sounds like an off-Broadway cast of Cabaret sing about how “the children never tried to hurt you.” Clearly, he’s never seen a Blumhouse horror movie.

Hey, anyone else remember when Andrew W.K., party god and beacon of positivity, wrote a song about killing yourself? Like, it begins with some languid synths and a voiceover about how you’re worthless and nothing matters before the synths drop out and Andrew W.K. drops in with his piano and some Bret Michaels-style melodies to sing about how…you’re all alone and it’s time to “end it all.” There’s not even a last-minute redemption verse a la “Adam’s Song.” It just ends.

Of course, that’s why the song rules. Andrew W.K. has some pretty striking thoughts on death and suicide, which he discussed back in 2014 via his advice column in The Village Voice. After a fan wrote in saying he’s contemplating suicide, Andrew W.K. replied by saying, “We shouldn’t be afraid to try and imagine what it would be like to kill ourselves. Often times, it can help us get a refreshed perspective and appreciation for the astounding adventure we’re part of, and how truly frightening and challenging it would be to really end it all.”

That’s…a really interesting perspective. “I don’t think you should kill yourself,” he continues, “but it’s not my decision to make. Being born wasn’t really your choice either, and in most cases, when and how you die is often out of your control. But it seems that if someone wants to end their life, they should absolutely be allowed to do it on their terms.”

Some might find his words irresponsible, but I think it’s just his way of destigmatizing the reality that most of us, at one point or another, consider offing ourselves. It’s healthier to just put it out there; that way, you’re much more likely to get the help you need. *

One might mistake “Pushing Drugs” for a party song, what with the general correlation between parties and drugs. Actually though, “Pushing Drugs” is one of the rare songs that finds Andrew W.K. adopting a persona that isn’t himself. Here, he takes on the perspective of what’s either a drug pusher or an actual drug — he already kind of looks like a joint with hair — spitting out lyrics like, “Mother Nature does a favor, puts your body in the hearse / is what I’m doing really any worse?”

It’s some pretty nihilistic shit, but also a pretty great song, like if Cake ever tried to score a car chase in a Roger Corman movie.

“Got To Do It” begins like any other Andrew W.K. song, with some inspirational words that he’s carefully tailored for maximum fist-punching potential. Soon, however, he segues into a verse that, in four tight lines, tells a sad, little story of heartbreak and the realization that those places we hold sacred inevitably crumble with time. “I went around the place where we once went before / but I never knew it hurt so bad,” he sings. “I wandered back again, but you just slammed the door / I never knew it hurt so bad.” Aw.

Of course, the rest of the song is pretty much him shouting that it’s time to move on, sucker, which is actually a pretty good summation of Andrew W.K.’s philosophy: “Remember the bummers, but don’t dwell. Rather, set your mind to the party gearing up just over the horizon.”

Andrew W.K. was probably 45 minutes into a TNT showing of Casino when he wrote this song, which asks, “Who can resist the sin in Las Vegas?” It’s an adorable, high-energy portrait of what somebody as good-natured as Andrew W.K. might consider to be the shadier side of Sin City. Lyrics about “cameras” knowing your name and card sharks “working the tables” clash against talk of “high stakes dealers” and “letting it ride.” All is forgiven when he starts shouting, “I can’t believe I’m here!” Enthusiasm’s a beautiful thing.

There are two things you can say about “When I’m High”: One, it isn’t about partying; two, dude was quite possibly tripping balls when he wrote it. “I’m hanging by a thread from the fabric of the open sky” is the kind of thing you scribble on a Trapper Keeper after two healthy bong rips. Throughout the song, he’s addressing some buzzkill who “won’t listen, man,” and by song’s end he’s apparently stolen the guy’s wife. “And now you see me where I stand,” he sings, “With your bride.” What?!

There you have it. Andrew W.K. does more than party. He also plays the piano, loves gambling, and sometimes pretends to be drugs.

“Party Hard” is still his best song, though.

* If you or someone you know is struggling with suicidal thoughts, the National Suicide Prevention Lifeline is available 24 hours a day at 1-800-273-8255. 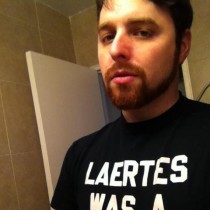