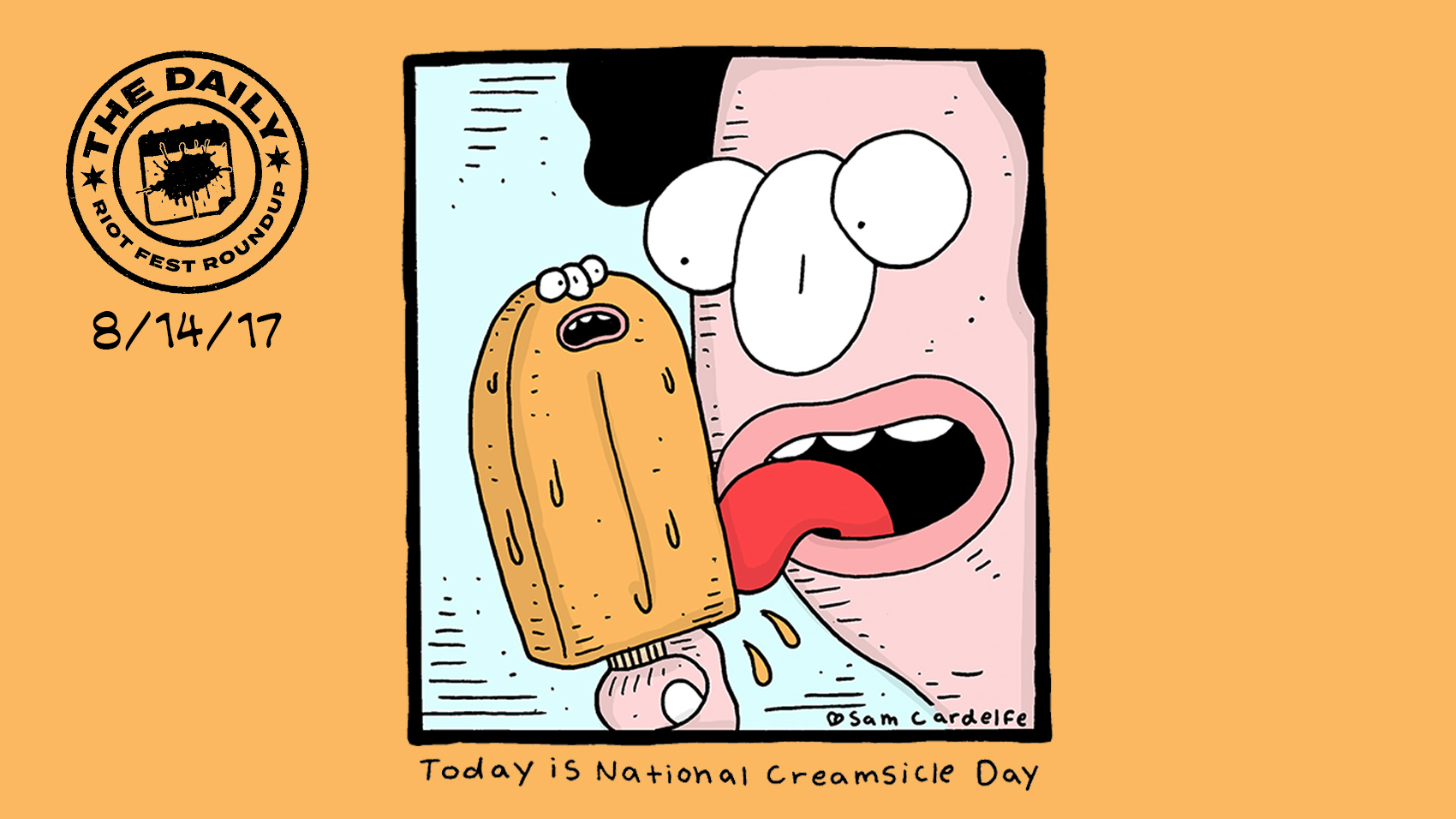 Jawbreaker played its first announced show of 2017 in advance of the band’s big Riot Fest gig next month. Yes, over the weekend, Blake, Chris and Adam played the 400-capacity Rickshaw Stop in San Francisco, a show that sold out in nanoseconds and had journalists from Stereogum and Noisey descending upon it for analysis. There’s a good-enough quality YouTube video of the entire show, embedded below.

Consequence of Sound premiered a moving new video from At the Drive In today. Check out “Call Broken Arrow,” which is a prequel for the band’s last video, “Hostage Stamps.” Both songs are from the band’s new album, in • ter a • li • a, which came out last May.

Alternative Press debuted a new video from Neck Deep‘s new album, The Peace and The Panic, which drops on August 18th, thanks to the efforts of the good folks over at Hopeless Records.

REMINDER: Neck Deep plays Concord Music Hall in Chicago on February 12th, and tickets for that show went on sale last Friday, are going fast, and are available here!

Bloodshot Records releases a new album from great Denver dirty rockers The Yawpers this Friday. Boy in a Well was co-produced by The Replacements’ Tommy Stinson (who also plays on the album) here in Chicago last year, and it’s a ball-ripper! Consequence of Sound posted a full album stream, as well as a Q&A with Yawpers frontman Nate Cook. Check out this song “Mon Dieu,” change your pants, clean up a bit, and then head on over to Consequence’s full album stream, and then go pre-order the album here like the good rocker that you are.

Looks like Queens of the Stone Age are putting on their dancing shoes this Wednesday.

Death From Above is also moving on…something?

We can’t wait either, Culture Abuse!

Paramore went hunting for the big sky in Montana!

The Iron Sheik has the illin’ Ric Flair in his thoughts and prayers, and you should too!

ONLY 1 RIC FLAIR ONLY 1 IRON SHEIK. WE BREAK THE EARTHS BACK. THE EARTH NEVER BREAK US pic.twitter.com/h0JLEqrnlI