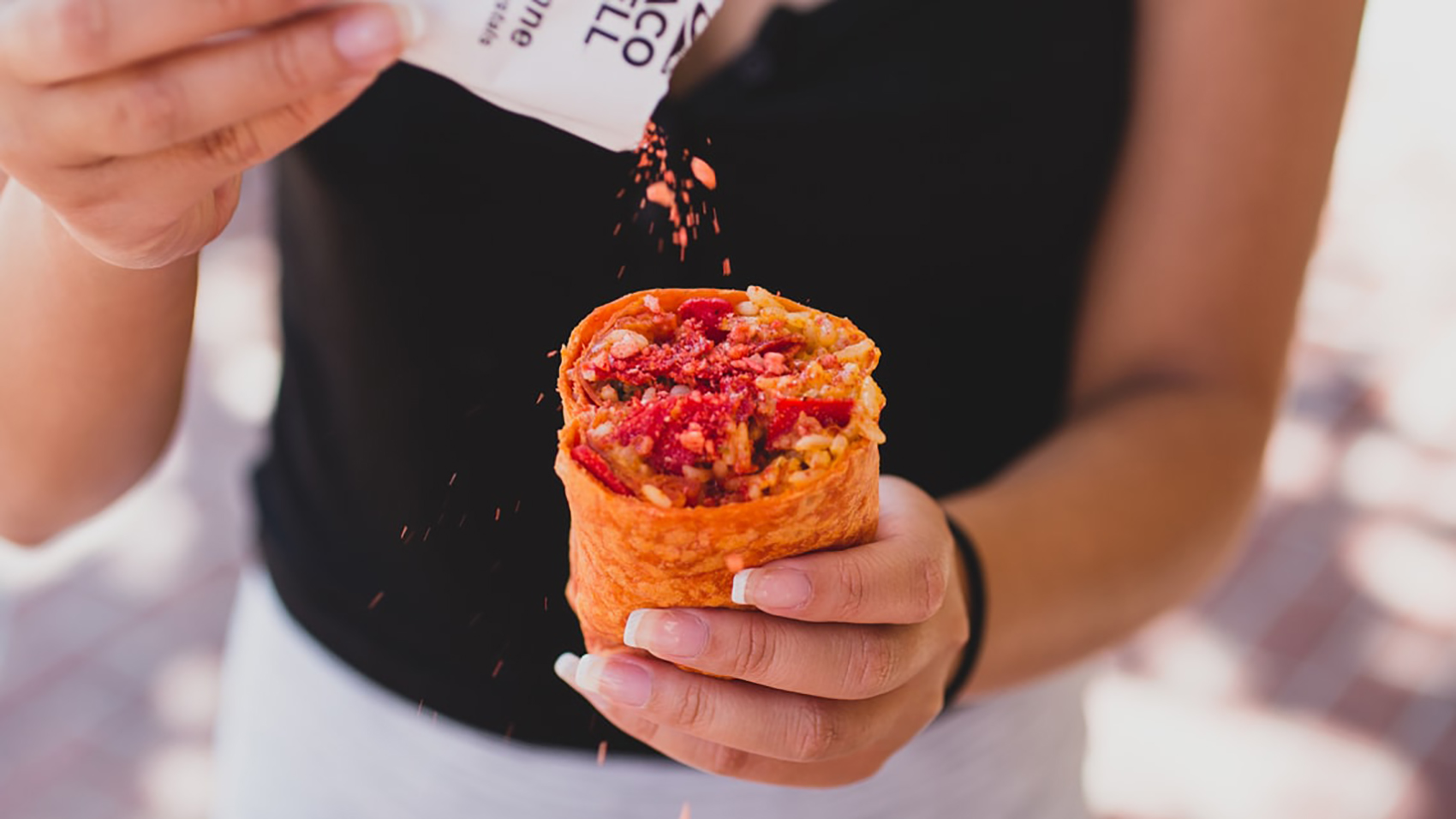 As reported on Foodbeast, Taco Bell is testing a new burrito in the Orange County, CA area called the Firecracker Burrito. 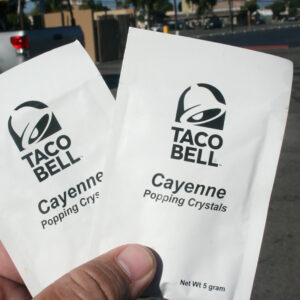 What makes the Firecracker Burrito so special? In addition to being filled with rice, nacho cheese, sour cream, beef, and red tortilla strips, for an additional twenty cents, you can add a packet of “Cayenne Popping Crystals.” Yes, some fucking assholes thought it would be a great idea to add fucking pop rocks to a fucking burrito. Taco Bell scientists were so preoccupied with whether or not they could, that they didn’t stop to think if they should.

If you hate yourself, and also happen to be in the Orange County area, here are the four locations that are testing this abomination until August 16th: