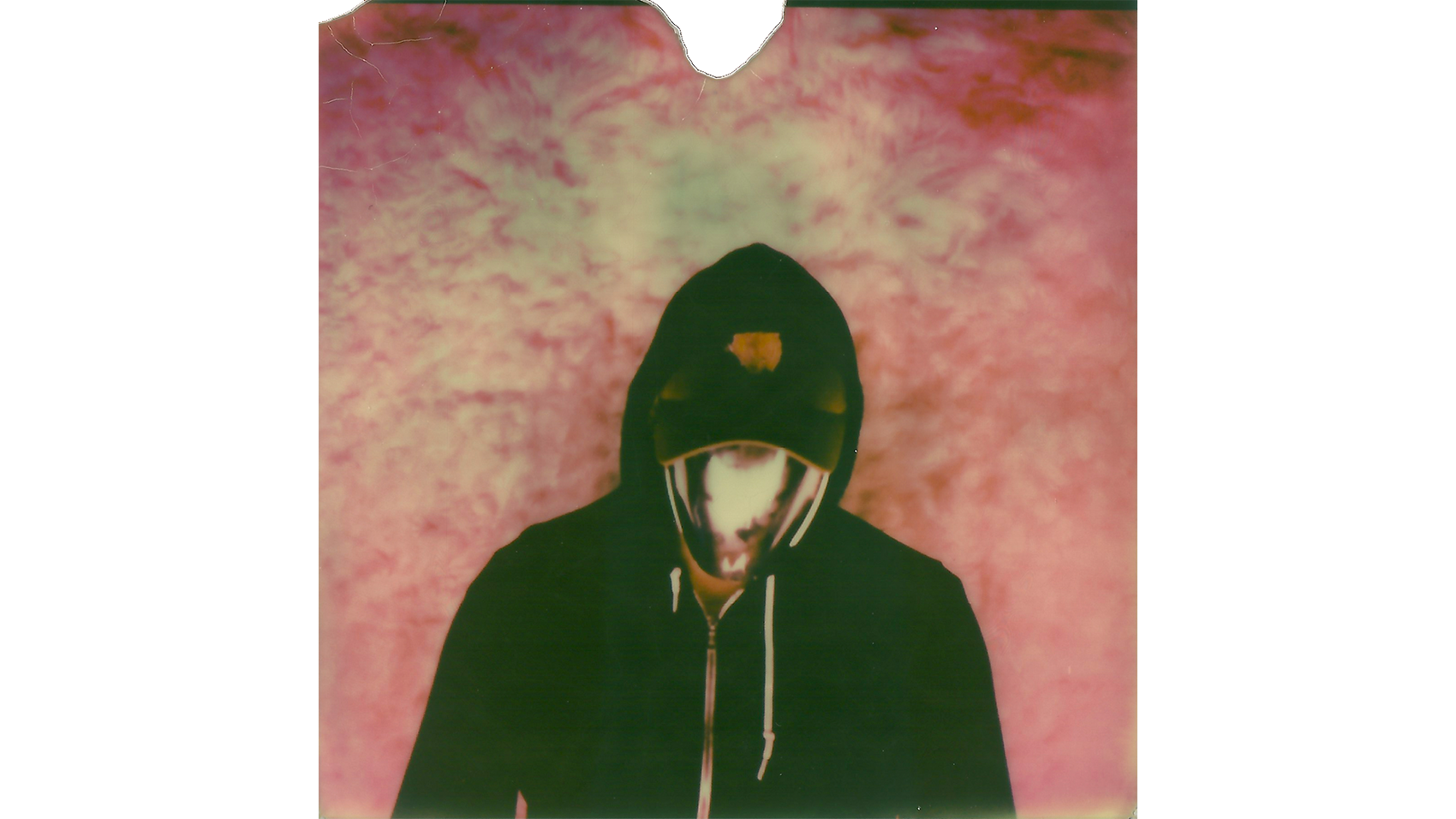 Whether it’s with the garbled post-everything pop of Black Moth Super Rainbow or the analog synth crunch of his solo material, Pittsburgh’s own Tobacco has spent the last decade and change sending out audio transmissions meticulously designed to bend your frontal lobe sideways. The sound world inhabited by this man of mystery (born Tom Fec) is violent but bubblegum-colored, mind-expanding even as it rubs your face in gravel. Sometimes, his accompanying visual aesthetic will drive home the surreal and horrific aspects of the music, but then other times, he’ll utilize 1980s exercise videos as a backdrop instead. Then again, maybe those two impulses aren’t all that different… 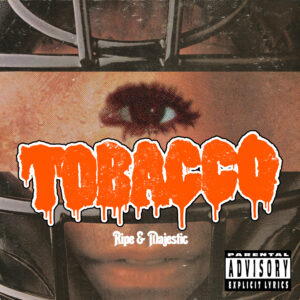 With Ripe and Majestic, a collection of rare and unreleased tracks due out later this month, Tobacco assembles a stockpile of dancefloor-friendly aural gunk and drops it out the window, making room to build the new worlds hinted at on last year’s Sweatbox Dynasty. We got him on the horn to talk about his music, opening for Nine Inch Nails, prank call legends, and 1980s horror directors whose names he didn’t recognize.

Your new album, Ripe and Majestic, is a compilation of rare and unreleased recordings from the last decade or so. Why’d you choose now to do an “odds and ends” collection?

I just had so much, I guess it was time to clean house. When you have so much clutter, it just kind of weighs on you, so you just toss it in the dump so you don’t have to think about it anymore.

Beyond just getting it out there, is there any intended common thread between the songs on the collection?

So you’ve got plans for a dramatic shift?

No, but I think a lot of people didn’t understand my last one (last year’s Sweatbox Dynasty), and it’s only gonna get harder to understand from here.

You produced a track on Love Me Tonight, one of the three records that (Antipop Consortium MC) Beans released earlier this year. Did his releasing three records simultaneously make you feel like you yourself should be more prolific?

Not at all! That’s just too much. He’s got to deal with that now. Beans is a friend of mine, and I wouldn’t want to be him right now. He self-released those records, and that’s just a lot of shit, a lot of work.

Another peer pressure question: Sweatbox Dynasty came out on Ghostly International, who have recently upped their Twitter game considerably. That’s a sentence I feel really gross saying, but y’know, they’re making a concerted effort to be funny and carve out a persona on there. As a musician, do you feel pressure to brand yourself or to be particularly entertaining on social media?

No. I don’t even feel pressure to be particularly entertaining in my music! I haven’t really talked to (Ghostly) about it, but it sounds like it’s working for them, and that’s awesome.

Well, you’ve done prank call recordings as Sbarro Hottopic, so you’ve shown that you’re capable of being, and are inclined to be, funny. I hear you’re a big fan of (cult prank call artist) Longmont Potion Castle, which I can vouch for as being the best possible listen for long stretches of tour driving.

He did a remix for me! On Black Moth Super Rainbow’s Windshield Smasher EP.

Do you have a favorite Longmont volume, and if so, could you point to why it’s your favorite?

Probably volume nine. It’s just hit after hit. Thirteen was really great, too, because he has so much personality in it. Sometimes he pulls back, but that one is all personality.

I’ve seen interviews where you’ve said that Longmont is your clear first place in the prank call world. Do you have a close second?

Not anymore, not really. I guess that, around the time I got into Longmont, I was really into Brother Russell, but I dunno if he’s doing his thing anymore. When I was a kid, y’know, I was into the Jerky Boys, but that’s a whole other thing. That’s like SNL or something. If the Jerky Boys were the Red Hot Chili Peppers, Longmont would be…I dunno, me or something.

You sometimes incorporate cassette tapes into your recording process. What is the best brand of cassette tape, and more importantly, which brand has the best label design?

Well, brand doesn’t matter because it’ll all end up getting chewed up eventually. I’m not brand-loyal, I just use what I can get. I like the look of the Memorex tapes from when I was a little kid. They had yellow spools with pink and blue printing. They were really Saved by the Bell-looking. 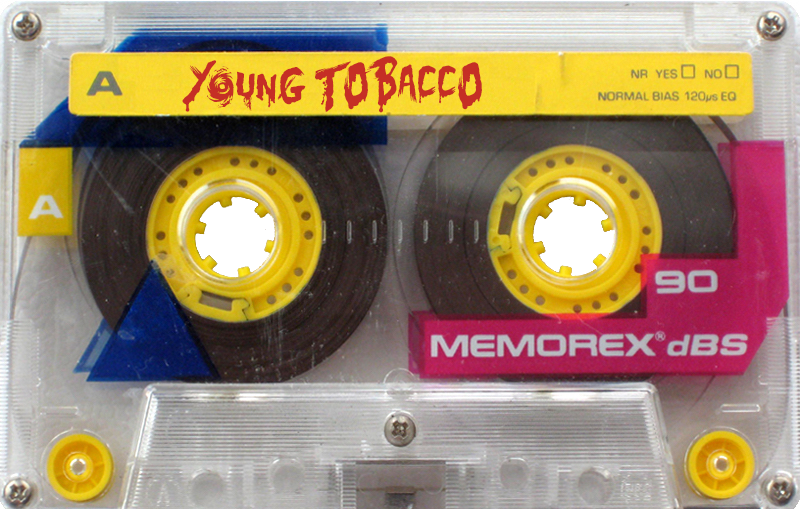 Good choice! I have a Bestron C60 sitting in front of me that’s just really beautiful, a really stark black and grey design. Also related to magnetic tape: a lot of the visual work that accompanies your music seems pretty influenced by VHS-era horror and its practical effects. With that in mind, I ask the eternal question: Frank Henenlotter or Stuart Gordon?

Honestly, I’ve never been obsessed with directors. I’ve heard those names, but what did they do?

Alright, Brain Damage or From Beyond?

I haven’t seen either.

I’ve never seen Re-Animator, but I love Basket Case. All three of them.

So, that’s Frank Henenlotter. In that case, you’ve gotta see Brain Damage, even just for the final shot alone…a career high point, if you ask me.

How was opening the first Nine Inch Nails concert in three years in Bakersfield?

It was surreal. Nobody had ever heard of us, but we were playing in an arena. I don’t think the audience liked us… they seemed pretty lukewarm, to be honest. Still, it was really cool just to meet those guys and hang out.

Did you grow up listening to Nine Inch Nails?

Yeah! They were one of the first bands I ever got into.

I talked to a bunch of MUSICIANS last week in roughly the same age bracket as you with that same kind of experience. How did their music most impact yours?

Well, I was listening to a lot of their stuff a while ago. I’d never realized it, but some of the melodic things I do, where I’ll throw in weird notes that don’t actually work, but which make it work for me, is something I totally get from Trent Reznor. It’s just deep in there, so I always thought it was me, but it’s actually him.

I guess that’s how it works, though…you just absorb different inputs until that mix of things becomes you.

other than Riot Fest, what do you have coming up next?

Some time off! I just finished the new Black Moth Super Rainbow album yesterday, so I guess that will come out eventually. It’s not really in demand, so we’ll see. It will probably just end up being me putting it out, even though I don’t want to be the one to do it.

Well, that’s crazy to me, but it’s a crazy world.

Yeah, I said I’d never do it again, but it looks like I probably will.

Anything else you want to tell the Riot Fest crowd?

Well, I just found out that we go on at like 12:30 in the afternoon, so I wouldn’t blame anyone for not coming to see us if they’re still asleep. I sure as shit wouldn’t get up that early to go to a festival.

Tobacco’s new album, Ripe and Majestic, comes out on August 25th via Rad Cult, and he warms up the Riot Stage for LIARS, Buzzcocks, Ministry, and Nine Inch Nails on Friday, September 15th from 12:35pm-1:20pm…so don’t forget to set an alarm that morning.