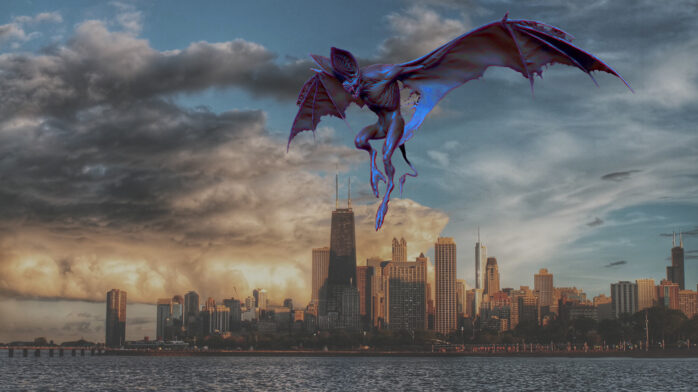 UPDATE: Three More Sightings Of Flying Bat-Like Humanoids Have Been Reported In Chicago 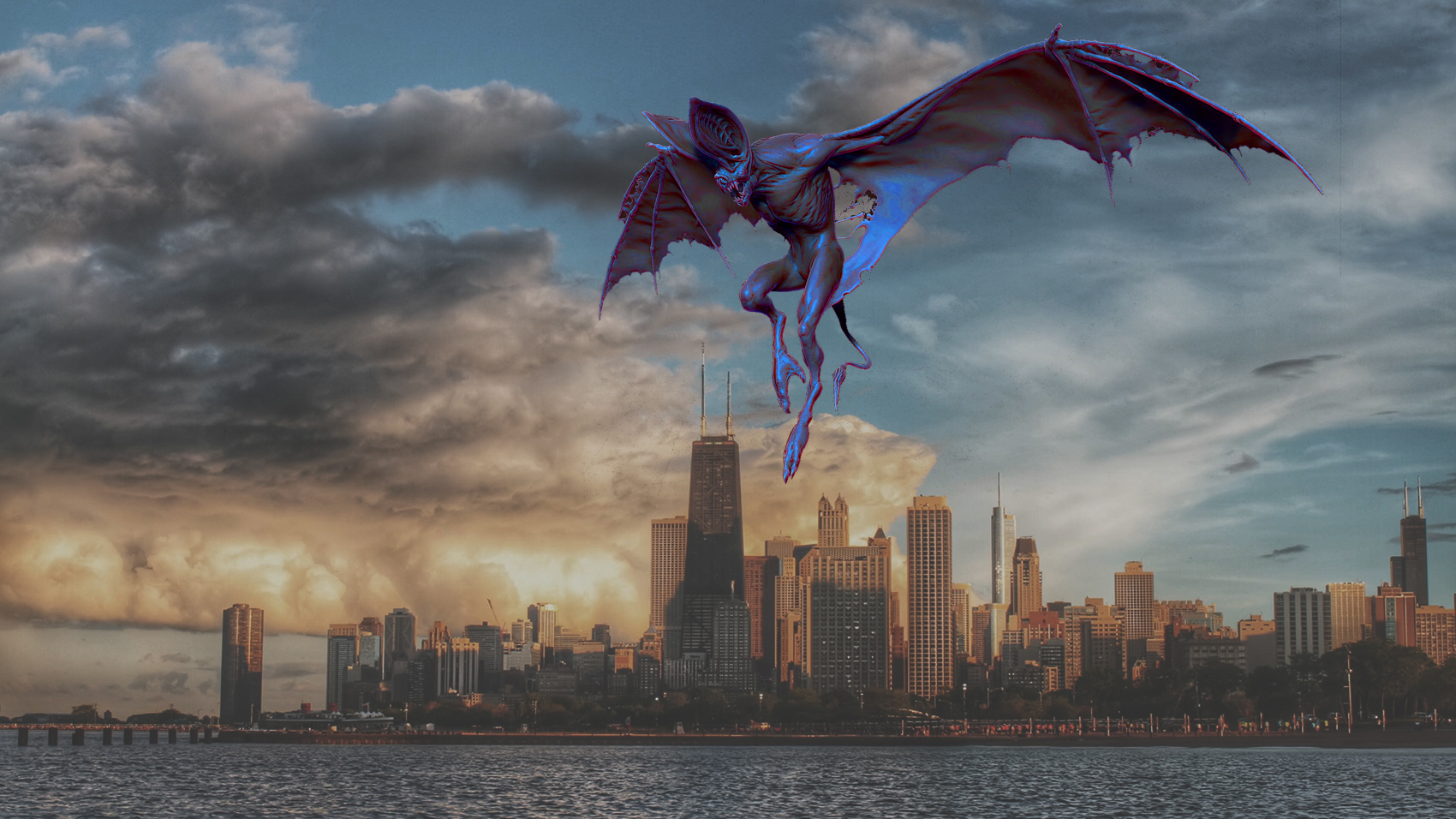 As we mentioned last week, more than a dozen sightings of a bat-like humanoid have been reported in Chicago this year.

The witness of the July 27th gave this description of the incident, “I was leaving work at about 8:45pm on Thursday night in The Loop as I walked the two blocks to the nearest train station to go home I saw a large batlike creature that was perched on top of one the streetlight poles across the street from the Harold Washington Library. This creature stood about 7 ft tall and was sitting there motionless.”

“This creature had a pair of glowing red eyes that appear to be fixated on something across the street. It stood there for about 6 seconds that’s when I saw a flash from a group of kids on the sidewalk as someone was taking a picture of this thing. It then spread open a large pair of wings flapped them a couple of times and took off into the air. The girls from that group of kids screamed and they all took off running.”

“I saw as it shot up and over the library and was gone in the matter of about two seconds. I was very shaken up by what I saw and talked to my pastor about it at church on Saturday. It was he who pointed me in the direction of this site where I can make this report, thank you.”

You can view a timeline of the sightings so far here, and an interactive map here.

To report a sighting, contact Lon Strickler at [email protected] or call him directly at 410-241-5974; or fill out UFO Clearinghouse’s contact form.

The Singular Fortean Society, a website dedicated to “investigating the impossible”, has recorded over a dozen different sightings of flying humanoids in Chicago in 2017. The most recent sighting occurred just last month in Logan Square, when a bouncer at The Owl saw a “bat-like humanoid” flying over the lot across the street from the bar.

The sightings have generally taken place in the late evening or at night in or near a park. Witnesses have all described a large, bat or bird-like creature with humanoid features. If you see any bat-like humanoids please contact The Singular Fortean Society.

The Singular Fortean Society has compiled a detailed timeline and reporting of all the sighting so far: