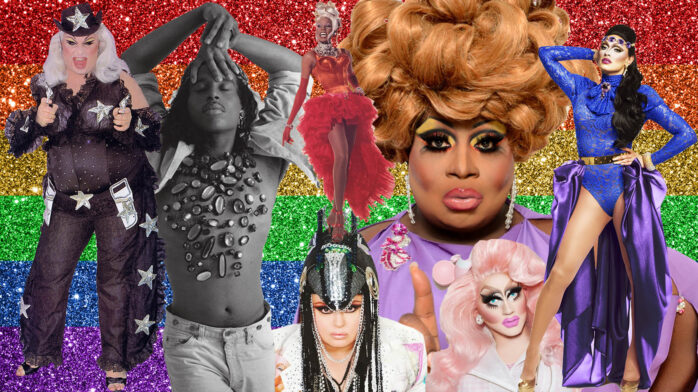 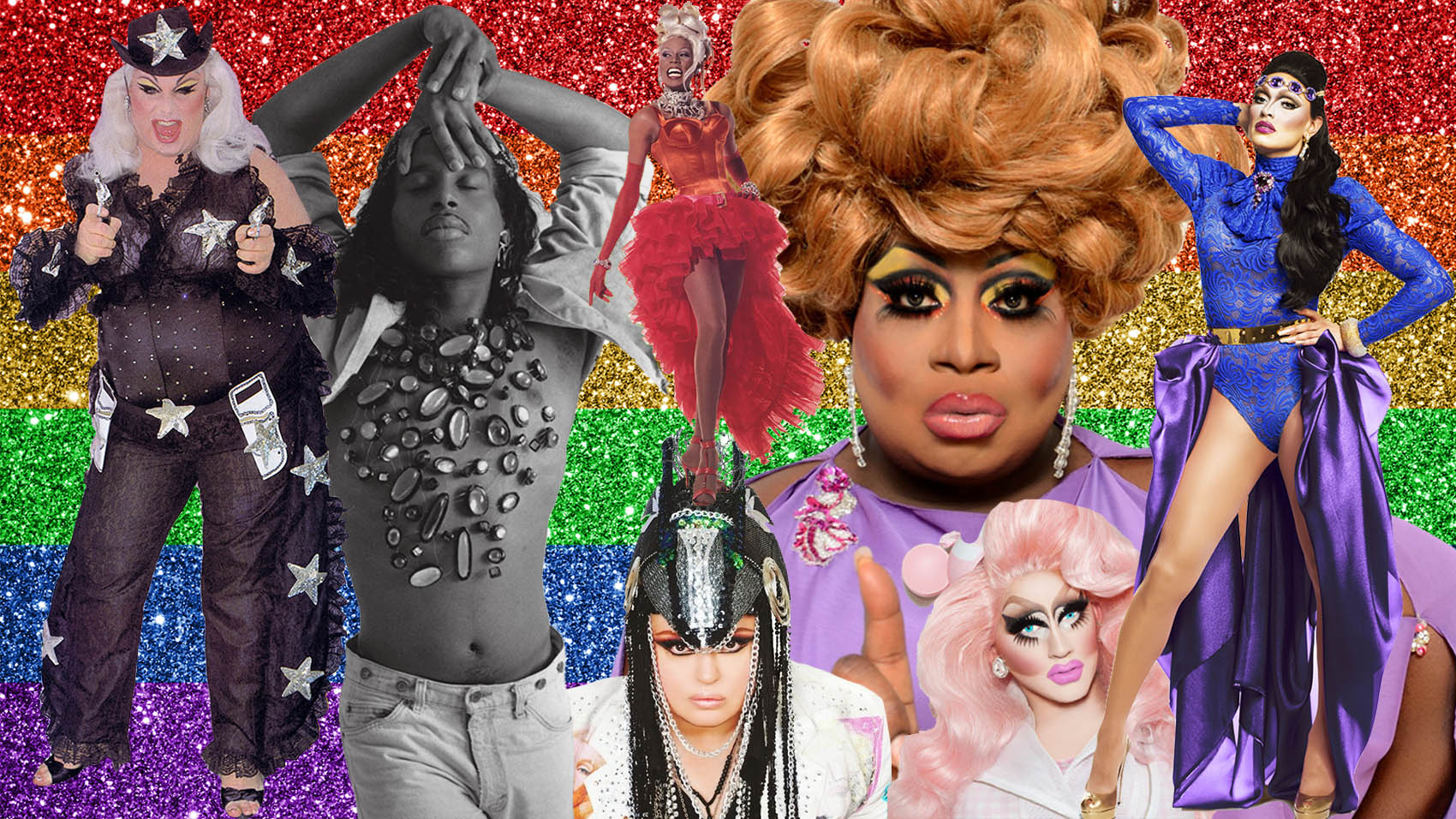 Lip syncing is a fundamental part of drag, whether in the sacred tradition of a shake-n-go wig-clad queen mouthing along to Gloria Gaynor in a dingy dive bar, or a young pageant queen lip syncing for her life on national television. But throughout her-story, certain multi-hyphenate queens have explored a more inventive route: releasing their own original music.

Drag queens ruled pop music long before RuPaul sashay-ed into Danceteria (especially if your definition of “drag” includes anyone who performs gender for a living, like Cher, Madonna, and Jon Mikl Thor). Extending the art form’s interpretive nature into the realm of original material, queens like Divine filtered traditional pop and disco through their ironic, gender-bending lens. By the early 1990s, Supermodel of the World broke RuPaul out of the underground to land spots on the Hot 100 and the roster of hip hop label Tommy Boy Records.

Ru showed that drag-derived art could be both earnest and ironic — and that it could become a mainstream hit. A decade or so later, this shift would become even more pronounced with the success of RuPaul’s Drag Race, the drag answer to America’s Next Top Model. Drag Race–whose All Stars offshoot returns for a third season this Thursday — would eventually make certain queens household names and serve as a breeding ground for a new generation of drag pop stars, like some of those mentioned below.

Though Divine (née Glenn Milstead) preferred to be known as a “character actor” rather than a drag queen, John Waters’ muse was undeniably America’s first drag superstar. Throughout the 80s, Divine was the fringe’s Queen of Pop, with tracks that fucked with gender constructs using hooky sincerity.

Willi Ninja wasn’t a traditional queen, but he helmed the House of Ninja, as featured the in the 1990 documentary Paris Is Burning. A dancer and choreographer, Ninja was a cult hero in the New York club scene and is considered the godfather of vogueing. (Madonna better pray to him every damn night.) It’s the kind of sticky, sweaty, bass-heavy track that should only be played after 3am — a treat for those with the stamina to stick around ‘til last call.

To the mainstream, drag of any kind was purely kitsch and camp until RuPaul came along. While there is a layer of irony in Ru’s “Supermodel of the World” character, his breakout track is one hundred percent pure banger — just ask Kurt Cobain. Along with Willi Ninja’s breakout success, “Supermodel” showed that New York’s gay club culture had become a global tastemaker.

Jimmy James, the world’s premier Marilyn Monroe impersonator, is a diva in his own right. Though he’s flown under the radar as far as the RuPaul Industrial Complex is concerned, “Fashionista” became a runway staple in the mid-aughts with its Eurodance influence and sardonic take on modern femininity as seen in the fashion industry.

Latrice Royale, a contestant on season four of RuPaul’s Drag Race, is the embodiment of old school drag: a high camp aesthetic, unflappable confidence, and wicked sense of humor. A true queen should be able to make fun of herself while simultaneously torching her competitors — or, in legendary big girl Latrice’s words, “I’ll make them eat it, then I’ll eat it myself.”

The sleeper hit of RuPaul’s Drag Race, Tatianna became an instant icon when she debuted this piece in spoken word form during All-Stars season two. It’s a prime example of drag’s predisposition to being at once subtle and campy, a combination that very few artists have the mettle to pull off.

Last year, RuPaul’s Drag Race season seven contestant (and current Viceland star) Trixie Mattel released Two Birds, a country album featuring both her her drag character and boy self (Brian Firkus) that hews surprisingly close to genre traditions. In the single, she takes classic country lyricism and injects it with her witty take on gender-bending, changing the game of what drag can be.