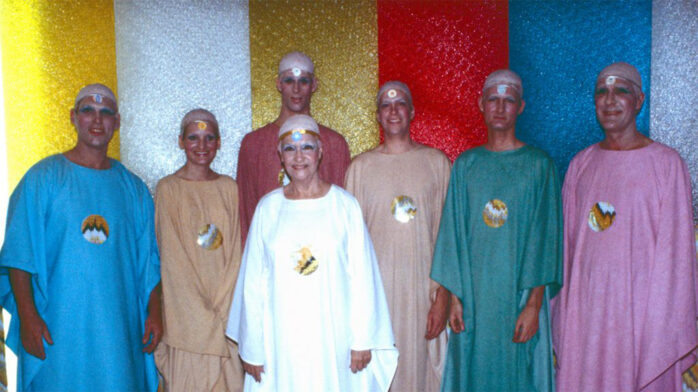 The Riot Fest Guide to Joining a Space Cult 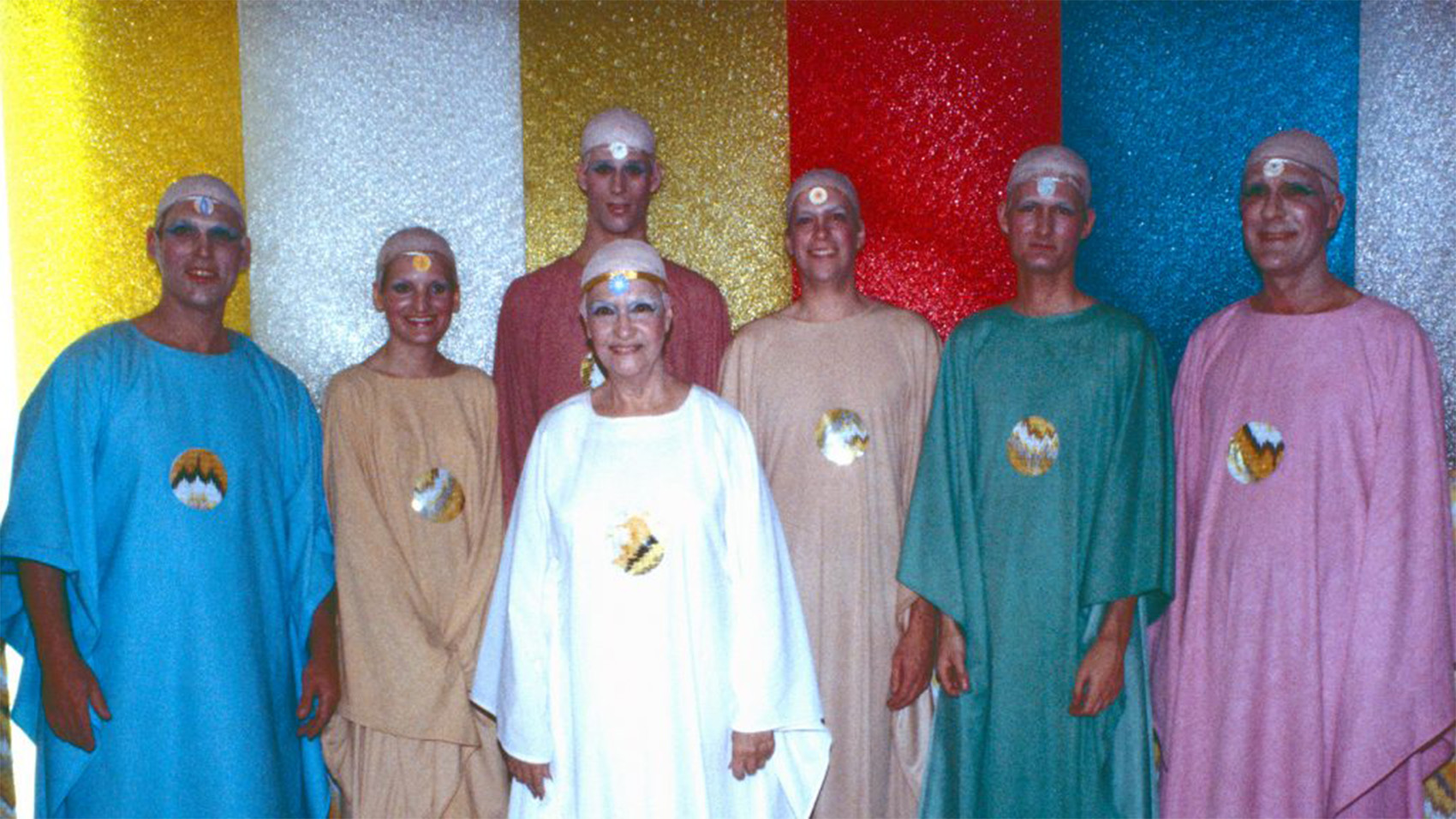 At some point in recent weeks or months, you may have found yourself thinking, “Yes, now is the time for me to finally give up and join a cult.”

Maybe it happened while you were reading about how the military is scrambling to get ready for the nuclear war that may or may not break out any day now, depending on what a couchful of insane human cartoons tells the President during his “executive time” each day. Or you were just imagining life under the emerging class of besweatered cryptobros who might end up owning the planet, provided Bitcoin somehow doesn’t completely tank. Or perhaps you were just trying to figure out what Bitcoin even is; and once you did, it made you want to give up on everything.

Maybe you got the idea from one of the many surprisingly popular cult-themed entertainment products currently on the market. Perhaps you were listening to the incredibly entertaining but empathetic Heaven’s Gate podcast and thought to yourself, “It sounds like these people had a pretty good time up until their mass suicide.” Or you were watching Hulu’s original series The Path and you thought, “It sure seems like being in a cult involves making time with a lot of attractive Hollywood actors.”

You could be one of many who ordered a Moviepass, only to realize after you registered and paid for your first month that it’s basically worthless until you get your physical card in the physical mail “within two weeks,” and you were like, “Get me out of this hellish waking Black Mirror episode that is modern everyday life.” Then the robots t

Either way, you’ve decided that life in the real world just doesn’t suit you anymore, and that you’d like to explore life under the worldview of a charismatic and delusional guru. Congratulations on making the only possible sane decision in our current day and age!

Now you just have to decide which cult to join. How are you going to know which one will be the perfect fit? There are a lot of cults out there that don’t have websites, or at least not ones that turn up when you Google “currently active doomsday cults” in a fit of existential angst. And with things going in the direction that they are, there are probably going to be more and more people hanging around public transportation stops, handing out cryptic literature that offers the solution to all of life’s problems. Maybe the cult that’s going to be the best fit for you is still a twinkle in the eye of a comic book-obsessed acidhead with a messiah complex.

So how do we figure out which cult is right for you? Like choosing a cell phone plan, it really comes down to knowing the right questions to ask.

Does the cult have a “mass suicide” vibe to it?

This can be surprisingly tricky to figure out. It seems like a lot of cult leaders don’t start out intending to ever command people to off themselves by the dozens, but a lot of them end up there anyhow. As the Heaven’s Gate podcast emphasizes over and over again, it took nearly two decades and a highly publicized government raid on the Branch Davidians in Waco for Heaven’s Gate to start turning apocalyptic, and well before Jonestown, The People’s Temple was just a chill church with a progressive attitude towards race. But if you’re looking at a group whose pamphlets put a lot of emphasis on specific dates in the near future or has the words “FINAL JUDGEMENT” in all-caps or claims to know the exact hour that the end of the world will fall on, you’ll want to steer clear.

The history of religion isn’t exactly crawling with visionary figures with reasonable attitudes towards sexual relations. It’s more likely that your cult is going to choose between one extreme or the other. Is celibacy, perhaps backed up by voluntary castration, more compatible with your lifestyle? Or are you leaning more in the direction of the Raëlians, who along with believing that life on earth was created by alien scientists, also espouse a free love philosophy and the “harmonizing” benefits of something called Sensual Meditation?

Are they going to ask me to live in a hole?

It may sound like a question that you shouldn’t have to ask, but there really seems to be a direct relationship between messianism and asking people to live in squalid holes. Just a decade ago, a Russian doomsday cult had to be dragged out of a cave that they had hidden in to ride out the apocalypse. On the other hand, the Raëlians have come out solidly against living in underground holes; and their planed embassy for when our alien creators finally return to earth appear completely non-subterranean, not to mention stylish.

Does the founder of my new religion have a section of their website devoted specifically to their career as a professional race car driver?

A good rule of thumb is to stay away from spiritual leaders who are gloomy and obsessed with doom. Try instead to find one with a can-do, carpe diem kinda attitude. Father Yod, the founder of the sex, drugs, and rock ‘n’ roll-loving Source Family, was famous for his adventurous approach to life. The fact that he died while hang gliding in Hawaii says a lot. Raël, founder of the Raëlian Movement, is one of maybe a small handful of religious leaders in the world to emerge out of the professional auto racing world.

Do the aliens have a plan for us?

If you keep up with the news, it’s painfully obvious that no one on earth really has a fucking clue how to fix all the shit we’ve gotten ourselves into. Our only real hope is that there are aliens out there that possess better problem solving skills than us, as well as the level of technology needed to solve them. You might want to consider getting on the team that’s gonna be first in line when extraterrestrial scientists use advanced technology to reincarnate us in brand new, perfectly-made custom bodies once the apocalypse happens (and who’s cool enough to put their teachings into super-cool manga format). Go Team Raël!

Aaand, that’s pretty much all you need to know to be able to make an informed choice on the end-times religious sect that’s right for you. Good luck surviving the coming apocalypse, and we’ll see you in Sensual Meditation class!