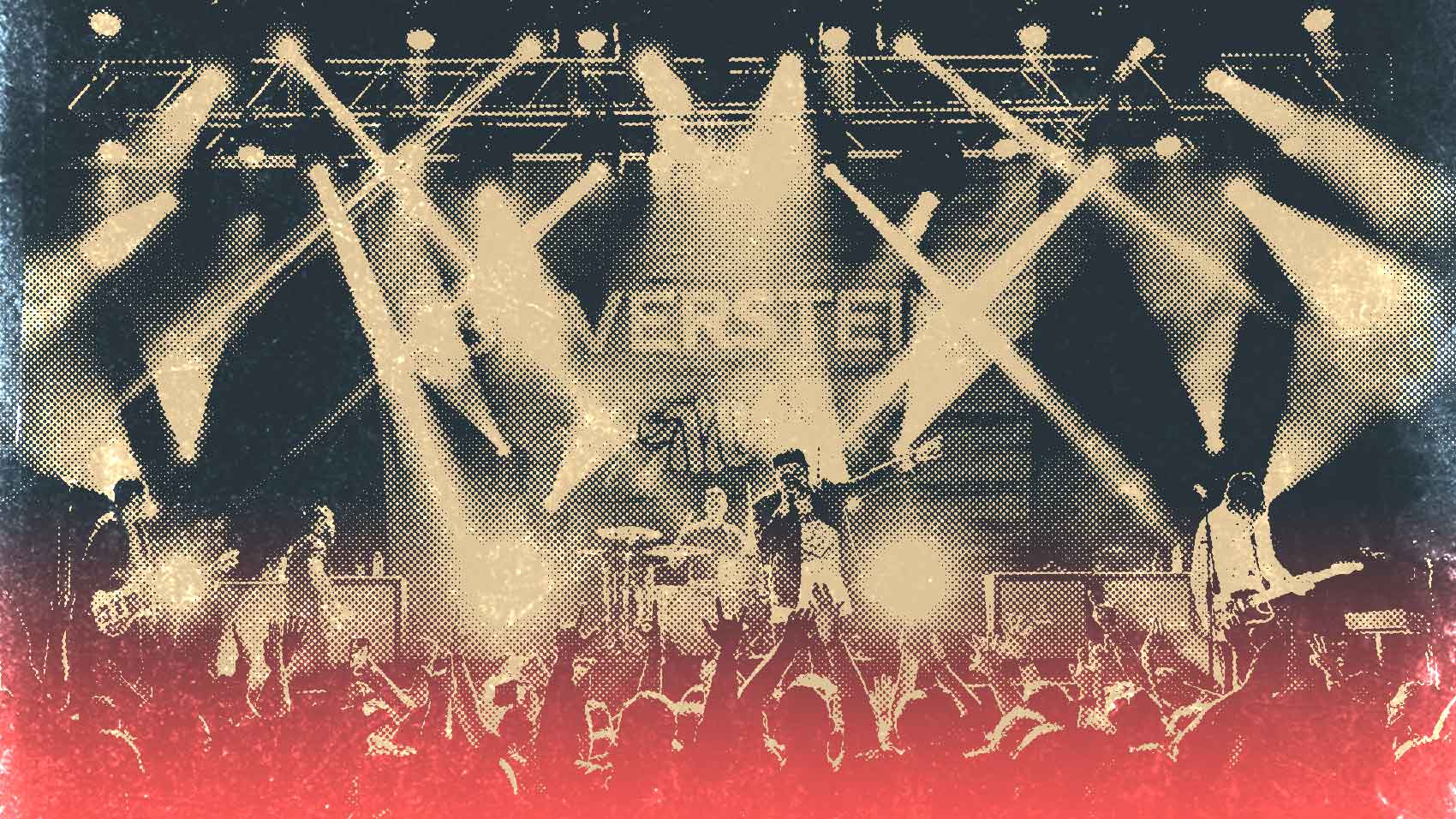 On January 5, 2001, Silverstein played its debut show in Burlington, Ontario, Canada — a local gig in a church alongside some friends. No one in the band could have guessed that they’d still be not only active 17 years later, but still incredibly influential with an entire generation who grew up on post-hardcore that’s equal parts sticky-sweet and bone-crushingly heavy. Silverstein has never taken a hiatus; the band is actually a model for freakish artistic consistency, having released a new full-length album every other year since 2003. (The latest, 2017’s Dead Reflection, is just as strong as the many that preceded it.)

Sure, the guys in Silverstein have never slowed down in the studio, but they’re also some of the biggest road warriors the scene has ever witnessed. They’ve played more than 2,100 shows since 2001. As of the end of last year, the total is 2,147 gigs alongside everyone from Arcade Fire (seriously) to Avril Lavigne (again, seriously), as you can see from the band’s exhaustive tour archive.

Out of all that touring, one city stands out more than any other: Chicago. The Canadian quintet has played the Chicagoland area more than any other city in the world — aside from their native Toronto — totaling a whopping 38 gigs in the Windy City.

“I think if I had to guess, I would’ve guessed Chicago,” says Silverstein vocalist Shane Told when asked about what U.S. city his band has played the most often. “Part of that is because [our former record label] Victory Records is there: We could stay in the city with the people who worked at Victory. Chicago felt like a second home; we knew the city like the back of our hands. The first time we ever went to America, the first show we played was at the Fireside Bowl in Chicago.”

Told brings up that show without being prompted, which bodes well for the inaugural installment of First/Last/Best Worst [working title], where we ask musicians to tell the stories behind their first, last, best and worst gigs in Chicago. Let’s begin!

It was a pretty cool place to go; I heard all these Chicago bands like Alkaline Trio and 88 Fingers Louie talking about it. We were nervous as hell. We’d only played in Canada. I’d been to the U.S. on vacation with my family, but I wasn’t super-comfortable. It felt like a foreign country to me.

The whole Victory office was there, and we didn’t want to blow it. I remember being nervous as hell, and [Victory owner] Tony Brummel came out and was talking about us like we were the greatest band of all time, and he said Paul played drums like Keith Moon. He made us feel comfortable. It made me feel like this was something we could do, and that maybe we weren’t completely out of our element. We met people at that show who we still see on tour, whether it’s in Chicago or elsewhere.

I remember the last three times we played Chicago on Warped Tour, they put us on first all three times! We did it in 2013, 2015 and 2017. In 2013, we went on first. Okay, no big deal. In 2015, we went on first again. We went on at, like, 11:20am, so we went out onstage, laid down and pretended to sleep. Then we played a sample of the old Blackberry alarm sound over the PA and pretended to wake up. That’s how we started our set that year.

Last year, we were so pissed that it happened again that we were like, “Ah, fuck it,” Warped Tour doesn’t keep track of that stuff; it’s random. Everybody’s gotta take their lumps. I think we’ve only ever played first once, and it was Chicago.

Chicago crowds are known to be pretty crazy — it doesn’t take a lot to get them going, even at 11:20 in the morning. The only bad thing about opening Warped Tour is having to hear fans saying, “I could hear you playing from the line outside!” for the rest of the day.

When you play a city as often as Silverstein has played Chicago, it’s bound to be a little challenging to remember your best show. (“A lot of those House Of Blues shows tend to blend together,” Told says of the 10 gigs his band has played there since 2005.) But one date sticks out in his mind as a milestone for Silverstein.

I remember one time we played at the Metro in February 2006 — we headlined, and it sold out. It was early on in our career, and the fact that we could sell it out made it very special. It was a very positive, uplifting experience. Everybody was moshing and trying to kill each other, but with smiles on their faces.

That little run — a week of shows with Spitalfield, Stretch Arm Strong, and With Honor — was if this was real. Discovering The Waterfront had come out six months before, and we were blowing up. So that little tour was us saying to ourselves, “Okay, let’s see what this is.” The shows did so well that it was really when we all said, “Okay, we don’t have to go back to school now. We can do this band for a couple more years.” And here we are, literally 12 years later.

Also, you know, Riot Fest 2014 was pretty good. It was really cool, because we shared the stage with Mineral. If you would’ve have told high-school me I would’ve played this big show in front of thousands of people and afterward, Mineral would go on? That would’ve blown my mind. That definitely stands out as one I will never forget.

Every band is bound to have a gig go sideways from time to time – and unfortunately for Silverstein, their least-favorite gig also happened to be a sold-out show where they were supporting Chicago’s favorite sons, Rise Against, in front of 3,500 concertgoers.

We were only slated for a 30-minute set that night, but I had this Chicago Bulls/Michael Jordan jersey that I wanted to wear on stage because, “Fuck yeah, Michael Jordan, everyone will love me, right?” I had bought it on eBay and had only worn it once before. However, it must have shrunk when I washed it, because it was way too tight… to the point at which I was struggling  trying to breathe during songs. It was, like, a youth medium! I was like, “Welp, I can’t take full breaths wearing this girdle.” That coupled with the short set made it not our finest hour.

[Of course, this is where Silverstein’s tour archive comes in handy: The band had spent the previous month on a coast-to-coast tour, which ended in Tucson the night before the Rise Against gig. Factor in end-of-tour fatigue with an overnight flight, and you’re bound to have a less-than-stellar gig.]

Here I am blaming it on a wardrobe malfunction, maybe flying cross-country was the bigger problem! 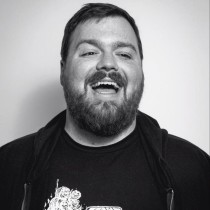