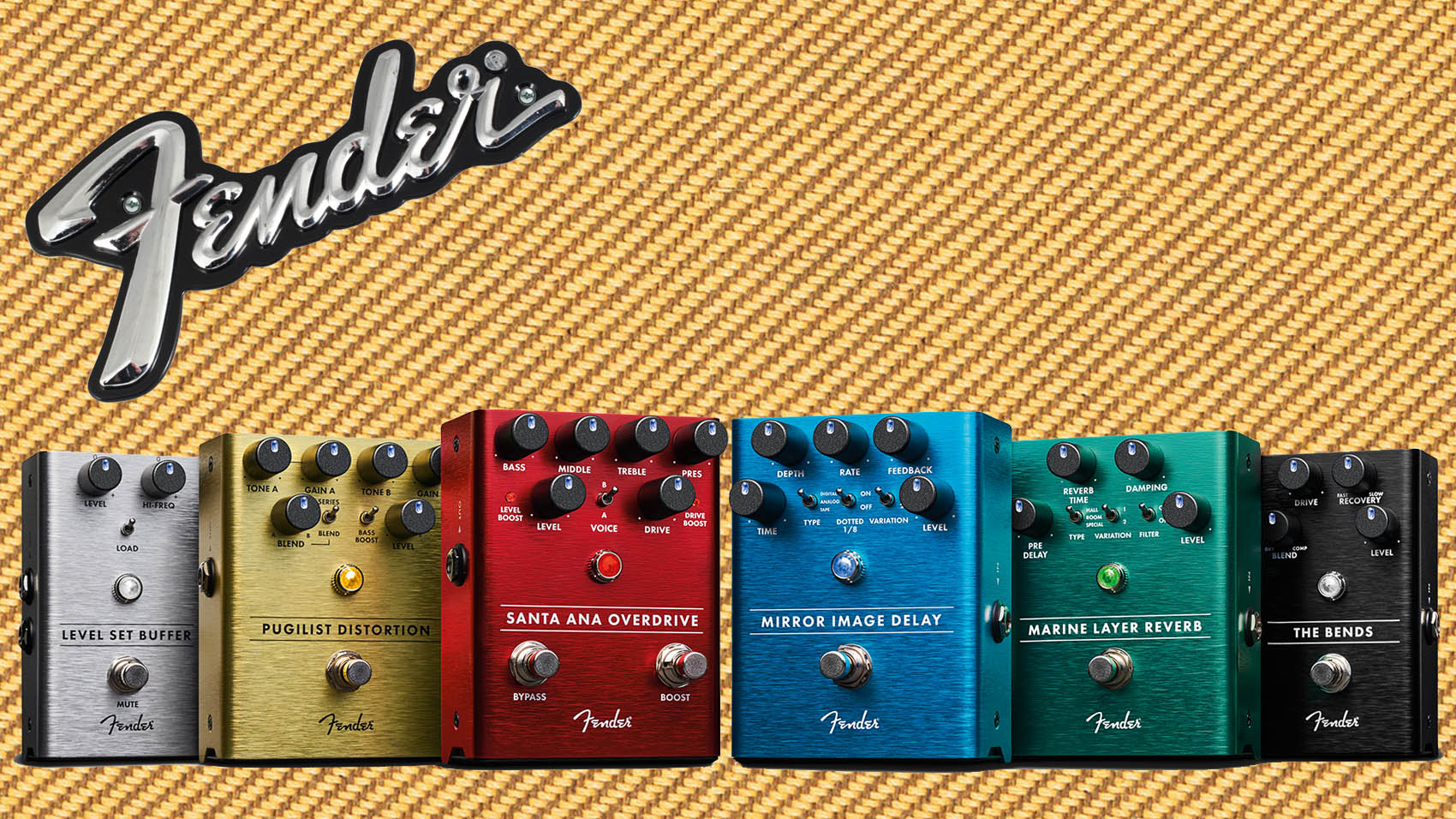 When you hear the words “Fender Musical Instruments Corporation,” you probably think of aerodynamic-looking guitars and tweed amps. Fender’s only made a handful of pedals in the 72 years since it was founded, and exactly one that anyone’s actually cared about: the respectably crazy-sounding Fender Blender fuzz pedal, released all the way back in 1968.

A full half-century later, Fender’s finally gotten around to releasing an actual line of actual effects pedals that are actually worth checking out.

I got a chance to play around with the whole collection at a Fender event recently, and my expectations were blown out of the water. To be fair, these expectations were extremely low. I love Fender, but I know their lackluster history when it comes to pedals. And knowing how big music gear brands tend to operate, I was fairly certain the line was either going to be cheap disposable garbage or a cringe-inducing attempt to copy what the cool kids in the boutique pedal world are doing.

To my pleasant surprise, what I found was six very well-designed effects pedals that do a few basic, straightforwards tasks extremely well. Designed by Fender VP of Product Development (and garage tinkerer) Stan Cotey, the handsome-looking collection includes all the hits: overdrive (red Santa Ana), distortion (yellow Pugilist), reverb (Marine Layer), delay (Mirror Image), and compressor (The Bends); plus a Level Set Buffer designed to make swapping guitars on stage a smoother task for your roadie (or cheap friend who didn’t want to pay a cover).

It’s a meat-and-potatoes lineup, but it’s meat and potatoes that you’d happily take over most of the more exotic stuff on the market these days. The overdrive and distortion both add crunch without washing out your tone. You can dial in some trippy sounds with the reverb and delay, but mostly they just do great-sounding, simple reverb and delay. Unless you gig professionally, you probably don’t care about the compressor or Level Set Buffer, but those work nicely too.

At a sensible price point ($99 for the Pugilist Distortion, up to $199 for the Santa Ana Overdrive) they’d make sense for someone new to the electric guitar to pick up as a way to familiarize themselves with the basics of effects, but with their solid construction, subtly killer design (this magnetic battery door should be the industry standard, and the LED lights on the knobs are pretty sweet), and non-nonsense work ethic I’m sure you’ll start seeing them popping up on stage with big touring bands. Because interesting backstories and stoner-y paint jobs are fun, but sometimes what you really want is a pedal that gets shit done.