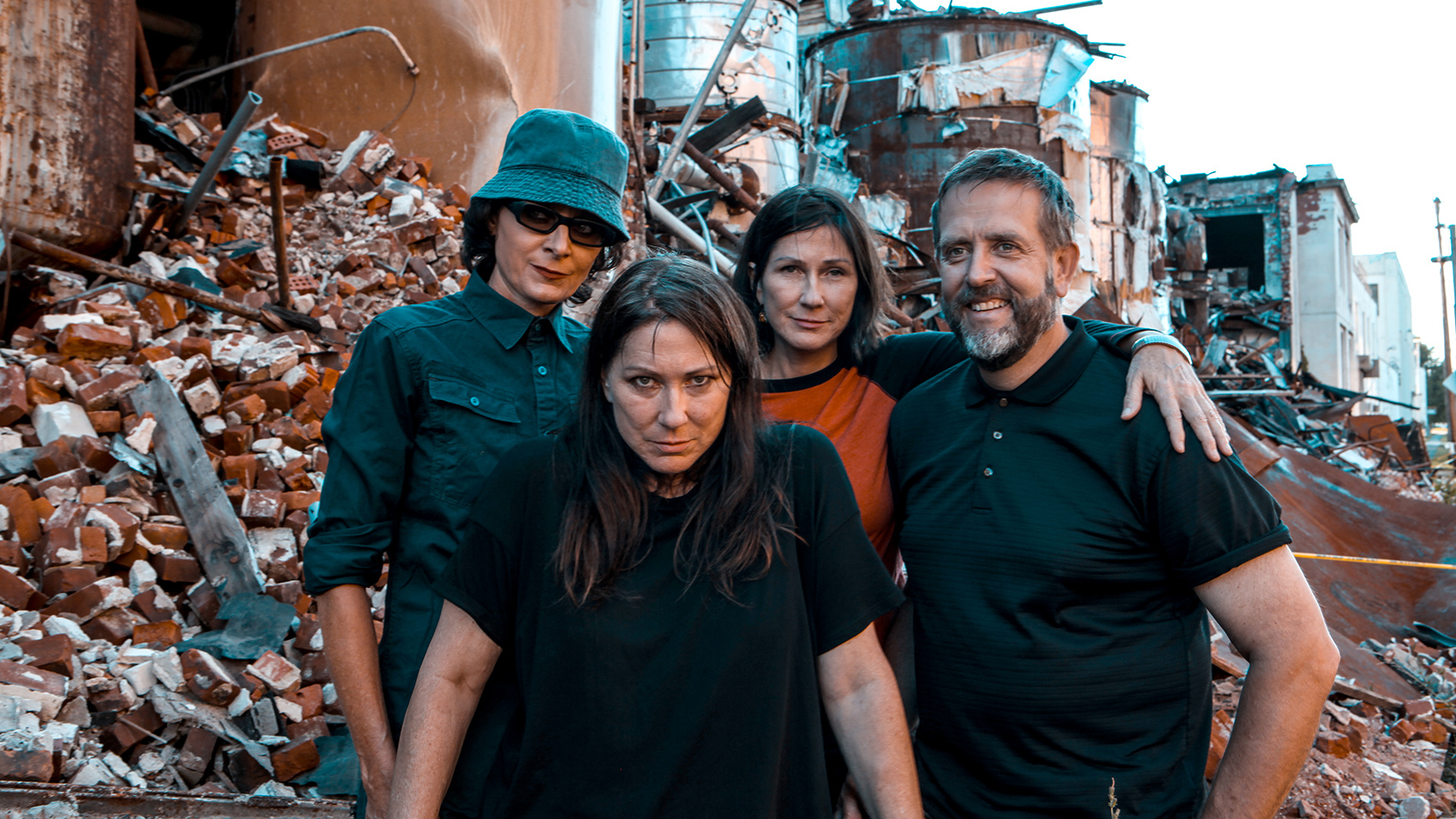 The Breeders’ fifth LP, All Nerve, hits stores and streams today. The band’s first album in a decade reunites Kim and Kelley Deal with bassist Josephine Wiggs and drummer Jim Macpherson for the first time since the landmark 1993 album, Last Splash. As you might have hoped, it delivers all the churning guitar riffs, quirky wordplay, and smooth Deal sister vocal harmonies that made the Breeders one of the few bands of the alt-rock era to go platinum without becoming uncool.

The bouncy bass line from “Cannonball” that dropped all over rock radio a quarter century ago may be the band’s strongest ammo in the rock canon, but real Deal fans know the Breeders’ best stuff takes some digging to turn up. So as you get your feet wet with All Nerve, take a dive into these ten deep cuts for a real coocoo perspective.

Last Splash was full of infectiously fun hits (“Divine Hammer” and “Saints” come close to matching the unshakeable hooks of “Cannonball”), but it also brought a wealth of woozy indie-punk love songs. The album opener, “New Year,” runs sweet harmonies through dynamic speedups and slowdowns. The mystical lyrics sound like Kim Deal is proclaiming herself the goddess of a new religion, and her divine delivery will make you want to convert.

In another life, “Roi,” with its fuzzed-out barrage of guitars and stark drum fills, might have been a simple homage to British shoegaze, but the band keeps things more intriguingly weird with unexpected shifts into murky deep ambience. The lone muddy-sounding one-liner (Raw / Where the shot leaves me gagging for the arrow) is a hidden gem embedded within a hidden gem.

Steve Albini considers Pod one of his best works, and the Breeders’ debut album was high on Kurt Cobain’s favorite-record list. They may have been thinking of this song when they made those rankings. “Iris” switches tempo from a drowsy, mellow daze to a banging rage of drums and off-kilter, high-pitched guitar slaps; cut through by Kim Deal’s often childlike voice.

The Breeders’ early lineup included co-founder Tanya Donnelly of Throwing Muses. Before leaving to form Belly, Donnelly imparted a unique element to the Breeders’ that was never quite matched without her. “Oh!”—written by Donnelly and Deal for the band’s first demo—strays from that 90s noise rock toward a more raw, nomadic vibe, thanks to a weepy violin dirge.

The Breeders’ secret weapon has always been the contrast between sweet and salty, and “Hag” is among the songs that showcase it most effectively. Kim’s lyrics may drip acid—You’re just like a woman / You’re on again—but when the Deal harmonies sweep in, all is forgiven. Are they referring to the slimy marine hagfish or the lady down the street with the grimy apron who no one likes? Does it even matter?

A standout song on an album packed with classics, this smoldering ballad finds Deal revisiting a flamed-out hookup that she’s convinced she can reignite. Co-written with Kelley—who contributes the long drags of Southern-tinged guitar reverb—the song swirls around frustration and heartbreak in the dreamiest of ways.

Both of the Deals have openly struggled with addiction off and on throughout their careers, and they confront it from a unique angle on this sleeper jam from Last Splash’s long-awaited followup, 2002’s Title TK. This (at least partially) autobiographical gem revolves around a strange tale of a raging alcoholic who’s taken up inpatient residence Hollywood’s famed Cedars Sinai rehab clinic… and an iguana that may or may not be imaginary.

One of the Breeders’ trademarks is opening albums with tracks that highlight their instrumental interplay, with minimum lyrical content. (See also: “Glorious” from Pod and “New Year” from Last Splash). In “Overglazed,” Kim’s bounces the phrase I can feel it off of wavy psychedelic guitar and rave-up drumming to set the mood for an album that is seen to many fans as a welcome return to form.

As far as lyrics go, Kim usually does more with less. On “German Studies,” she’s way more verbose than usual—just in another language. EmDunken and du bruise may or may not be actual German words; and if there’s a reason why she’s singing in German in the first place, she never bothers to explain. Either way, a cavalcade of clear guitar riffs drives a stiff, militaristic chorus of German studies racing headlong down the autobahn.

The Breeders sound confident and refreshed on All Nerve, even as they dig deep to wrestle with loneliness, isolation, and outright anger. From its quick punk rock switch-up at the onset to its crushing finale, “Archangel’s Thunderbird” is just what you want a classic Breeders song to be: vibrant, intertwined, and unkempt. Kim, who plays all guitars and bass on the track, reaches beyond her vocal comfort zone to bust open a celestial tale about the boss divine messenger… and his sweet ride in the sky.