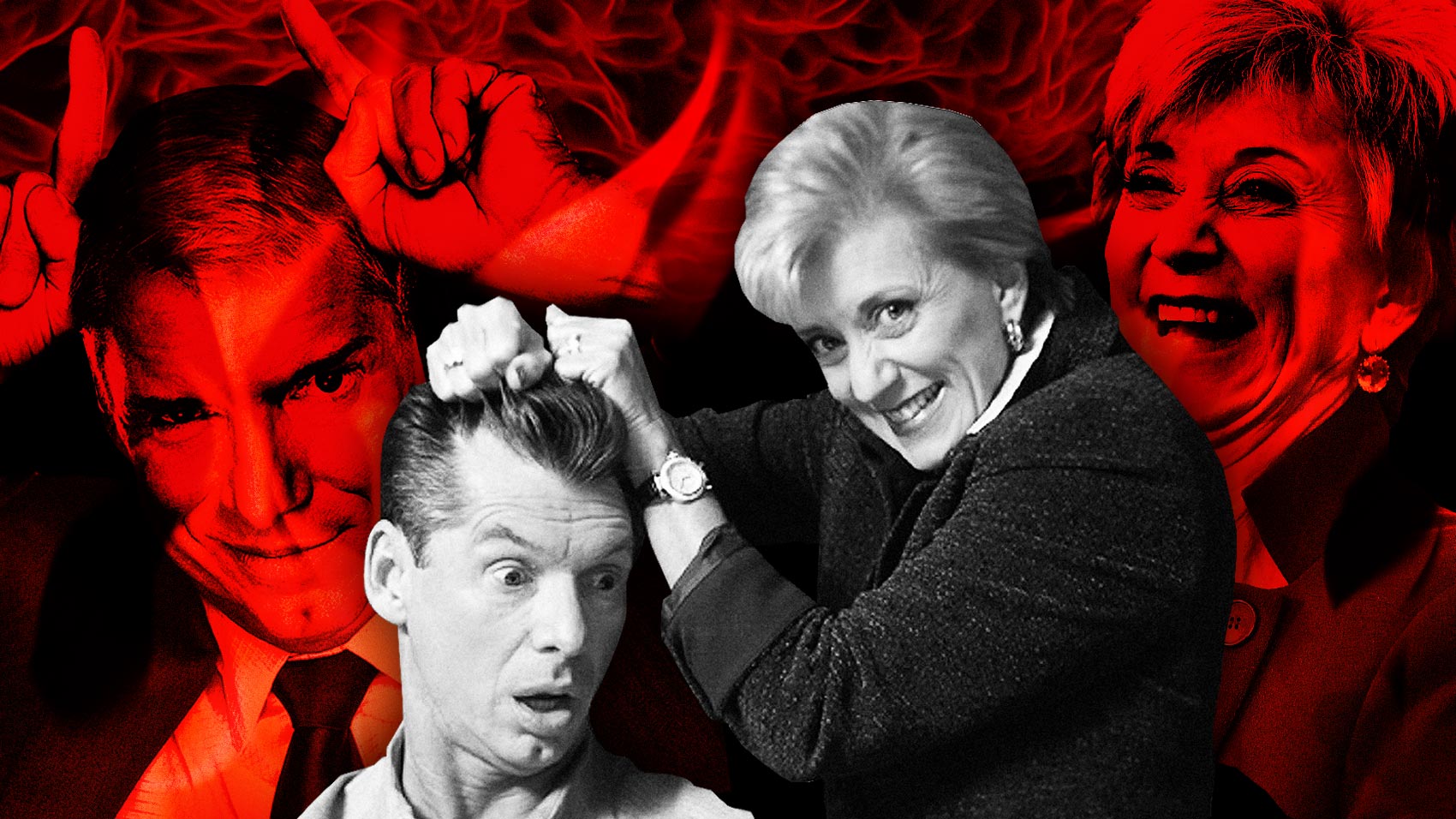 At the 2018 TCA Winter Press Tour last January, WWE showed a sizzle real bursting with celebrities, minus any who’d gone on to political office. No Arnold Schwarzenegger, no Barack Obama, no Hillary Clinton, and, most notably for someone with so much history with the brand, no Donald Trump. When asked, CBO Stephanie McMahon said that WWE “made a strategic decision not to put forth any type of partisan politics at all,” the key words being “at all.”

Trump’s WWE connections go back to the late-80s Hulkamania days of WrestleMania IV and V, which were held adjacent to Atlantic City’s Trump Plaza, the venue’s title sponsor. April Fool’s Day in 2007 WrestleMania 23 played host to the Battle of the Billionaires, in which WWE chairman and CEO Vince McMahon wagered his hair against Trump over a proxy match Bobby Lashley and Umaga (Trump got to keep his golden locks). In 2009, Trump “bought” Monday Night Raw in a storyline that caused the company’s stock to plummet in real life. In 2013, Donald J. Trump was inducted into the WWE Hall of Fame.

It’s not every day that a person in a wrestling hall of fame becomes President of the United States, but here we are. Despite this, the company’s still tries to maintain a non-partisan stance… despite McMahon’s wife Linda—the former CEO of WWE—having been appointed to Trump’s cabinet last year as the Administrator of the Small Business Administration.

Wrestling’s fan base can likely boast its diversity more now than at any other time in its history. If you’re on Twitter, wrestling days are a flood of people who don’t fit the traditional wrestling fan stereotype. For many fans, wrestling provides an escape from the toxicity of day to day life under this administration. It’s understandable, then, that WWE would want to bury Trump in their video archive.

However if politics are off the table, why did three marquee matches at WrestleMania 34—held earlier this month in New Orleans—focus on labor rights?

Those matches—Ronda Rousey and Kurt Angle vs. Stephanie McMahon and Triple H, Daniel Bryan and Shane McMahon vs. Sami Zayn and Kevin Owens, and Roman Reigns vs. Brock Lesnar—all involved wrestlers making complaints against their bosses, all of them members of the McMahon family.

Former MMA star Rousey, having just jumped ship over to WWE, used her in-ring debut to fight Stephanie McMahon and Triple H for the right to control her career and image from her new employer.

Zayn and Owens, who’d been feuding with Shane McMahon in some capacity since last summer, were fired by SmackDown commissioner Daniel Bryan after attacking McMahon backstage, before an eventual tag match at WrestleMania to decide their fate as roster members.

Reigns’ motivation in challenging Brock Lesnar was to stand up his fellow Raw wrestlers who, like him, showed up to every show while part-timer Lesnar gets Vince McMahon-sanctioned favorable over the rest of the roster.

The fact that these storylines are about labor disputes makes them effectively political. The WWE—a monopoly with union busting in its past and its ex-CEO in Trump’s cabinet—is a political entity, and its storylines ought to be examined as such. It’s hard to look at a wrestler like Zayn—a Syrian Canadian who raised funds for a mobile medical clinic in Syria before the company turned him heel—and see him as a non-partisan figure. In a pre-match photo taken with the WrestleMania set as his backdrop, Zayn wore a Dropkick Murphys shirt bearing the lyrics to “Take ‘em Down,” each line a call to unionization.

Take the bastards down. pic.twitter.com/ND5dVo4PWL

The McMahons seemed to be the only people to see this as non-partisan storytelling, acknowledging the suffering as a good P.R. opportunity.

Labor lost two out of these three matches. Even when Rousey submitted McMahon, it was after 20 minutes of tawdry action that saw the decidedly less experienced McMahon fight off Rousey’s submissions. Reigns lost in a brutal, muddled match and walked out of the Mercedes-Benz Superdome alone. Most disheartening of all was the Shane McMahon and Daniel Bryan tag team, which came together quickly after WWE’s doctors cleared Bryan, whose wrestling career was seemingly cut short in 2016.

Looking past the moralizing of whether or not Bryan should wrestle, what was particularly irksome about Bryan’s teaming with McMahon—beyond the implications of his return match deciding whether or not Zayn and Owens’ contracts were to be reinstated—is that Bryan, as a character and as an employee of WWE, has ardently fought against the whims of the McMahon family.

Bryan’s crowning achievement, beating Triple H, Randy Orton, and Batista at WrestleMania 30 and winning the WWE Championship, came after months of abuse by Triple H and Stephanie McMahon, who deemed Bryan a “B+ Player” and didn’t think him fit to represent the company.  Bryan gave up his title in 2014 after neck surgery, returned in early 2015, and was shunted into an unnecessarily dangerous ladder match for the WWE Intercontinental Championship, which he won and vacated in short order due to issues with concussions.

Bryan was never shy about his intent to return to wrestling—in his going-away promo, he promised to wrestle again. During his time on the shelf, Bryan was remarkably open about his status, how WWE’s doctors claimed he couldn’t compete, while medical professionals outside of WWE cleared him to work.  WWE’s hesitancy to clear Bryan was understandable given concerns over concussions and CTE, but Daniel Bryan was 34 years old at the time, wanted to go to work, and had people he trusted telling him that he could do so. He also had two years left on his WWE contract and an employer that was, for the bulk of those two years, unwilling to budge or let him walk. In short, a labor dispute.

Despite all of that, WWE made the story of his return match about Shane McMahon heroically fighting off two trained wrestlers despite suffering from diverticulitis. In victory and defeat, Vince McMahon’s children looked superhuman.

The cycle of fighting against and aligning with the McMahons has been the main feature of WWE storytelling since November 9, 1997: The Montreal Screwjob, where Vince McMahon colluded with (or coerced, depending on who tells the story) Shawn Michaels and referee Earl Hebner to take the WWE Championship from Bret Hart, who was leaving the company for McMahon’s chief rival, World Championship Wrestling.

The finish—McMahon calling for the bell while Michaels had Hart in an early match submission hold—was a result of McMahon’s actions: asking Hart to negotiate with WCW so he could cut his 20-year contract, then booking him against Michaels, whose relationship with Hart was so poisoned that Hart refused to drop the title to him. Bret Hart’s 13-year WWE career ended acrimoniously due to a labor dispute which, absent a wrestler’s union or arbitration process, ended in a very real betrayal.

The Screwjob is a wound McMahon won’t let heal. He used Hart’s departure to become a villain, and 20 years of WWE television since then suggests that he’s still trying to square himself with the fact that Bret Hart knocked him out and denied him the last word.

After Hart, Steve Austin took off as a working class antagonist to Vince’s megalomaniacal billionaire. The Austin era was rife with anxiety between the McMahons and their employees. Austin got the better of Vince, who fought back by picking surrogates he promised to crown champion. Wrestlers were recruited and discarded as necessary, fighting for or against McMahon on the basis of that promise.

I’ve lost count of how many wrestlers have been screwed out of the WWE Championship by a McMahon. I’ve lost track of how many wrestlers have been handcuffed and beaten on WWE television, in images that evoke anti-labor violence. From Austin forward, the idea of being the face of the company is what’s driven WWE storytelling. To be the face of the company suggests approval from the McMahons, which is given and withheld as necessary.

WrestleMania closes a WWE “season,” but the next night is always Raw, forcing everybody forward with no real resolution. The wrestlers who make it to the main event are thus forced into McMahon’s web, cycling from heel to face until the distinction doesn’t matter. Even Austin, the rebel prototype, wound up hugging McMahon in the main event of WrestleMania 17, begging the chairman for his favor. That’s how Daniel Bryan, a wrestler who came up the same way as  Zayn and Owens, ends up denying them a career that they fought for just as much as Bryan did his.

Everything that happens in WWE is a reflection of Vince McMahon’s belief in control, a tool he leverages against a worker’s right to autonomy. You don’t have to mention Donald Trump or Linda McMahon to make WWE’s product political. When you make the company and the family that owns it main characters, politics are a given. Try as they might, the McMahons can’t escape this, and neither can their audience. This is Vince McMahon’s house, and we’re all living in it until it burns down. 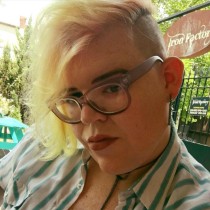