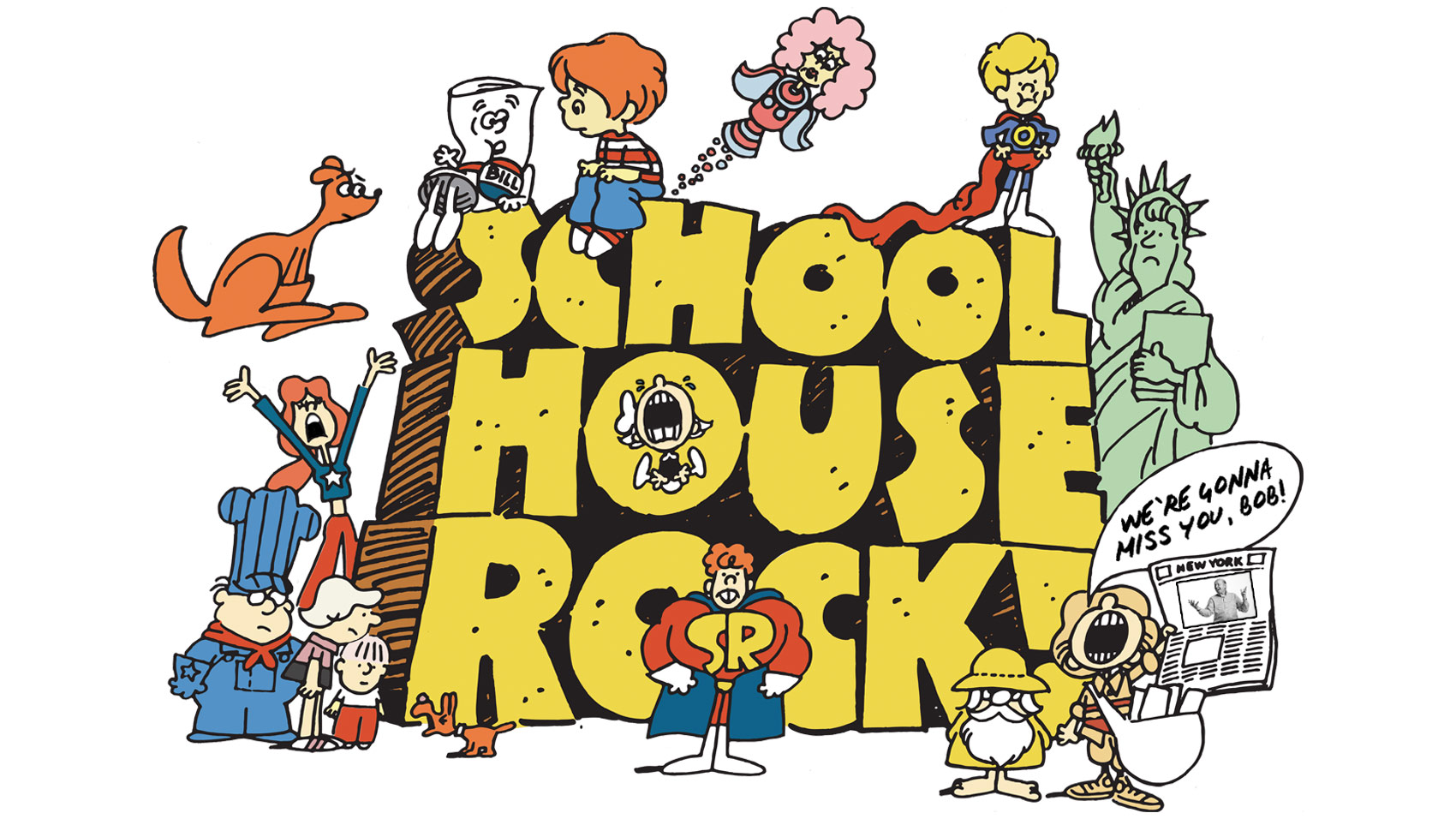 As a bebop and cool jazz vocalist, he’s one of the few cats to have ever sang on a Miles Davis record. As a musical director for ABC’s educational TV series Schoolhouse Rock! in the 1970s, he penned a genre-fluid library of songs that taught kids grammar, science, biology, history, and life. Dorough seamlessly made math both less scary and more fun for generations of children, which is extraordinary.

Check out this list of our 10 favorite Schoolhouse Rock! songs that were either written or co-written by Dorough. Then do yourself a favor and watch more than what’s on this list, such as the classics “Interplanet Janet,” “Body Machine,” or “Them Not So Dry Bones.” Your rapidly deteriorating brain will thank you.

In this soft-rock sleeper, the question is posed: “What’s so wonderful about a zero / It’s nothing, isn’t it?”

Not so fast. Dorough’s ode to nothingness squarely puts the mysterious digit on the same lofty plane as astronauts, sports heroes, and rescue dogs. Plus, he includes this mind-blowing fact: adding as many zeroes as you want to a number eventually leads to infinity.

Dorough uses the proverbial fat cat (a downtrodden blues riff), an actual fat cat (puffing a cigar the entire time), and a game of pool to illustrate how nine is one of the hardest numbers to multiply, then makes that number super easy to conquer. 9 x 5 is 45, and 9 x 6 is 54? I’m gonna need a minute.

Dorough never talked down to kids in his music; and while he often used facts that would twist anyone’s brain, he was confident that kids could handle it. “Figure Eight” is one of the calmer, piano-based songs in the “Schoolhouse Rock” multiplication series, and is also quite psychedelic.

In the dead of winter, a girl in a one-room schoolhouse daydreams about the number eight—the “circle that turns ’round upon itself”—and how it looks like the infinity symbol when placed on its side. Another mind-blower.

Dorough uses a soulful, rollicking R&B co-write to tackle the rather complicated subject of women’s suffrage. The song, which aired in 1976, is still relevant: Just three years ago, women in Saudi Arabia were finally awarded this equal-rights opportunity.

One of the catchiest songs on this list teaches counting by fives in rapid-fire succession, as a game of hide and seek is played. Singing the tune is still a perfectly acceptable way to count by fives—not that I would know.

In this ode to electromagnetism, Dorough lays down an easygoing funk beat, and then provides a boon to cruel big brothers nationwide by explaining how you can quite easily zap somebody with your finger in a carpeted room to scare the shit out of them.

Understanding adverbs can be damn confusing. So in this jolly piano jingle, Dorough ingeniously explains the concept using the bargain-basement store as the backdrop.

The funniest part is when the littlest Lolly asks, “Suppose you’re going nut-gathering. Your buddy wants to know where, and when.” Only during a time like the early 70s,—when it was totally okay to let a cigar-chomping, overweight feline teach math—would this be an acceptable example of how to use an adverb.

This is the one that started it all, and earned Dorough the chance to helm the Multiplication Rock series. “Every triangle has three corners / Every triangle has three sides / No more no less / You don’t have to guess,” goes the song. When you put it that way, it doesn’t even matter that we don’t know why three is a magic number.

The extra-big linebacker with the number 30 who repeatedly tears a hole in the stadium gets me every time.

This funky-as-hell soul number is extra empowering for kids. Instead of just dryly teaching verbs as action words, Dorough enhances the song by making it all about you: living your dream and doing what you want, when you want, and using piles of positive verbs until you get the warm fuzzies.

“You’re what’s happening,” the chorus sings as a boy envisions being a superhero; because when you’re a kid, anything’s possible. This is easily the coolest song Dorough ever made.

Sung with gusto by Schoolhouse Rock!‘s deep-throated master Jack Sheldon, the clip uses train cars meeting up, then pulling apart on the eponymous depot’s maze of tracks, playing off of conjunctions’ role as the rendezvous point between nouns.