Last month, we announced some breaking news: The Brokedowns’ have a new album called Sick Of Space coming out on May 18th, thanks to the friendly, hard-working staff over at Red Scare Industries.

Today, we have another breaking news byte from the Brokedowns: The premiere of a new lyric video for “Led Zeppelin III,” the 11th track on Sick of Space and the second video dropped in as many weeks (Chicago Reader brought us “Pardon the Light” last week).

“Led Zeppelin III” is about being on acid when you’re 17, and features what appears to be either archival footage of an indistinguishable classic rock band, or the Brokedowns forgot to shave the morning of their big video shoot. Whichever it is, we don’t care… because after jamming to “Led Zeppelin III” all morning, we’re just looking forward to hearing the rest of the new album. 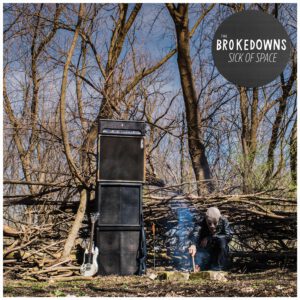 That’s the Way to Buy Sick of Space

Some Sharp Dressed Praise for the Brokedowns…

“They rip!”
-The Band’s Record Label