As our friends at Pitchfork Music Festival get Union Park ready for their big party this weekend, us Riot Fest folks have been carefully studying their lineup in anticipation of another great weekend in Chicago.

Despite the diverse musical taste of the Riot Fest staff—look closely, and you’ll find a John Mayer fan or two among us, shhh!—and our aversion to spending more time at these things than we have to, Pitchfork (July 20-23, Union Park, Chicago, IL) is one of the festivals we all attend and enjoy.

Below is where you’ll find us this weekend. Be sure to stay hydrated, wear sunscreen, and buy your Pitchfork Music Festival tickets here. 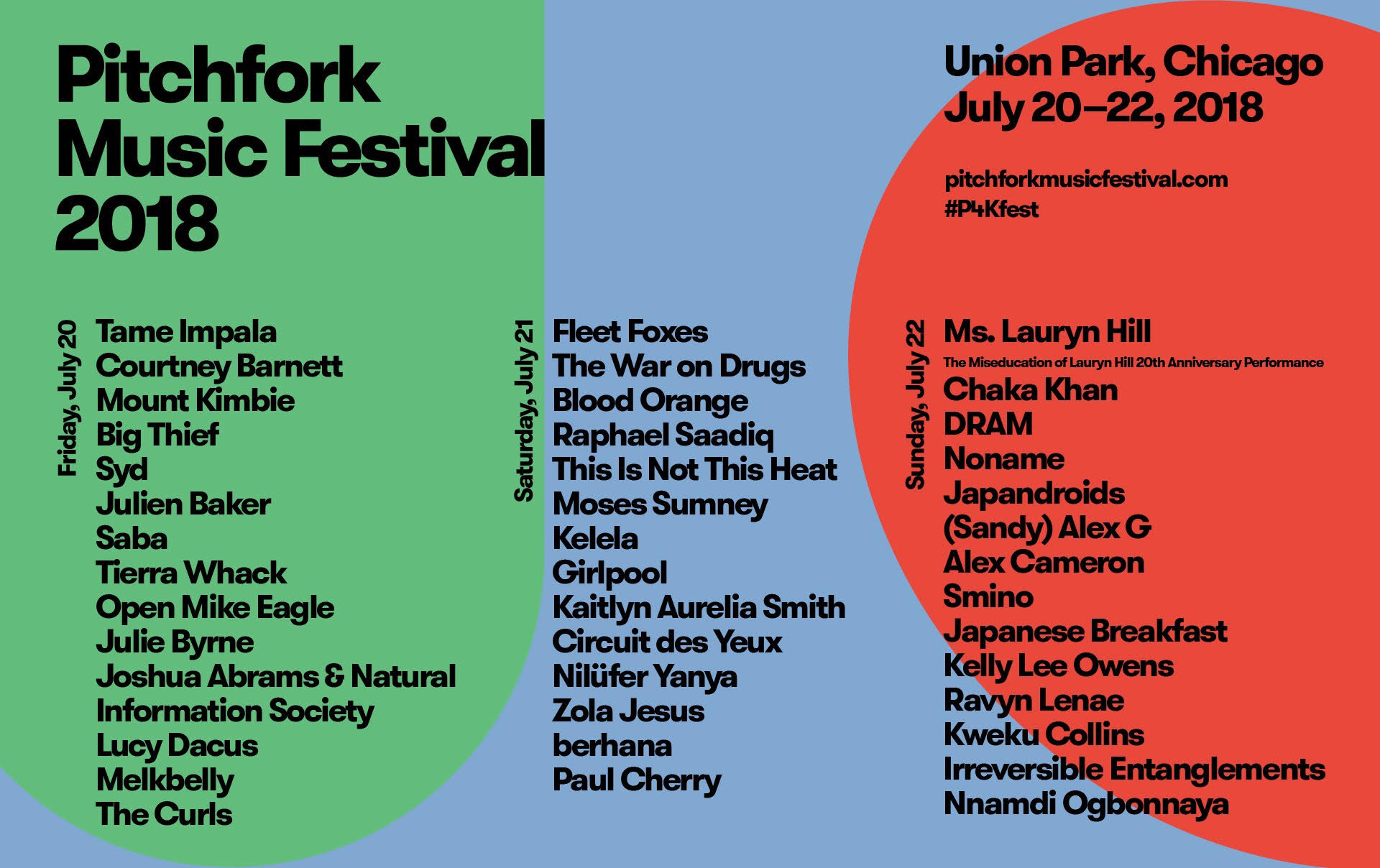 There’s something special about getting to see some local favorites climb the ranks alongside national touring acts. That is why I am most excited to see Nnamdi Ogbonnaya this Sunday at Pitchfork Music Festival. He takes the stage a little early (1:00 on the Green Stage), but I have a feeling there will be no better way to start the day and dive into the last leg of the festival than with his surely energetic and entertaining set. Nnamdi extremely talented, showcasing versatility in style and sound. You’ve just got to see the performance for yourself!

The only thing smoother than these lumbersexuals’ vocal harmonies are their hands.

Japandroids are a great rock and roll band and I’m so happy that they are playing Pitchfork. They do the Three Chords and a Dream thing better than most bands out there right now. I truly hope a circle pit opens up when they play “The House that Heaven Built.”

If you went to any sort of liberal arts college in the late 1990s this was a CD that everyone owned and played non-stop. You velcroed your portable CD player to the dashboard and plugged in the CD to cassette adapter, rolled down the car windows and blasted this CD. It had everything. It even had bonus tracks! Remember those? And besides the personal nostalgia factor, The Miseducation of Lauryn Hill is still a great album. (Bonus Pick: Go see Noname on Sunday at 5:15 at the Red Stage)

The first time I heard Japanese Breakfast I was on a drive from Salt Lake City to Minneapolis. My friend paused his music and said, “I’m going to turn this all the way up because you’re gonna love it.” (He was right.)

Since then, I’ve been a fan and it’s amazing to see the ever-growing support. Japanese Breakfast is something I put on during late nights, long drives, and when I need a good cry. It’s kind of like a comforting hand to hold in the dark, and I think we all need that sometimes.

Why do I want to see 10 time Grammy-winning superstar Chaka Khan?! One word. POWER. She exudes it. I cannot wait to see this living legend spread her beautiful, majestic energy all over Union Park. Bring on the funk, bring on the soul, bring on the sugar (specifically, her new single “Like Sugar”). I mean, she has a song called “I Love Myself” – if that’s not a power message, I don’t know what is.

I’m the oldest member of the Riot Fest staff, and therefore the most likely to be out-of-touch with what the kids are listening to these days. True-to-form, lately I’ve been unable to put down the Electric Light Orchestra long enough to get to know anybody on this lineup.

Thankfully, my better half is hipper than I, and is enamored with Courtney Barnett (and Ms. Lauryn Hill, and Tame Impala, and being open-minded), and I’m diggin’ on the quirky Ozzie’s vibe. Let’s hope she delivers some strange magic tomorrow night (and that Mr. Blue Sky hangs around all weekend).