Viral sensations The HU have a new single to share called “Shoog Shoog.” The track is off the group’s upcoming debut album The Gereg, which arrives September 13.

Haven’t heard of The HU? It’s a Mongolian folk metal band, combining hearty throat singing and shredding with traditional instrumentation—horsehead fiddles and jaw harps, to name a few. The band calls the cross-genre “Hunnu rock,” a name lifted from an ancient Mongolian empire called the Hunnu. It’s a combo that absolutely rips. Listen to “Shoog Shoog” below:

The HU’s first two singles both went viral with millions of views, long before the group had even toured. The band’s lyrics feature Mongolian poetry and war cries, adding a deep layer of history to its music. Tovshuur player Temka described it to Vice: “We researched ancient Mongol history, music, poetry and instruments. Then we married the traditional with modern to create this unique Hunnu rock sound and look that has become The HU.”

You can peruse the track listing below and pre-order the record now—you won’t want to miss The HU at Riot Fest this year. 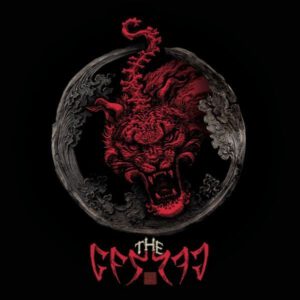