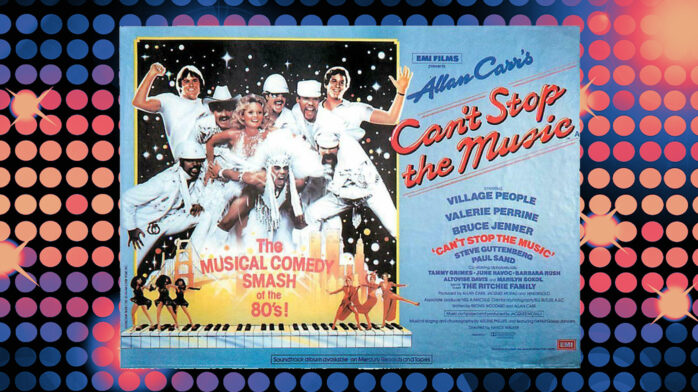 When this year’s Riot Fest lineup was announced, my esteemed colleague Robert Ham responded on Twitter, in a fashion wholly appropriate for an intrepid music journalist:

Don't know why y'all are burying the lede that the Village People are playing Riot Fest.

Indeed. Village People is a pretty good get! They were one of the biggest groups of the disco era, scaling vaunted mainstream heights in their day, and their biggest hits remain wedding reception/sporting event staples four decades later. Most remarkably, they managed all this despite (because of?) the fact that said songs are packed with coded references to gay cruising culture (what, you think they were going to the YMCA to play basketball?). Really, in their own funny, surreptitious way—and yes, I’m saying this partly because I know it’ll raise some hackles—the Village People were kinda… punk?

Maybe you’re not so sure about all this, though. After all, you hate fun. You’ve never been to a YMCA. You didn’t even dance at your sister’s wedding. Is it possible for a sourpuss like yourself to be sold on something as purely pleasure-driven as the Village People? There’s only one way to find out: a little film called Can’t Stop The Music. If you can’t get behind the Village People after this movie, then I can’t help you (lucky for you, Shout! Factory just reissued the film on Blu-ray, so you can watch it sparkling hi-def).

Can’t Stop The Music was the Village People’s attempt at A Hard Day’s Night, a largely fabricated origin story for a group at the height of their powers. The sole feature-length film directed by actress/comedienne Nancy Walker (most known as Ida Morgenstern from The Mary Tyler Moore Show and Rhoda), it’s a dazzling spectacle of glitz, skin, and corny double entendres. Though critically panned and a commercial disappointment in its day, many (this writer included) now consider it a camp classic.

The plot of Can’t Stop The Music is simple: struggling composer Jack Morell (Steve Guttenberg, playing an obvious stand-in for Village People’s Jacques Morali) has a lot of big ideas, but can’t catch a break. His roommate, freshly retired supermodel Samantha Simpson (Valerie Perrine), is skeptical of Morell’s ambitions at first, but is on board to help after seeing a crowd respond to his material at a local disco. Morell is no great shakes as a vocalist, so the two work together to assemble a ragtag group of singers from their neighborhood in Greenwich Village (yep, thus the name) to perform his songs.

Stumbling into the group’s backyard debut, uptight tax lawyer Ron White (a pre-transition/post-Olympian Bruce Jenner) gets over his initial culture shock and gets involved in polishing the group for stardom when he’s not busy falling for Samantha. Though the Village People initially fail to secure a record deal with industry powerhouse Marrakech Records (again, a clear stand-in for the Village People’s label, Casablanca), they decide to throw a big party in San Francisco to introduce the group to the world, and convince the label that they’re viable (spoiler: it works).

As is usual with this kind of movie, the plot is really just a flimsy frame on which to hang overblown musical numbers, which are unsurprisingly great. Racy, too: at one point, Samantha agrees to come out of retirement to do a milk commercial on the condition that the Village People be in it, resulting in a hilariously suggestive paean to milkshakes, and any virgin eyes viewing the segment featuring their biggest hit, ‘YMCA,’ would be shocked by the ample amounts of well-toned, all-inclusive locker room nudity.

As one may gather, Can’t Stop The Music is goofy as hell, and the story is only nominally related to how the group actually came together. If you’re the type who’d be bothered by that, though, you’re probably not the type to appreciate this film. It’s fantasy—a “Singin’ in the Rain for the disco crowd,” as producer Allan Carr described it at the time—designed for maximum spectacle, not maximum realism. More boring fans might claim that it’s “so bad, it’s good,” but I take umbrage at that: in fact, it’s very good at being exactly what it’s supposed to be, a lighthearted, campy, sexy popcorn movie with an underlying message of tolerance.

Might The Village People stick out at a punk-centric event like Riot Fest? Maybe so (although they’ll fit in fine with the carnival rides). The Village People, though, are used to sticking out. As Can’t Stop The Music affirms, it’s what they’ve been doing since the start, and they do it better than almost anyone.