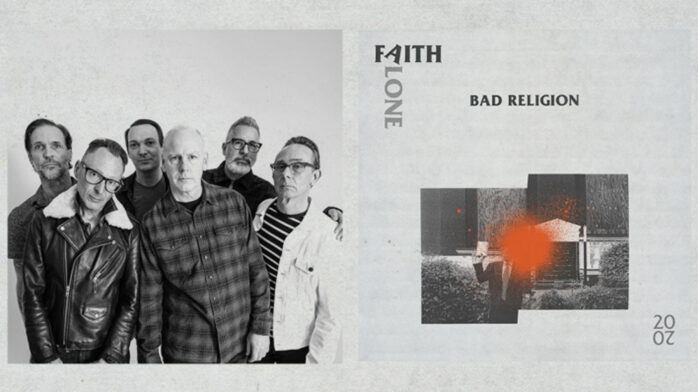 Bad Religion have just released a new orchestrated version of “Faith Alone,” a song originally released on 1990’s classic Against the Grain. Listen below.

Founding member Brett Gurewitz describes the radically reimagined track as “particularly relevant for this moment.” Recorded entirely remotely, it opens with just Greg Graffin’s vocals and a piano, in stark contrast from the band’s typical two-guitar setup. The strings come thanks to the addition of one-man orchestra Stevie Blacke, who’s known for his work with artists like Beck and Lady Gaga.

“I think the message of ‘Faith Alone’ really resonates with everything that’s happening right now,” Graffin describes. “Racial injustice, Trump, the COVID pandemic, the rejection of science, none of these things can be solved by burying our heads in the sand. We’ve always believed problems can be solved through reason and action, not faith and prayer. It’s what we’ve been writing about since the band started.”