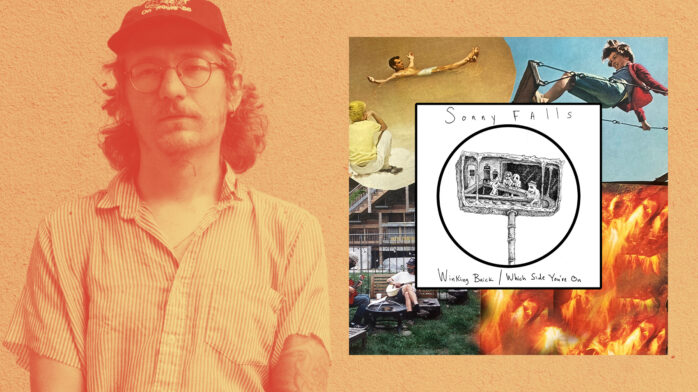 Chicago’s Sonny Falls—the indie rock project of singer-songwriter Ryan “Hoagie Wesley” Ensley—are following through with their two-songs-at-a-time release schedule with a pair of new songs premiering today. “Winking Buick” and “Which Side You’re On” are two tranquil tracks off Ensley’s third album, All That Has Come Apart / Once Did Not Exist, which has been slowly released across 2020. You can listen to both below.

To Ensley, the inspiration behind the songs go hand-in-hand. “When I was 19, I was a busboy at an Italian restaurant on the South Side. I’d drive my busted Buick there in the mornings, I’d get paid in $2 bills and Sacagawea coins, and then I’d go home, smoke weed, and watch Seinfeld,” he reflects. “Back then, I was recovering from a tumultuous few years, when a bunch of my friends made some terrible decisions that forced me to grow up really fast.”

“That story is detailed further in ‘Which Side You’re On,’ but it’s a song about the fine line between being there for people and being there for yourself,” Ensley continues. “‘Winking Buick’ and ‘Which Side You’re On’ are two sides of the same coin that detail the most crucial times during my early years, and they’re also the more wildly personal songs on the record.”

The Hoagie Showgie · Which Side You’re On

The rest of All That Has Come Apart / Once Did Not Exist will be out on December 15 (you can head over to Sonny Falls’ Bandcamp and hear the 11 total tracks they’ve released thus far). Preorders are also available for both vinyl and cassettes of the double LP; you can view the artwork and tracklist below.

SONNY FALLS
All That Has Come Apart / Once Did Not Exist
Plastic Miracles
Release Date: December 15, 2020 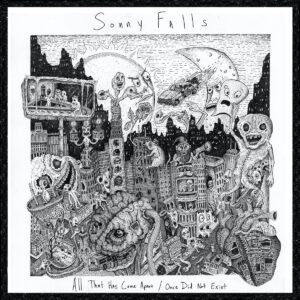