Sex was always complicated—now that there’s a pandemic going on, it’s trickier than ever. So it’s no wonder that a lot of people are choosing to go their own way until things calm down (if you catch our drift). Lucky for those who are “going solo” for the time being, while the world at large is a little fucked at the moment, the world of sex toys and self-pleasuring is basically the techno-utopia of our dreams. 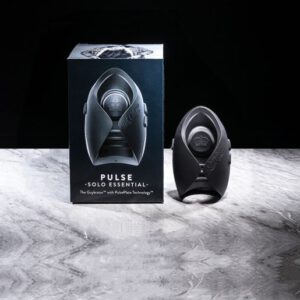 
You can think of the Hot Octopuss Pulse Series as a cybernetic extension of your jacking-off hand. (Or not, if that metaphor is too terrible for you.) The egg-shaped device cradles in your preferred palm and adds vibration, as well as some additional wrap-around stimulation, to spice up your usual routine. Or you can go hands-free if you want to try something new. It’s the ideal choice for anyone who feels weirded out about the idea of bringing inanimate objects into their sex life. The vibrating Pulse Plate delivers nine speeds and five different oscillating patterns that feel great even if you’re not hard, while the fancier models add remote control and a second vibrator unit for couples play.

Is it weird to put your dick in it? Minimally. Close your eyes and you can pretend your tried-and-true jerking-off hand is bringing its A-game on a whole new
level.

Recommended for: couples, people who have a hard time getting hard, people who feel weird about putting their dicks in things 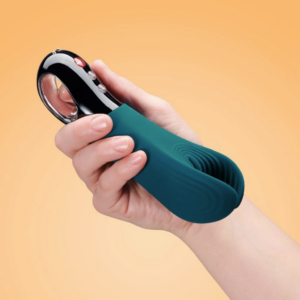 It’s pretty clear out of the box how most cock-centric sex toys work–there’s a part that you put your cock in, and then you do what comes naturally. The Manta stroker–designed by the laid-back, low-pressure German brand Fun Factory–takes a little figuring out. If you don’t look at the instructions first you’ll probably end up confusedly trying to figure out what goes where. But once you get the angles worked out, the Manta’s deep, rumbly vibrations and shaft-hugging wings will send you diving into oceans of bliss. Since I insist on learning things by doing them without looking up directions beforehand, my first experience with the Manta was pleasantly buzzy, but I abandoned it before I came. The second time I had one of those orgasms that you have to walk off after. Apparently, you can also use it to enhance blowjobs and penetrative sex—but that’s a whole other skill set that I’m not ready to get into yet.

Is it weird to put your dick in it? It’s not weird, necessarily, but I definitely had some awkward moments along the learning curve.

Recommended for: people who read the manual, patient couples, people who like charlie-horse-inducing orgasms 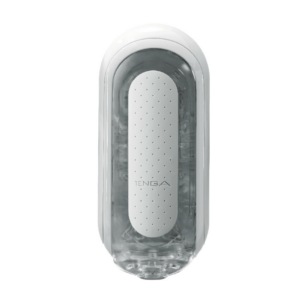 
I’m going to be real with you: in my opinion, as far as penetrative pleasure goes, the Tenga Flip’s only real competition is actual human orifices. You may know the Japanese brand for their disposable masturbation sleeves, which are as convenient and ingeniously designed as instant noodle cups–pop the lid off one of their iconic pre-lubricated CUPs, enjoy the unexpectedly intricate nubby textures inside, and dispose of it when you’re done. Their new Flip line of reusable toys takes the concept to mind-boggling new dimensions with a level of engineering and design that is borderline insane for a sex toy.

All of the Flips (they sent me a Flip Zero to try) are essentially a heavy piece of squishy thermoplastic elastomer with an internal canal separated into different chambers, each with its own unique texture that provides a distinctly different sensation. It’s like a sex organ designed by a team of highly dedicated Japanese engineers instead of weak-ass old natural selection, and it feels so good that I actually caught myself daydreaming about it days later.

Is it weird to put your dick in it? I’m going to be real with you again: yes, it kind of is, at least at the start. With its hefty size and fleshy, translucent material the Flip can feel like you’re fucking some kind of squishy pleasure alien in the back room of the Mos Eisley cantina. But once you things get rolling that’s going to be the last thing on your mind.

Recommended for: anybody who likes putting their dick in things 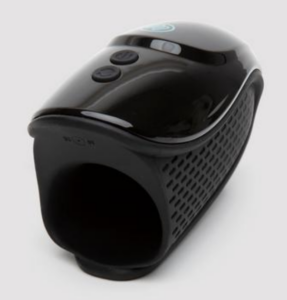 Is it weird to put your dick in it? Some of the Blowmotion models have are vaguely mouth-shaped, which you might not be into if you’re susceptible to Uncanny Valley creepiness. But fortunately others are more straightforwardly functional. 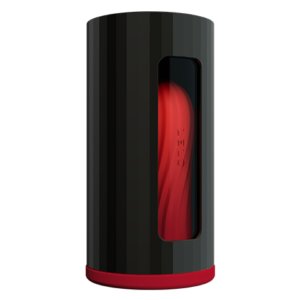 Is it weird to put your dick in it? Not very much, but it definitely felt a little techno-dystopian to have to troubleshoot a dropped Bluetooth connection in the middle of jerking off.


Magic Wand-style vibrators are massively popular with people with clits, but the design doesn’t work for a lot of people with dicks. Le Wand bridges that gap with an attachment that pops over the head of their Vibrating Massager and adds a loop of flexible silicone to slide over your cock and share the rumbly, 10-speed vibes. The motor on the Le Wand–which has a satisfying, solid-feeling heft that makes it one of the nicest wands I’ve picked up–packs a punch, and it gave me an intense experience even at the lowest setting, so if you like a lot of stimulation this one’s for you.

Recommended for: people who need a lot of sensation to get off, cishet couples who want a toy they can share, anyone who’s ever wondered what it’s like to get a super-speed handy from Quicksilver from the X-Men (ie. everybody) 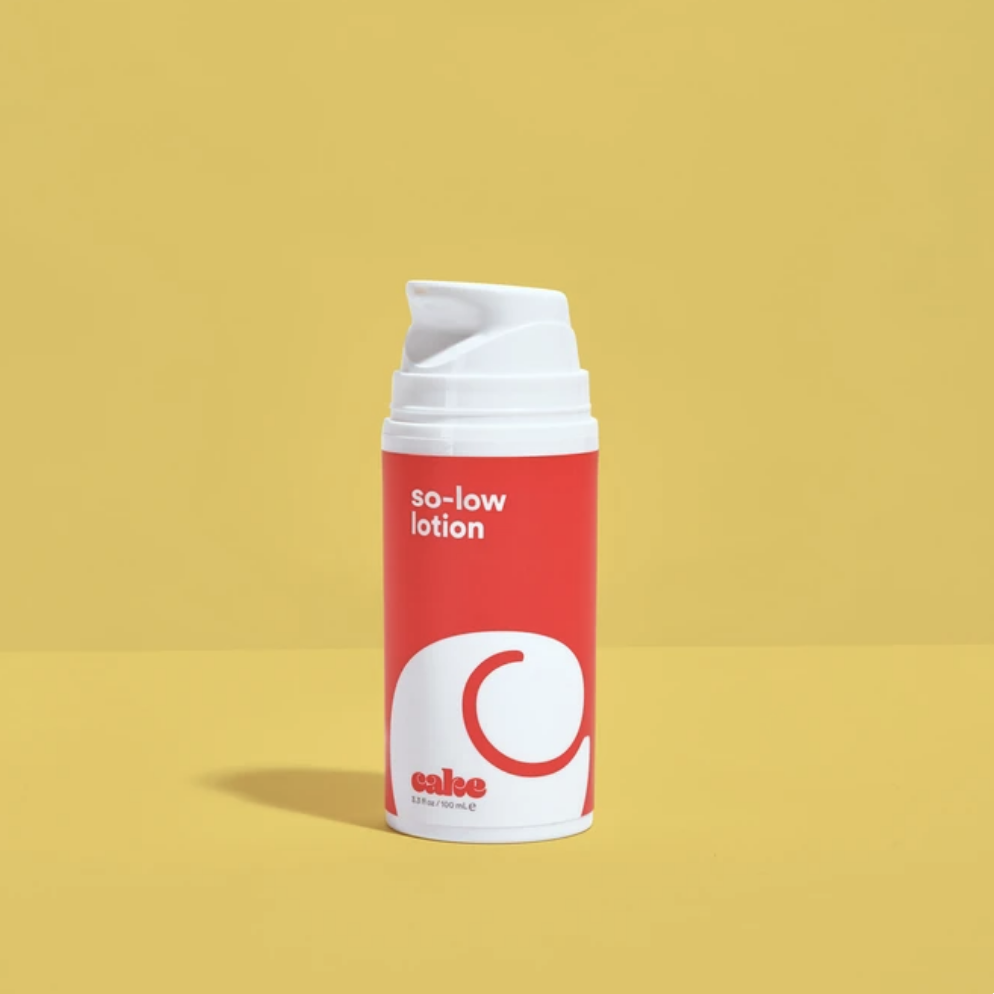 So-Low is one of the few lubes made specifically with wanking in mind. It comes out of the pump bottle as a thick cream, but as it warms up it transforms–first into a smooth lotion, then into a slick lube to take you over the top. The coconut-oil-based formula never gets sticky, the way a lot of lube does, and lasts long enough for you to slow down and take your time to prolong the pleasure (if you’ve got that kind of willpower). When you’re done, it not only cleans up easily, but leaves you nicely moisturized, with no lingering greasy residue.

Is it weird to put your dick in it? It’s the most natural thing in the world, baby.

Recommended for: people who appreciate the classics 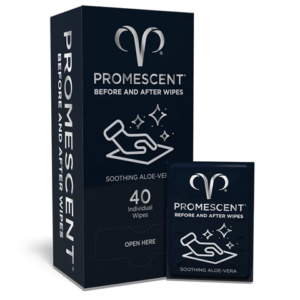 PROMESCENT’S BEFORE AND AFTER WIPES$14.95


Stepping up your J.O. game doesn’t end when you finish. Sex supply brand Promescent makes a whole range of condoms, lubes, and delay sprays (for the stamina-challenged), as well as these individually wrapped wipes that make your post-sesh cleanup infinitely more civilized than using whatever band t-shirt’s on the floor next to your bed.