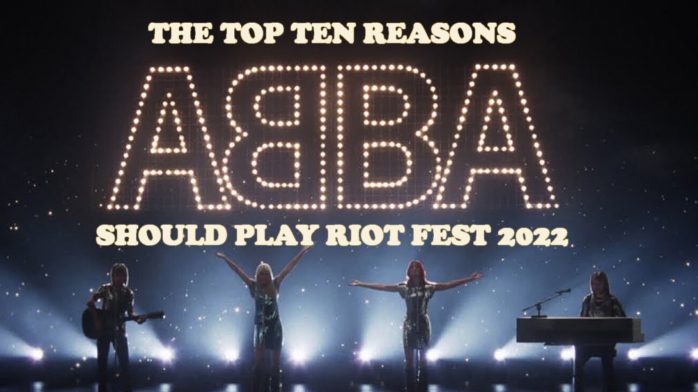 If you missed our big news, we’ve launched a major petition to get #ABBAforRiotFest next year (make sure you sign that thing pronto and send it to literally everyone you know). We’re calling upon the now-reunited ABBA to come perform at Riot Fest 2022, because nobody deserves this more than our fans (and, of course, us).

Let’s face it: it would be fucking awesome if ABBA played Riot Fest. We don’t know if it would be “punk rock,” but who the hell cares? It would be fun, and you know it. Sign our petition today and tell ABBA to take a chance on us.