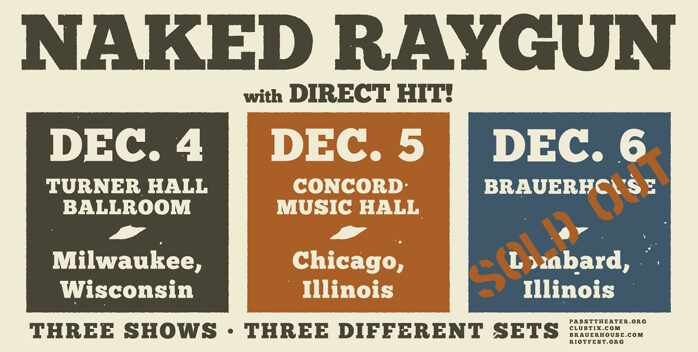 Naked Raygun announce three December shows, in Milwaukee, Chicago, and Lombard (December 4-6); the band will play three different sets for each show, including material from their new album, which will be released in 2016. Direct Hit! will also perform on all three dates.

Tickets are on sale NOW!

There will also be a limited number of 2-day passes available for those attending
both the Milwaukee and Chicago shows.
CLICK HERE FOR TICKETS