Your mission: find a type of meat that is universally adored, taste-wise and aroma-wise. That is so versatile that it can be mixed in with drinks, wrapped around other meats, and of course, eaten in its purest form: alone or on the side. The jack of all meats–bacon.

According to Britain’s National Pig Association, such an organization really does exist, a world shortage of bacon next year is unavoidable. Pig-feed costs are going through the roof due to poor grain harvests. In turn,  farmers are having a hard time keeping both the pigs and cows fed. It is reported that prices for bacon and pork will increase by a third next year while other supermarkets may stop stocking the meat due to high costs.

You know that empty space in your freezer? Start filling it with bacon. Now. 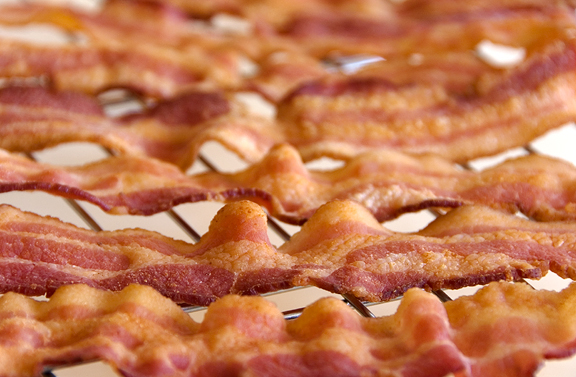