To help celebrate Riot Fest’s 10th Anniversary, ten bands have joined in to play their seminal albums either at Riot Fest in Chicago or in both Denver and Chicago. Nine of the bands have been released today: 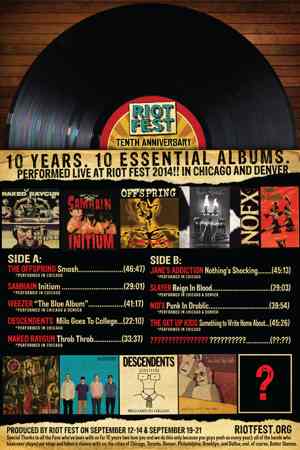 The Get Up Kids: Something To Write Home About (Chicago)

Lineups have been announced & Tickets for all 3 fests are on sale now!