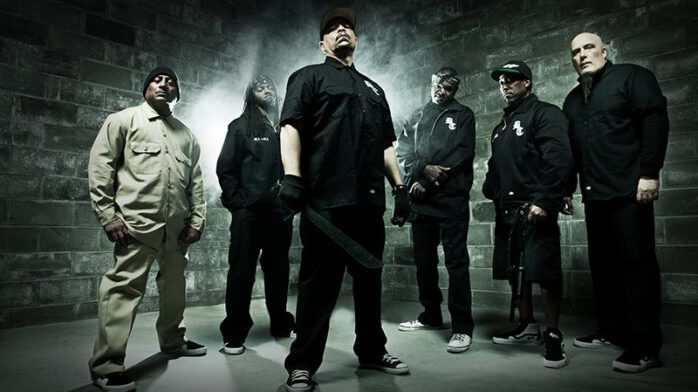 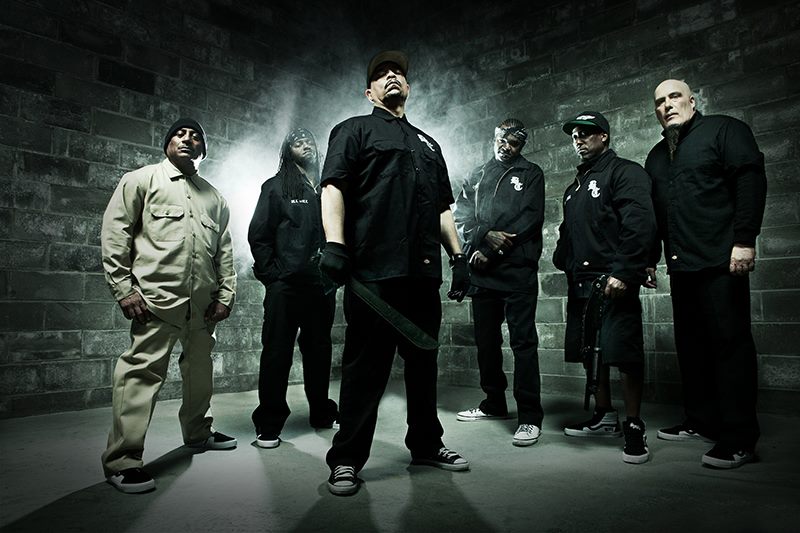 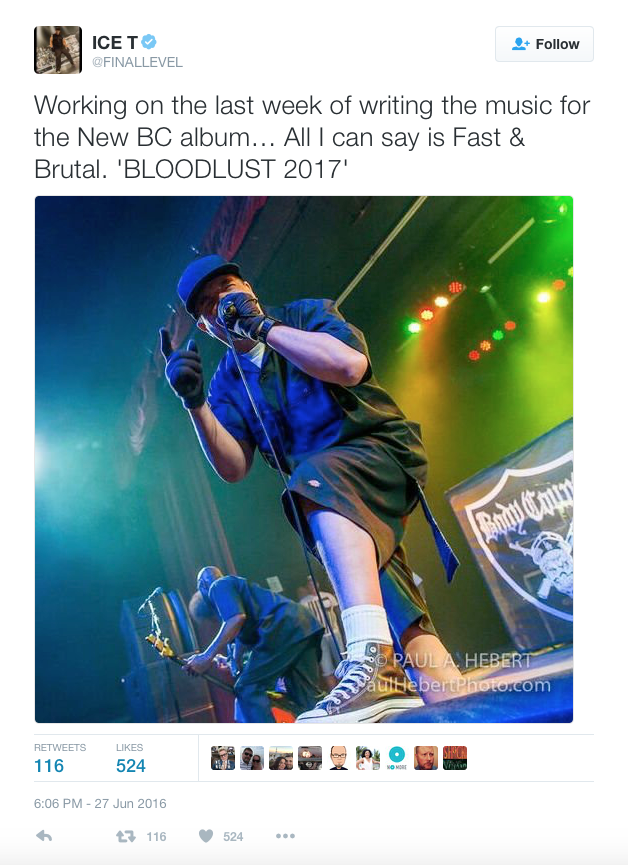 Ice T announced this week via Twitter that Body Count will be dropping their sixth studio album sometime in 2017.

Body Count’s new album, “Bloodlust,” will be their first since 2014’s “Manslaugher,” which, for all intents and purposes, received great critical acclaim, which helped the album land at #102 on the Billboard Charts in its first week of release—their highest positioning since 1994’s “Born Dead”.

The new album also has them teaming up again with producer Will Putney, who put his touches on “Manslaugher.”

As soon as more information is made available about the exact release date, we’ll surely let you know.