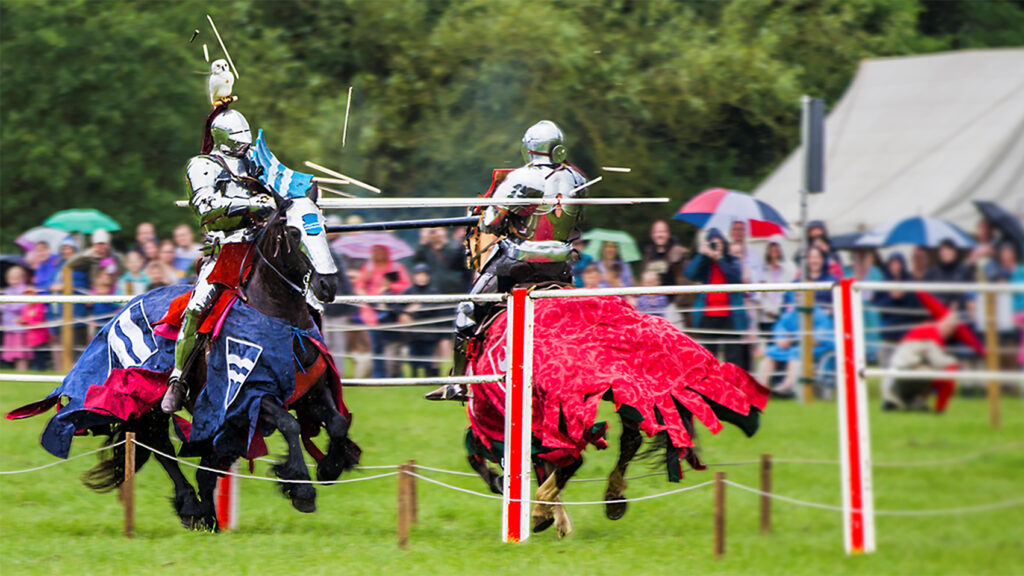 Two people hurtling towards each other on horses trying to stab each other with 2x4s? I would watch the crap out of that.

If English Heritage has its way, jousting may be the next Olympic sport we see at the summer games. In a petition launched by the group, they state that the “modern jouster possesses many of the same skills as the Olympic hopefuls heading to Rio this summer, so perhaps it’s time that this extraordinary display of speed, power and courage appeared on the greatest sporting stage in the world.”

Jousting is one of the oldest known sports with the first known jousting tournament in England dating back to 1066. The sport of jousting requires each competitor to wear 44 lbs. of armor while holding 12 ft. lances while racing towards each other on horseback at speeds of up to 30 mph down a rail. Points are awarded on the style and strength of their hit.

It’s a long road to becoming an Olympic sport. It must be governed by an International Federation, it must also be practiced widely across the world and meet various criteria, and then must be recommended and approved by the International Olympic Committee.

So let’s all do our part and sign this petition to bring jousting to the Olympics.