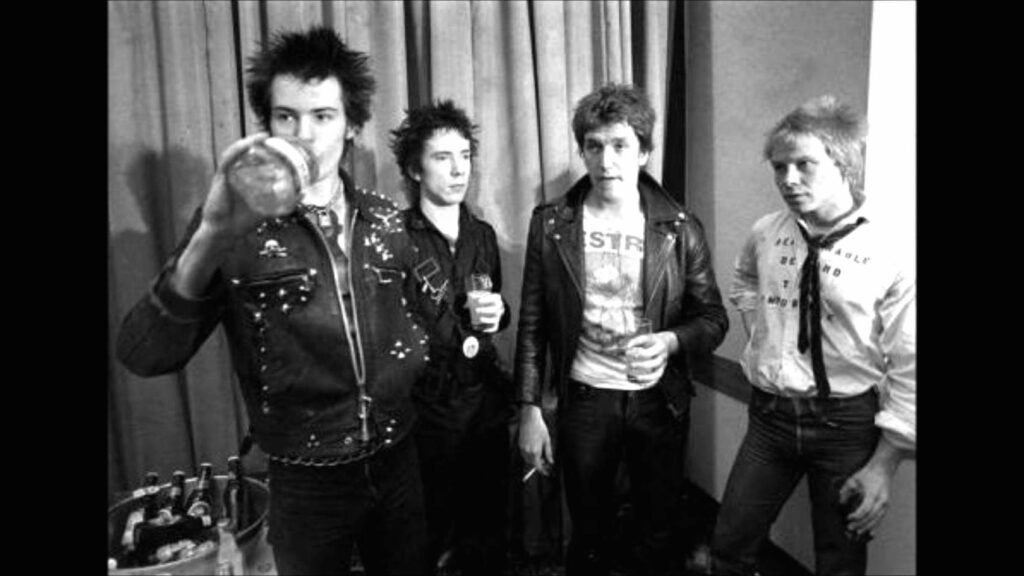 In 1977, the Sex Pistols played one of punk’s most awesome pranks on the establishment by showing up (via boat) to the Queen of England’s Silver Jubilee celebration serenade the celebrants with “God Save the Queen,” to promote their record, Never Mind the Bollocks… Here’s the Sex Pistols, which had recently come out on Virgin Records.

As the boat passed the British Parliament on the River Thames, the Sex Pistols performed “Anarchy in the UK”, “God Save the Queen”, “Pretty Vacant”, and “No Feelings.”

“The atmosphere on the boat was paranoid and claustrophobic, but also very exciting. They were by far the best I ever saw them that day. You can’t beat the Sex Pistols, jubilee weekend, “Anarchy in the UK,” outside Parliament.” – Jon Savage

When the police inevitably forced their way onto the boat, they arrested Malcolm McLaren, the band’s manager. As McLaren was being dragged into a police van, he screamed “You fucking fascist bastards.”

Nearly 40 years after the event, Virgin founder Richard Branson has published the memo that started it all. The document outlines the budget for a 175-person boat ride down the Thames River where the band intended to make “play a cassette of National Anthem and follow by the band live.” Sounds innocent enough, right? Haha, suckers!

Today, the Virgin Group includes 400+ companies, making Branson arguably the world’s wealthiest person who has such deep roots in punk (Eat that, Shkreli!). “Years later when I got knighted I did wonder whether the royal sword would be used to chop my head off rather than tap me on the shoulder,” he wrote. “Thankfully the Queen has been good enough to have forgiven me.”

Check out a video of the event below: