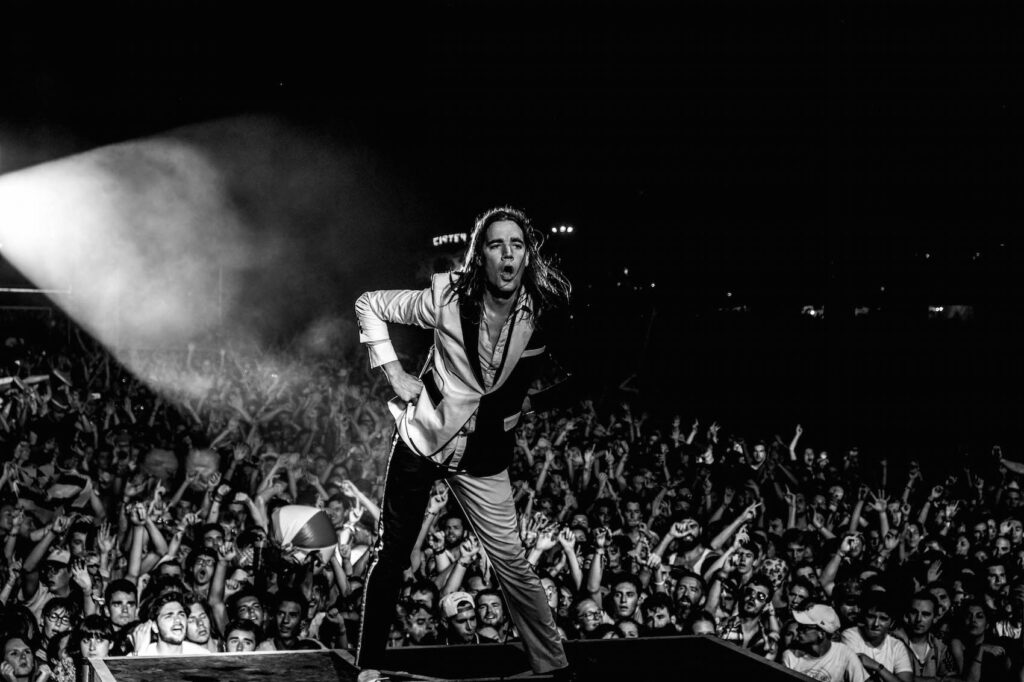 Punk / garage rock five-piece The Hives burst out of Sweden in the late-90s, recreating themselves out of an earlier collaboration at the suggestion of “mysterious” songwriter / manager / visionary by the name of Randy Fitzsimmons. By the time they began touring American soil they had reached peak matching suit and perfected their raw, high-energy stage shows where frontman Howlin Pelle Almqvist announced to audiences with authority, “We’re your new favorite band,” although by the end of their sets it kinda seemed like stating the obvious. Nearly two decades later, they’re still at it, with five albums under their belt and a sixth one on the way. A new single, “Blood Red Moon,” was released earlier this year.

With The Hives making their Riot Fest & Carnival debut in Chicago on Saturday, we thought it would be a great time to ask the often witty, always dapper Howin’ Pelle to kick off our new “10 Questions” series. Enjoy!

A tie between EMF’s Unbelievable and Skid Row’s Skid Row.

2. Name one band that changed your life. How?

Refused sort of got me to stop eating meat. That’s the most literal life change.

Kreator on the Extreme Aggression tour. I was there for the doom metal band Candlemass though. I was 11.

We played a festival with Madness last weekend. I saw that show.

A Short History of Nearly Everything  [by Bill Bryson]. Because you weren’t listening in school.

Don’t fuck with The Hives

Of the US? Since money trickles up and that over time creates a power imbalance and a democracy shortage, the president gets less power over time so if I was gonna be president I would secure some kind of wealth redistribution plan, for purely egotistical reasons, of course.

“Last Caress” by The Misfits.

Bonus Question: Real or imagined – don’t tell us which – what was the biggest adventure you’ve ever had?

I once formed a rock band with some guys I know. Still ongoing. May be imagining it though.