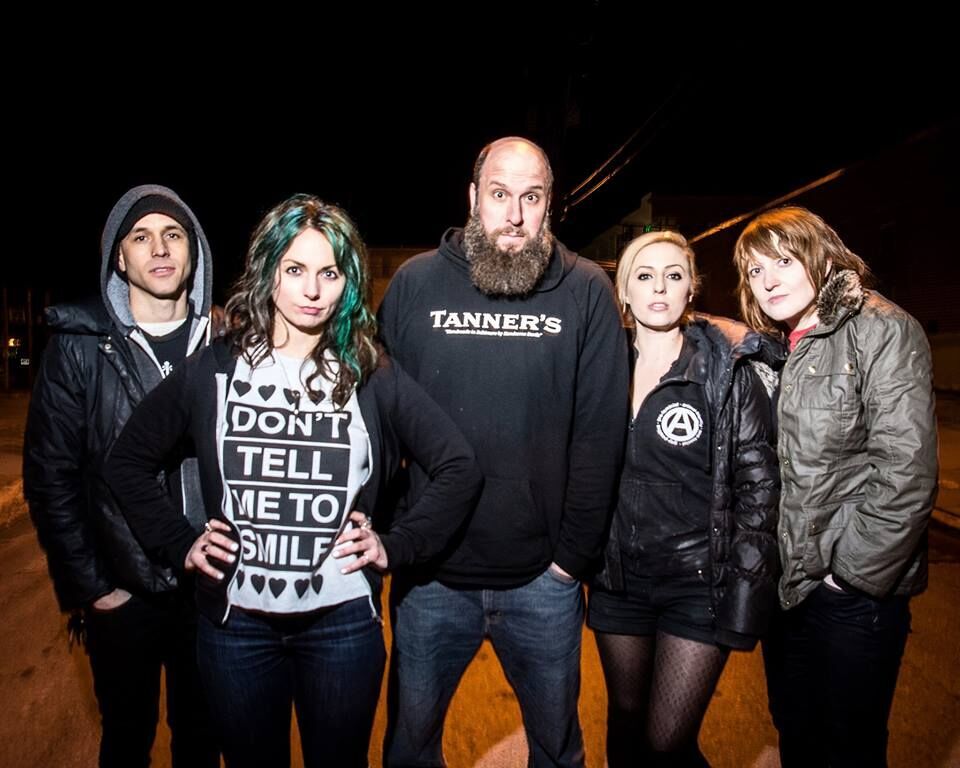 War on Women is a socially and politically-woke hardcore punk band from Baltimore, Maryland. Comprised of vocalist Shawna Potter, guitarists Brooks Harlan and Nancy Hornburg, bassist Suzanne Werner, and drummer Evan Tanner, the band has been kicking ass and taking names since it formed in 2011.

Following its 2012 debut EP “Improvised Weapons,” War on Women signed to Bridge Nine records where it released its J. Robbin-produced self-titled LP in 2015. The record has been praised by both critics and punk fans for its infectious blend of thrashing riffs, melodic hooks, and smart, confrontational (and sometimes funny) lyrics that take on gender inequality, transphobia, sexual assault, and the general idea that women should be silent about their life experiences, especially in their anti-silence rallying cries, “Say It” and “Roe vs. World.”

Potter’s loves of social justice, 80s pop, and her sense of humor, shine through in her answers to our 10 Questions. Catch War on Women at Riot Fest on Sunday, September, 18.

Does asking your mom to take your money and buy a cd on her way back home from work count? Because then it was Sonic Youth, Goo.

Dammit, it was Hole. I would have never picked up a guitar and starting writing music or started a band without seeing one of their videos on MTV.

Linda Ronstadt, because my mom couldn’t get a babysitter. First by choice was Janet Jackson and it fucking ruled.

The Sword, at Ottobar (Baltimore). Brooks just finished a custom amp build for Kyle, so we did the handoff and held our breath til the first song finished.

I try not to snack too much, but I never feel bad about a banana or even vegan sausage or jerky.

We Were Feminists Once, by Andi Zeisler. I just finished it on our run with Flag and it is SO GOOD!

Use the bathroom whenever you see one so you’re not stuck. Also, get a “free-style” so you don’t have to sit down, and keep hand sanitizer on you. Don’t forget to drink water in between beers! That’s not specific to festivals though.

Oof, tough. Everything can be seen through a feminist lens, so every issue matters. It’s not sexy, but Campaign Finance Reform would help to make sure our representatives actually look like us and know issues that matter to all Americans, not just rich white men.

Have a lot of sex.

Probably some classical song or Gregorian chant I’ve never heard. But maybe also anything on [Michael Jackson’s] Off the Wall.

Bonus: If aliens were ever to abduct you, what would they want?

Uh, I don’t know, but we’d need to establish a safe word immediately.