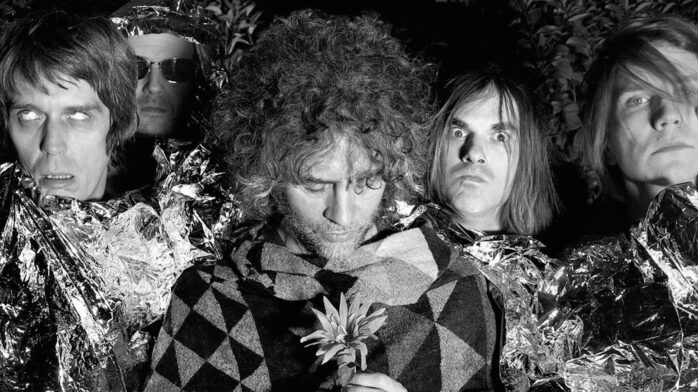 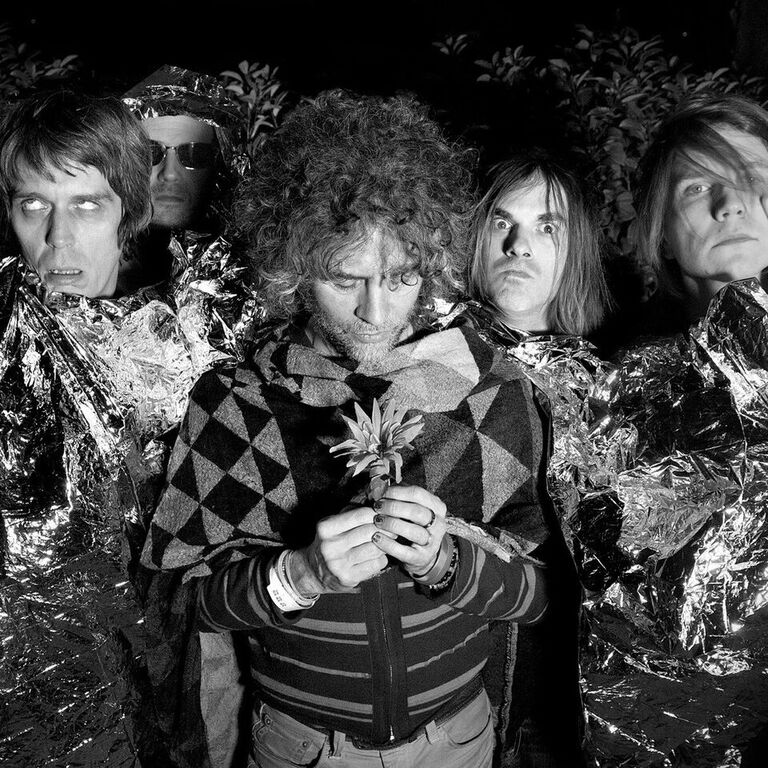 When I spoke to Flaming Lips’ frontman Wayne Coyne, I told him at the beginning of our phone call that if it sounded strange on my end of the line, it was because I was calling from a gender neutral bathroom in Chicago’s Second City Training Center.

“How did you know it was a gender neutral bathroom?”

“There’s a mashup of the male and female symbols on a sign outside the door. It kind of looks like the Prince symbol.”

“They should just have the Prince symbol outside of every bathroom. I can never remember which one is which anyway. Wait. Why are you in the bathroom at Second City?”

When I explained that I had just come out of an audition, he assured me that my nervousness about that was perfectly normal, and doesn’t ever really go away, even when you’ve been in the game as long as he has, which is a significant chunk of time. The Lips have been going strong since they started playing together in Oklahoma City in 1983.

If you really love it, and you really have done everything you can, your way, then when people don’t like it, you can at least say, ‘Well, I liked it..’

The other way never works. When you know you didn’t really care about it, and didn’t really work on it, and it didn’t really satisfy you. And then people love it, it’s a little bit like ‘Oh, okay, cool.’, it’s better than them not liking it, I guess, but it feels like ‘UGH’.

So, better to do it in a way that you like.”

The Coyne-led Flaming Lips are playing their second Riot Fest in Chicago on Friday night, and people are still be finding glitter in their hair from the last time the band  appeared at the festival in 2014.

“Do you remember at the very beginning we went to do the the big explosive ,’Ta-dah! Here we are!’ and the power went out?”, he asked, referring to the memorable technical difficulty that threatened to mar their set that night two years ago.

“I think that makes for just such a great, unexpected, thing. You can’t watch that online, you can’t read about it. There’s nothing like being there. You can’t plan for it, and then nobody really knows what’s going to happen now. And then we sort of get a sense like, ‘I think we can fix this. I don’t know if it’s going to take one minute or twenty minutes and you kind of brace yourself. Are people going to start to react badly? But, usually they don’t. I have one of those bullhorn things, and you have to just let people know that we’re going to stand here and work this out, and you’re with us here. And, usually that’s enough for people to say ‘All right!’,

So when the power did come back on, it wasn’t just the beginning of the show, it was like ‘YEAH! We’ve overcome! We all got through this together!’ And anytime you get a moment like that, it just adds to the great, unexpected, powerful experience. And I wouldn’t want to say that we like that, because sometimes things can go badly, but usually that just makes it more fun and more real.”

Fun and Real is the name of the game at a Flaming Lips show. I had to sidestep the mylar balloons they brought that said “FUCK YEAH RIOT FEST” when I saw them last. Wayne was dressed in a suit made of the silver fringe curtains that you would put in a doorway for a party in your apartment. Confetti was blasted from cannons. A man was dressed as a rainbow.

And, as we’ve come to expect from a Lips’ show, several fans joined the band onstage in costumes to get in on the good time – my favorite part, and something the band has in common with another Riot Fest veteran, Iggy Pop.

“In the newer incarnation of The Stooges, Iggy totally does that. In our defense, though, when you get on stage with Iggy, you don’t really know what’s going to happen. He’s up there writhing, and you’re like “What do I do?”
When ou come onstage with the Flaming Lips, we give you a nice costume to wear. You’re a part of the show. We tell you what to do. It’s probably a little less embarrassing, because you’re the only one that knows that it’s you inside the big caterpillar costume. We’ve only had people fall of the stage one time, and we had to stop the show to make sure he was okay. He was fine, but now we only have four or five people on so it doesn’t get that serious.”

Serious isn’t a worry we’ll have at the Flaming Lips set tonight. When they hit the Riot Stage at 8:45, and the confetti starts, their fans won’t have a care in the world.