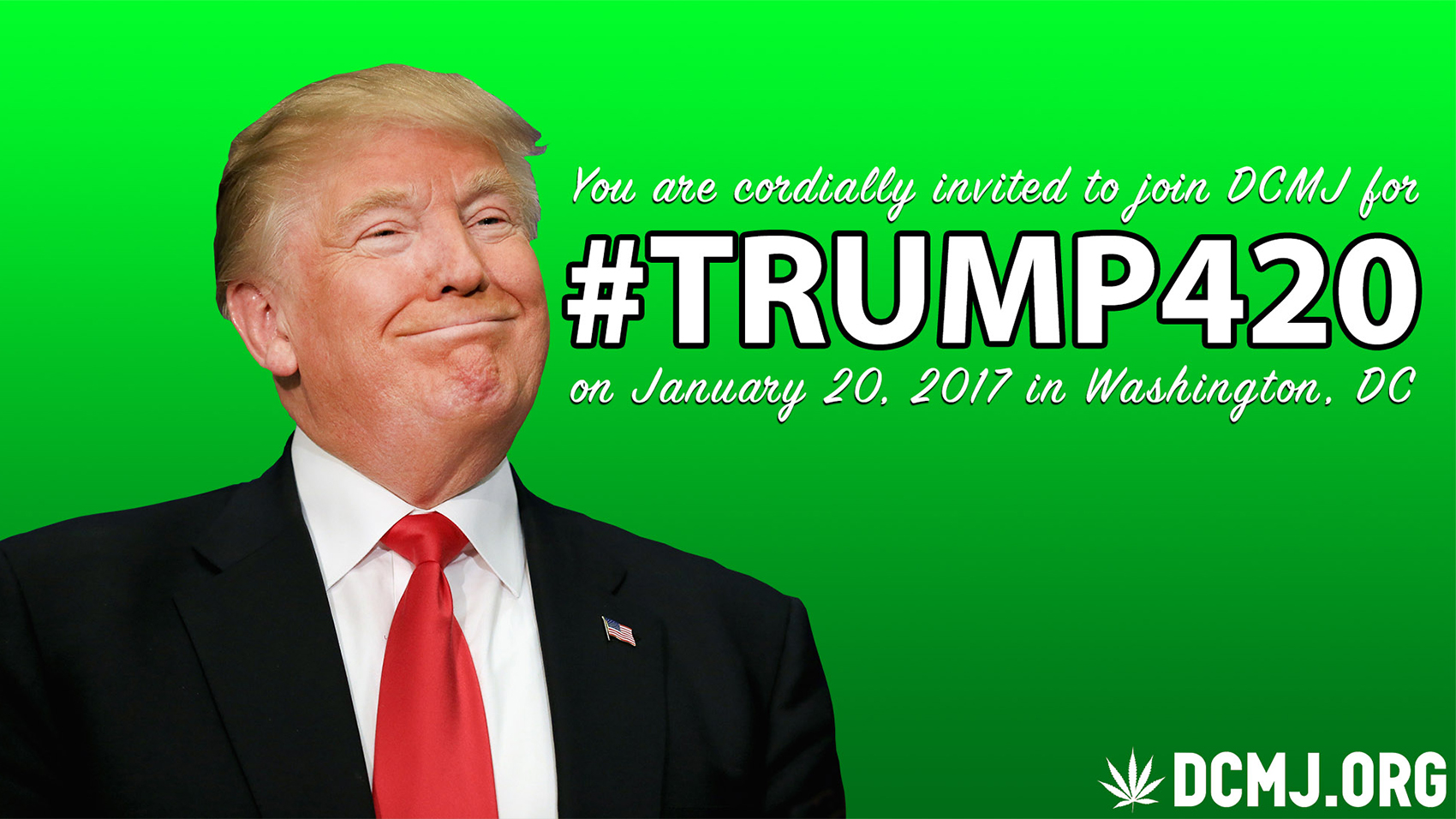 If you’re headed to Washington, D.C., where recreational marijuana is legal, for the Inauguration of The Donald, make sure to get some free marijuana.

On January 20th, The D.C. Cannabis Coalition is planning on passing out 4,200 joints — for free — to urge federal legalization of marijuana.

At 8 a.m. on Inauguration Day on the west side of Dupont Circle, the DCMJ will pass out the free joints and then march to the National Mall.

Adam Eidinger, the founder of DCMJ, the group that helped pass Initiative 71, which made recreational marijuana legal as well as legal to possess under two ounces and to give it away, but not sell it, says “The main message is it’s time to legalize cannabis at the federal level.”

Four minutes and 20 seconds into President-elect Trump’s speech they encourage people to light them up. (It is still illegal to smoke on federal property). “We are going to tell them that if they smoke on federal property, they are risking arrest. But, that’s a form of civil disobedience,” said Eidinger. “I think it’s a good protest. If someone wants to do it, they are risking arrest, but it’s a protest and you know what, the National Mall is a place for protest.”

Jeff Sessions, Trump’s pick for attorney general, has said the government needs to foster “knowledge that this drug is dangerous, you cannot play with it, it is not funny, it’s not something to laugh about . . . and to send that message with clarity that good people don’t smoke marijuana.” During a confirmation hearing for Jeff Sessions, a former co-worker testified that he joked that he thought the KKK was “OK,” until he learned that they “smoked marijuana.”

You are cordially invited to join DCMJ for the inaugural #Trump420 taking place on January 20, 2017 in Washington, DC!

We will gather on the west side of Dupont Circle at 8am for coffee & tea and parade down to the National Mall at 10am. Along the way we’ll hand out 4,200 joints of legally grown cannabis! At 4 minutes and 20 seconds into President Trump’s speech we’ll light up! (unless President Trump comes out now in support of full cannabis legalization in all 50 States and DC!)

We legalized cannabis in Washington, DC and we are not going to let anyone take that away from us! This is an outreach opportunity to show President Trump’s supporters we are the marijuana majority! Join us for smokin’ fun time!