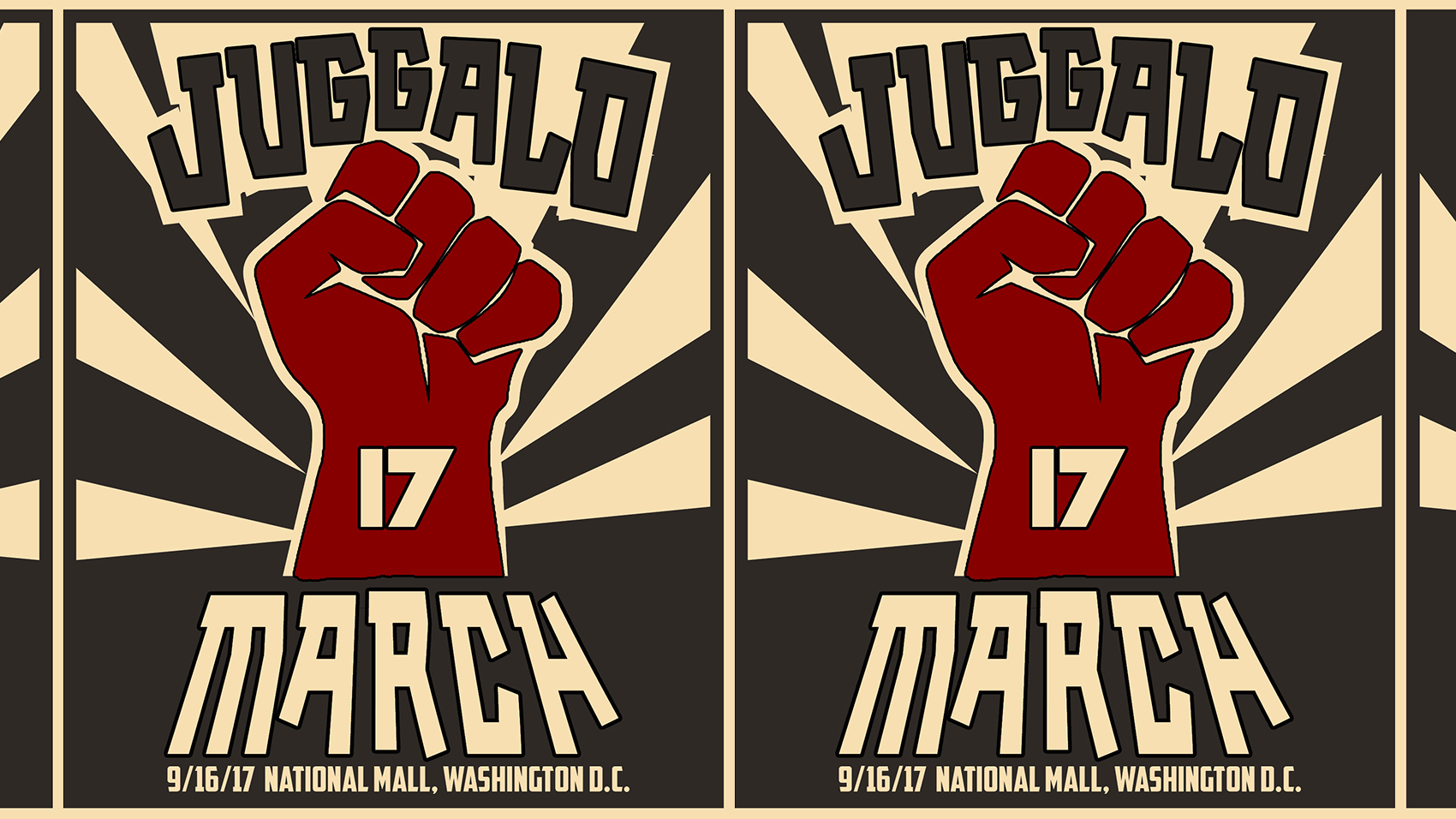 To fight the oppression of Juggalos everywhere, Juggalos from around the world will be marching on Washington D.C. and there’s a very good chance that it will be the largest gathering of people on the National Mall in all of 2017.

Thousands and thousands of Juggalos are set to descent on Washington D.C. on September 16th to march in response to the FBI classifying Insane Clown Posse fans as a “loosely organized hybrid gang”.

This is the day that we are asking every single Juggalo to join us in our nation’s capital, Washington, D.C., to make a collective statement from the Juggalo Family to the world about what we are and what we are not. Recently Psychopathic Records’ court case in our lawsuit against the F.B.I. and Department of Justice for listing Juggalos as a “loosely organized hybrid gang” in their 2011 Gang Task Force report was once again dismissed, meaning we are back to square one from a legal standpoint. We have tried to use the American judicial system to achieve justice and we failed.

So on Saturday, September 16, 2017, we are taking out fight to the streets. Literally.

So grab the family, load them in the minivan, make sure you have enough skrilla for Faygo, and let’s all road trip to DC.

You can read the full statement here, and shocking testimonials of Juggalos and Juggalettes who have personally been affected by the gang label here.

That is the day we rise up.

That is the day we unite to clear our name.

That is the day we march.