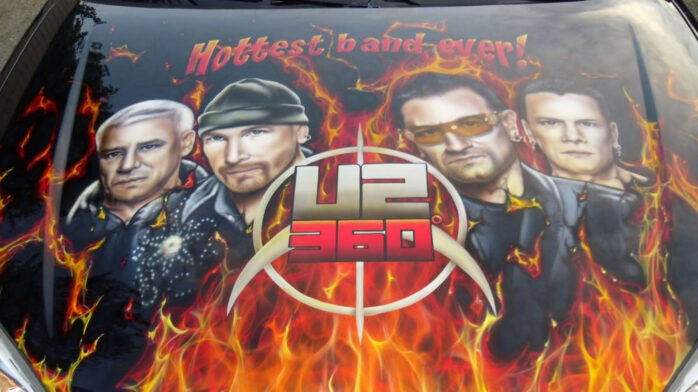 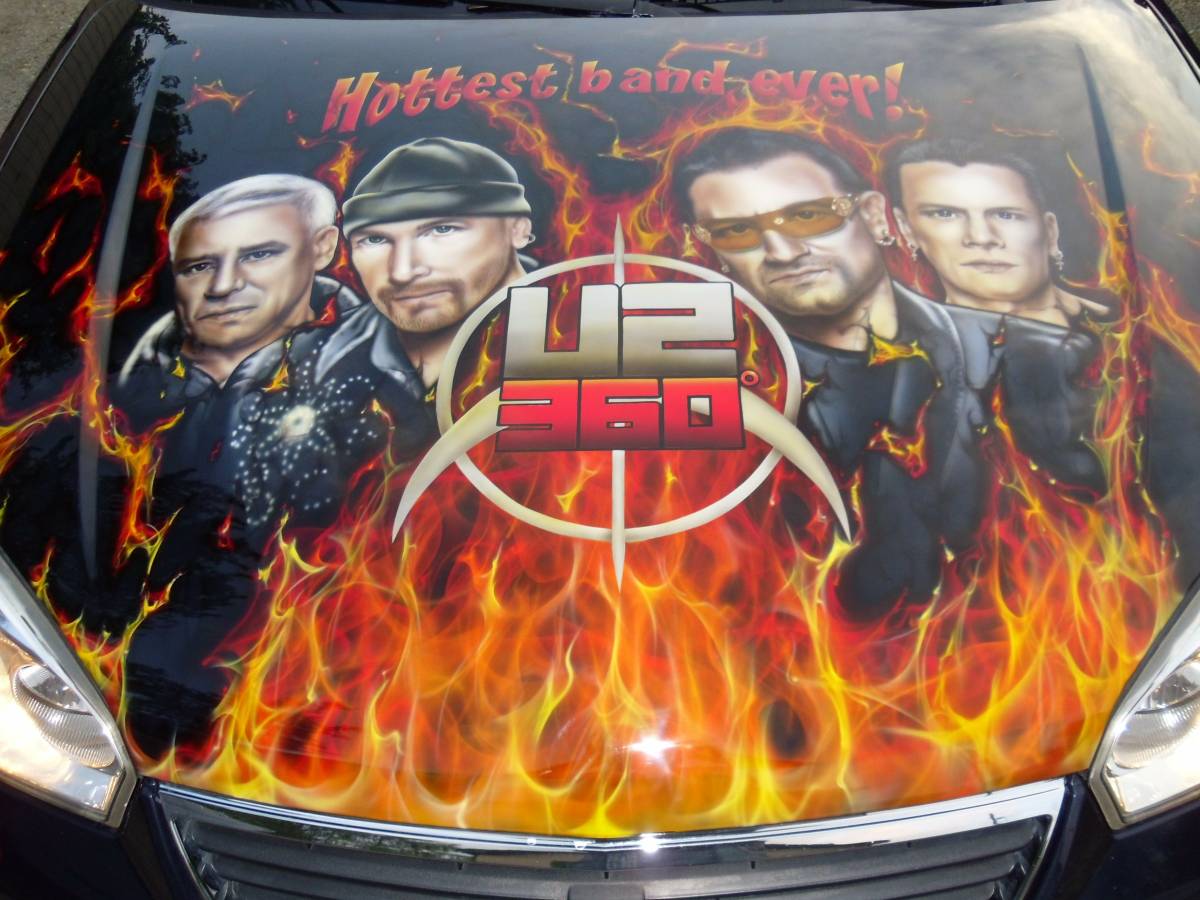 If you’ve been looking for a new car but still haven’t found what you’re looking for then today is going to be a beautiful day.

The car is located in Seattle and is going to sell with or without you, so you better act fast.

“Custom U2 themed 2006 Chevy malibu. 135,000 miles, still runs great, has some interior cosmetic issues. Paint still looks fairly new since painted for the 360 concert.
Painted by Custom car painter James Scott. Known for his custom paint on Dale Chihuly’s Ferrari that is featured in the Lamay Museum. James Scott’s work has also been featured in magazines and on TV over the years and has also done work for professional sports players as well as many other celebrity figures over the years. This is an original autographed custom paint job. Not a wrap. This car has also not been to any car shows. So would be considered new work by James Scott.

Here is a youtube ad that has the car in it to see better angles.

You can also see more of James Scotts work on his website at paintbyjames.com”

There is a bonus airbrushed painting of Bono on the back of the car. 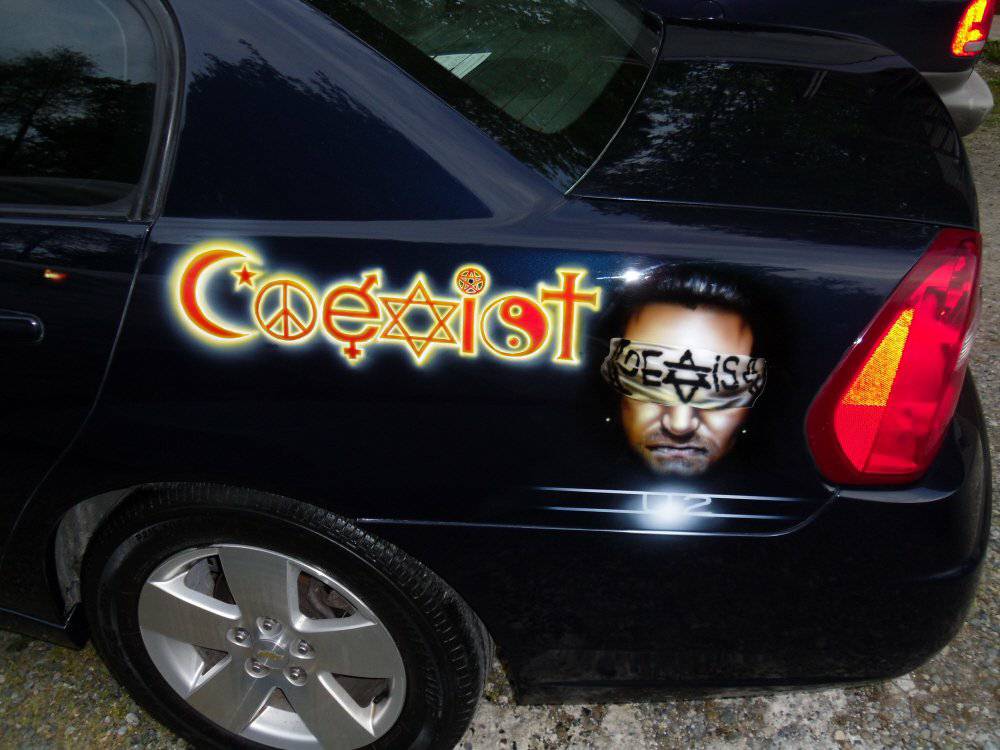 And don’t forget the flames. A 2006 Chevy Malibu with an airbrushed painting of U2 wouldn’t be complete without all the flames. 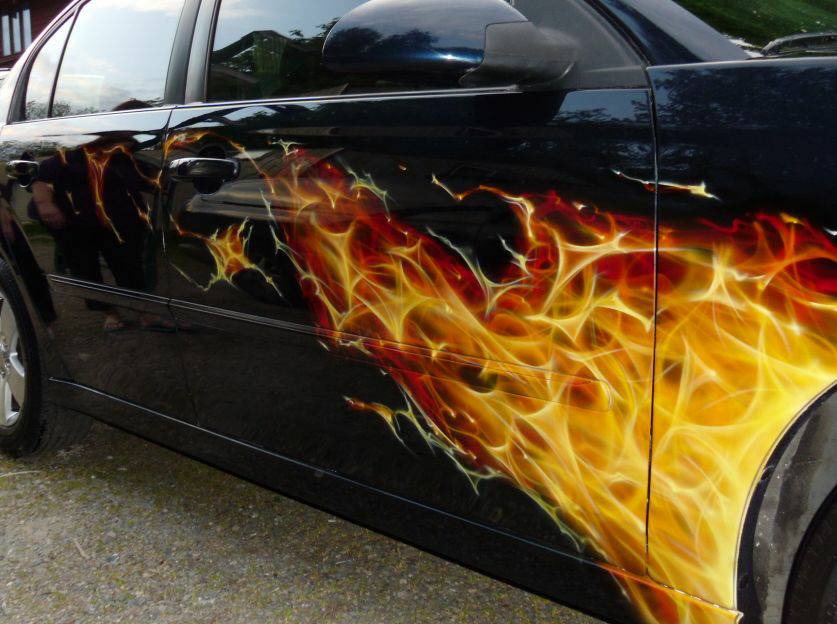 Hurry and get this car before it’s too late!