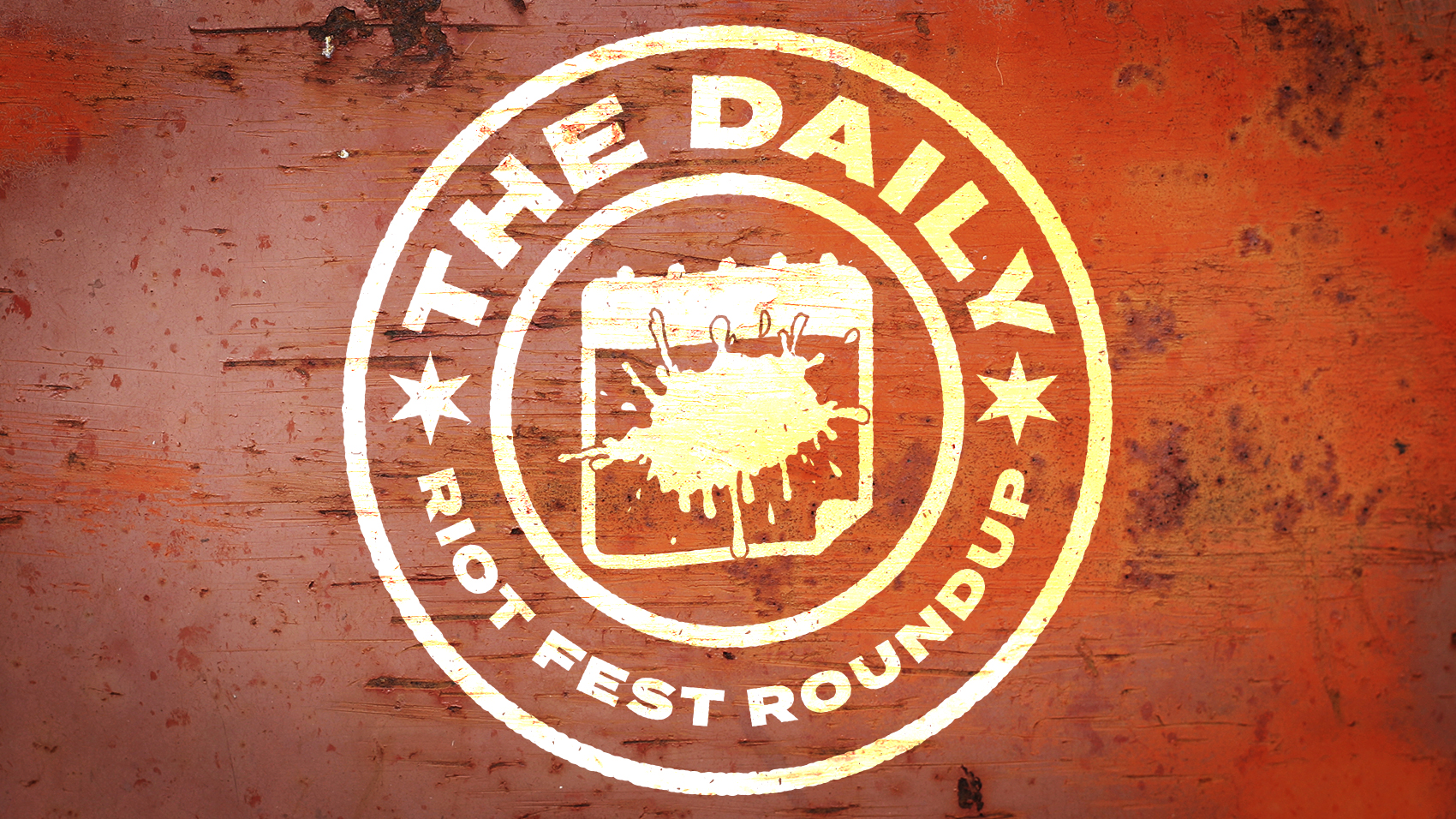 Everybody is talking about the big news of the day…THE RIOT FEAST! That’s right, we’re opening a restaurant! The Riot Feast is a limited-time restaurant and bar in Chicago with Riot Fest-inspired family-style American bites in a turn-of-the-century carnival environment (there will be freaks). You can only go if you buy tickets, which go on sale tomorrow at 11AM CST at TheRiotFeast.com. Andrew W.K. and the Descendents know what’s up.

Speaking of freaks, the Ramones! Rhino has just announced Ramones: Leave Home 40th Anniversary Deluxe Edition, a three-CD/one-LP collection that includes two different mixes of the band’s 1977 sophomore album. The vinyl version features a full remix by the album’s original engineer/mixer Ed Stasium, and the package also includes its original mix and a collection of rare and unreleased material, as well as a previously-unreleased full live show recorded at CBGB in April of 1977. Rolling Stone has the full track listing and details. We’ve got an embedded video of “Pinhead” from CBGB’s in 1977. Gabba Gabba Hey!

Motörhead have finally released a video game! Motörhead Through The Ages (Haemont Games) lets you pretend to be Lemmy on your PlayStation 4 or PC. Instead of drinking Jack & Cokes and playing Megatouch at the Rainbow, however, you get to slay monsters. Not completely dissimilar, but a new type of adventure nonetheless. Check out the trailer, and we’ll see you online.

Hayley Williams just shared some thoughts on the new Paramore album, After Laughter, on Instagram.

been waiting for the right time to post these thoughts on After Laughter. it’s taken me about this long to truly let go [of the songs we made] 💙💛❤️ see you all so soon.

Dessa has a really good point.

Need a non-gendered phrase for “manning the booth.”

Diarrhea Planet has a very classy PSA that all Riot Fest patrons should live by.

Quick PSA: we want our shows to be a fun, roisterous time for everyone. Please respect the bodies of those around you!

Do you think The Anniversary‘s Josh Berwanger will borrow the tour bus in this TBT to drive his new band Radar State to their Riot Fest performance this year?

Rare photo from the archives of @officialmineral, @ThePromiseRing & Christie Front Drive circa 95/96 in Lincoln, NB pic.twitter.com/vFPzgEXGTG

Even Rivers get thirsty.

Mid show refreshment for @rivers_cuomo while Brian amused for unknown reasons, at the Merriweather Post Pavillion on 5/15/17 #karlscorner pic.twitter.com/BEUSyqunlC