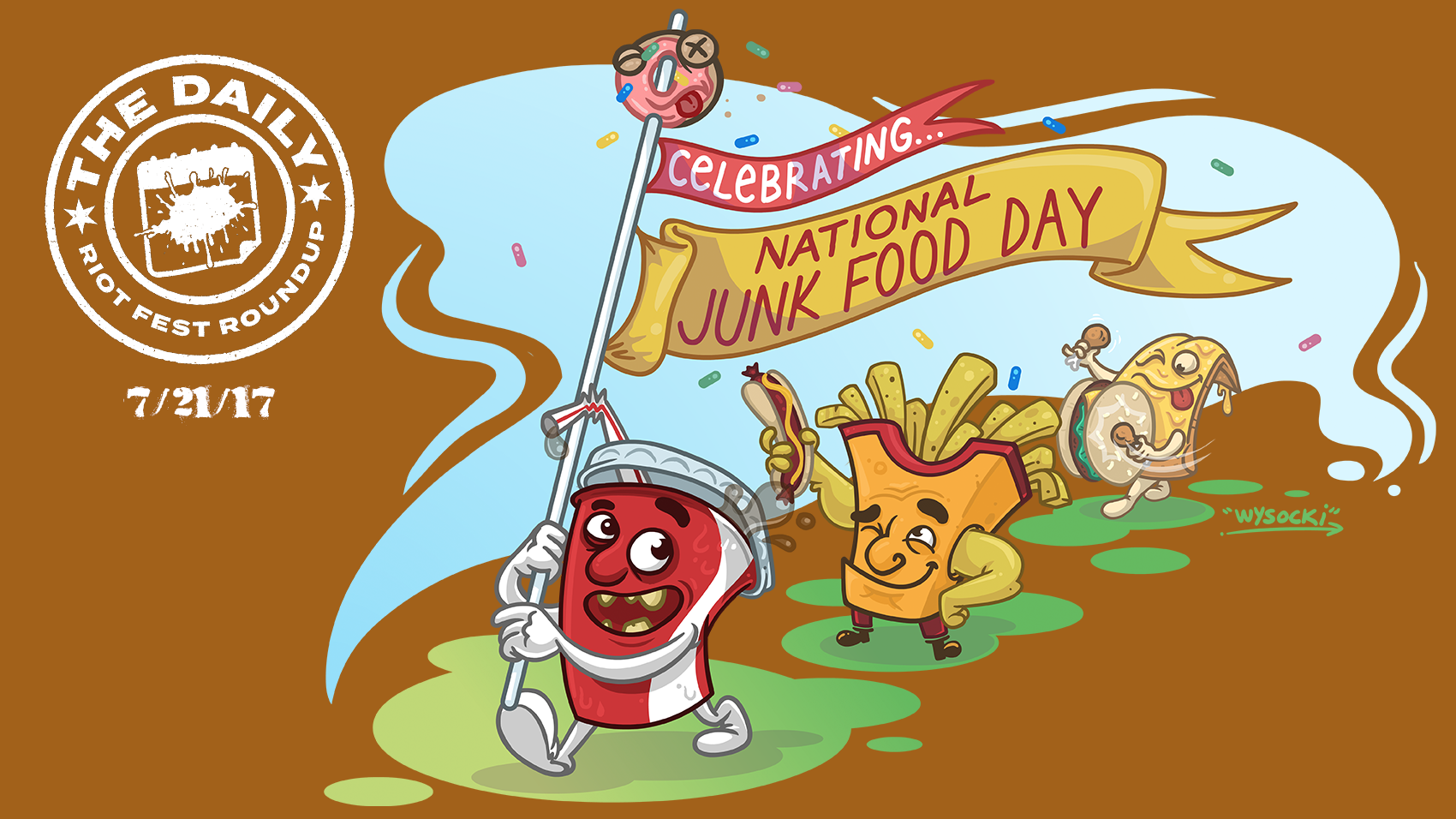 Add Violence, the second in a series of three EPs by Nine Inch Nails, is out today, and you can stream right here!

Goldfinger released The Knife today, its first new album in nine years, and you can stream it below. John Feldmann’s impressive backing back on the LP includes MXPX’s Mike Herrera and Travis Barker from Blink-182. Also, we’d be remiss in our duty if we didn’t mention that tickets are still available here for Goldfinger’s upcoming show at Concord Music Hall on September 11th.

Happy 30th birthday, Appetite For Destruction! That’s right, one of the greatest rock albums of all time turns 30 today, so let’s all celebrate by watching a svelte Guns N’ Roses play “Mr. Brownstone” at The Apollo in NYC last night.

Juiceboxxx, the DIY workhorse rapper with a heart of punk rock gold, has lingered in the shadows for long enough. His new album, Freaked Out American Loser, comes out next Friday, July 28th on Dangerbird, and hopefully ‘boxxx will now get his due. Stream the whole damn thing loudly:

Useless ID, Fat Wreck Chords’ only band from Israel, just released a new video. Check out “How To Dismantle an Atomic Bomb” (this is not a cover of the entire U2 album of the same name) from last year’s album, State Is Burning.

Queens of the Stone Age and Foo Fighters are colluding. Special counsel, anyone?

It looks like Foo Fighters and Queens Of The Stone Age are planning to ‘take over the f**king world together’ https://t.co/miWVIl3Ev4 pic.twitter.com/qlSdpLOPqC

Let’s face it, The Mighty Mighty Bosstones full album tour is finally in full swing. At least, that’s the impression that we receive.

It all kicks off this Friday in Portland! Tonight we’re gonna party like it’s 1997😉 pic.twitter.com/jXyhwpe6bw

Free Cap’n Jazz/Hop Along show at House of Vans in Chicago next week!

RSVP if you wanna go to the *FREE* Cap’n Jazz / Hop Along show at the House of Vans on July 29th:https://t.co/sDBrXhb4yS

Don’t forget to check out Guided By Voices and Piebald at Wicker Park Fest next weekend! And then come hang when Travis from Piebald DJs at The Riot Feast after their set on Sunday, July 30th.