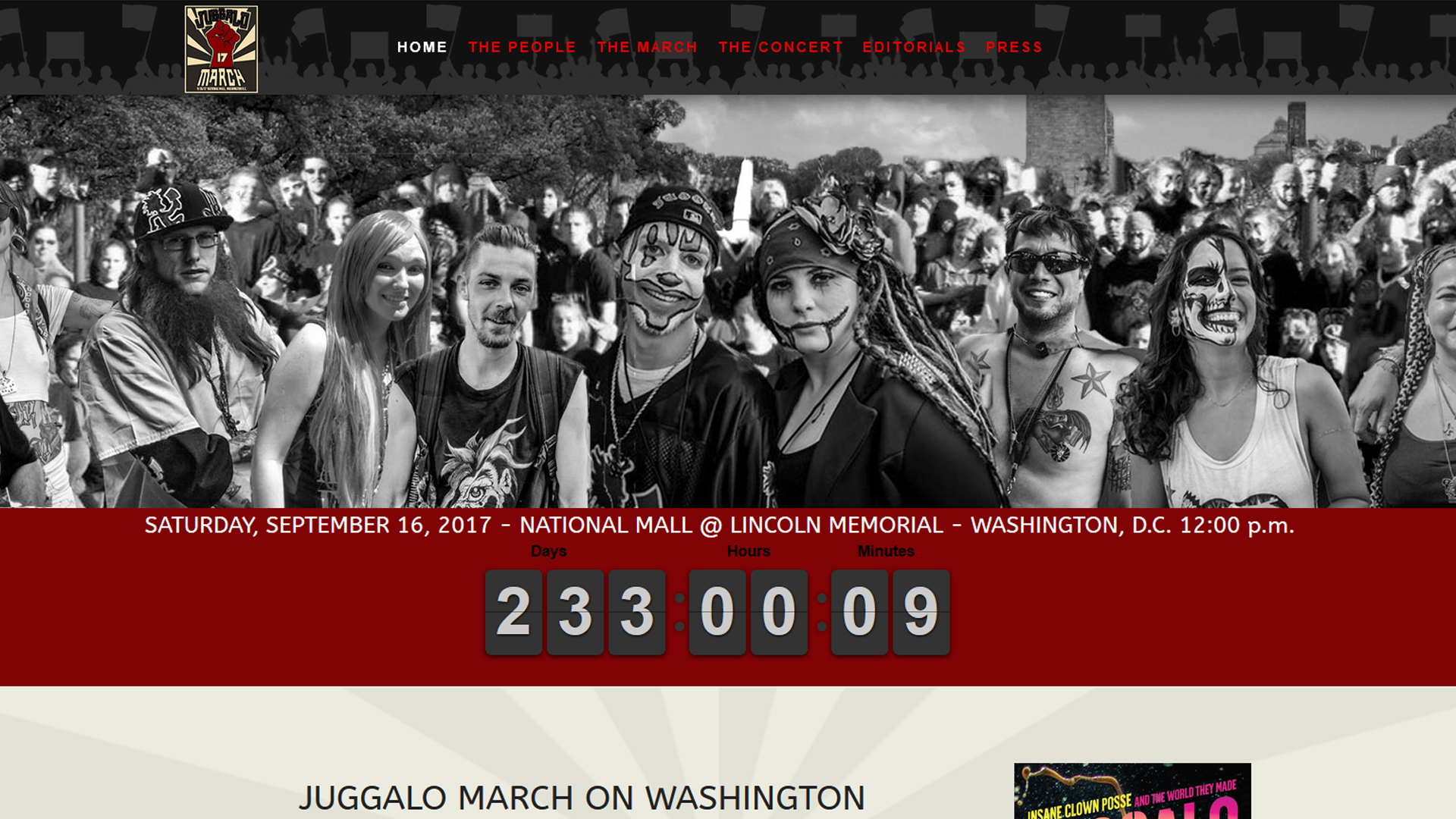 As we mentioned last year, Violent J made an announcement that “In 2017, the weekend of September 17th, we need you. We’re gonna do a fucking march on Washington. They call the Juggalo World a movement, right? Well, let’s move!”

Now we have more details as ICP has launched a website with more information about the march, “This is the day that we are asking every single Juggalo to join us in our nation’s capital, Washington, D.C., to make a collective statement from the Juggalo Family to the world about what we are and what we are not. Recently Psychopathic Records’ court case in our lawsuit against the F.B.I. and Department of Justice for listing Juggalos as a “loosely organized hybrid gang” in their 2011 Gang Task Force report was once again dismissed, meaning we are back to square one from a legal standpoint. We have tried to use the American judicial system to achieve justice and we failed. So on Saturday, September 16, 2017, we are taking out fight to the streets. Literally.”

The march is in response to the FBI classifying Insane Clown Posse fans, more commonly known as Juggalos, as a “loosely organized hybrid gang”.

In addition to the march, there will also be a free concert with performances by ICP, Vanilla Ice, 2 Live Crew, and several other artists affiliated with ICP’s Psychopathic Records.