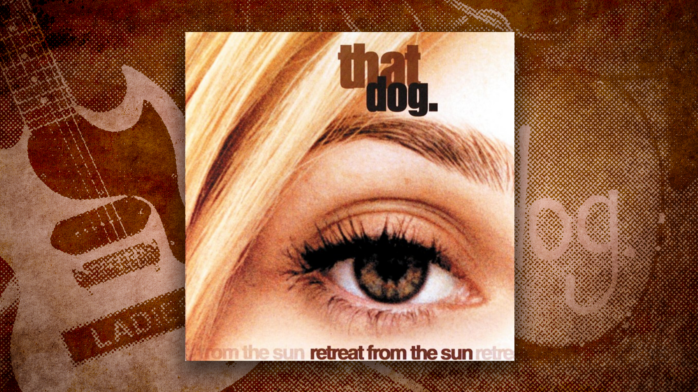 By Definition, A Crush Must Hurt: Why That Dog Were the Big Star of the 90s 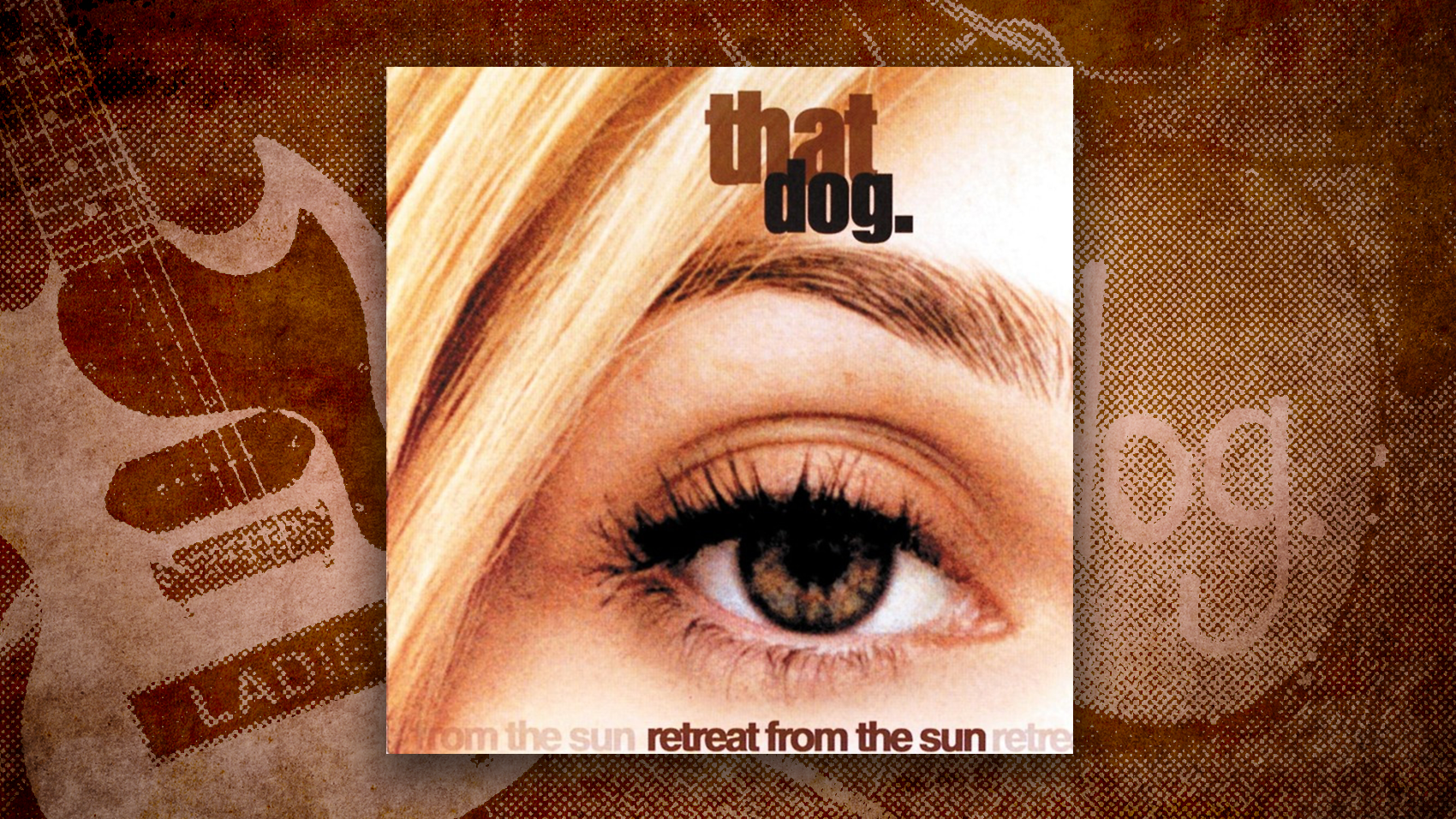 As most rock nerds know by now, Big Star were the quintessential “should have been huge” band. In their short time as a group, the songwriting core of Alex Chilton and Chris Bell forged a slim catalog of memorable, emotionally resonant pop nuggets which were either tender or raucous when they weren’t both at once. Big Star were immediate critical darlings, but it took decades of their disciples—R.E.M., The Replacements, Elliott Smith, et al.—preaching the gospel before the band received anything resembling the popular acknowledgment many felt was due them. That being so, they have come to be seen as sort of the apex of the “cult band”: catchy, somewhat idiosyncratic, primed for stardom, and always in the wrong place at the wrong time for said stardom.

The 1990s generated its own share of cult bands (just ask…well, half the crowd at the next Riot Fest), but few were so maddeningly close to stardom, and doomed to never quite get there, as Los Angeles quartet That Dog. On paper, they should have been a perfect storm: Anna Waronker’s sharp, incisive lyrics and melodies were as good as, or even better than, vintage Liz Phair, and they were matched with shimmering and imaginative power-pop backdrops fully in line with that of their friends (and occasional collaborators) in Weezer and The Rentals. Their lineup was predominantly female, featured the unusual inclusion of a full-time violinist, and routinely utilized distinctive three-part vocal harmonies that sometimes made them sound like a hard-charging Gen X version of The Roches. The band even served as an early session band for Beck, back before Anna’s brother Joey became a regular in his post-fame backing group.

All of That Dog’s records are strong, but their final record Retreat From the Sun is the most undeniable, a crying-at-the-beach classic of ’90s L.A. pop that rips from first note to last. Even with its lyrical references to punk shows in garages, ill-fated attempts at S&M, and shoutouts to ’90s slowcore favorites Low, it feels like as universal a record as anything of its time, something that should be in a female-centric 1990s starter kit with Daria, My So-Called Life, a stack of Sassy magazines, and a Sleater-Kinney “Show Me Your Riffs” T-shirt. Such, however, is not the case. What happened?

Well, much of it can be chalked up to that classic combo, bad timing and the creepy machinations of the record industry. At the time, for an “alternative rock” band to win over a mass audience, they first had to get a foothold in college radio. That “indie cred” merit badge, though, was never forthcoming for That Dog, largely for reasons beyond the band’s control: Los Angeles is as married to its principal industry as any factory town, and coming up in the City of Angels, the band was definitely bred to enter the family business. Waronker was the daughter of legendary producer/label exec Lenny Waronker and beach movie ingenue Donna Loren; Rachel and Petra Haden, the twin sisters who respectively filled the band’s bass and violin positions, were the children of the late jazz bass hero Charlie Haden. Drummer Tony Maxwell didn’t have famous blood, but even he chummed around with Spike Jonze and generally danced around the periphery of the entertainment industry (I just learned, scant hours after rewatching it, that Maxwell later went on to serve as Nicolas Cage’s body double in Adaptation). All these family ties surely didn’t hurt to get That Dog in the door at DGC, who signed the band shortly after their first self-titled indie EP.

Half a decade later, The Strokes used their (actually much sleazier) family connections with impunity to foist themselves onto the mainstream world. In the mid-1990s, though, there were few things considered more gauche in alt/indie rock. More than one hip music rag dragged That Dog over the coals for being industry brats.

One has to imagine, though, that even that stumbling block could have been overcome with some kind of surface hook to drag in the lowest common denominator, but aside from the whole “rock band with a violinist” deal, That Dog didn’t have a clear gimmick to catapult them to the next level. Beck was a surreal ironist who never let you know if and when he was being serious, and had a look tailor-made for Sassy’s “Cute Band Alert“; Weezer were sad clowns and early adopters of the Cool Nerd aesthetic; No Doubt had Gwen Stefani, a complex, self-built marketing cyborg, plus the dork with his hair cut into devil horns. That Dog were just a band of attractive young people with a violin and a lot of smart, catchy songs, a killer combination which nonetheless proved infinitely harder to market.

Perhaps most importantly, though, is that there was conflict within the band on just how popular they ever hoped to be. Though it’s hard to tell how much of it is revisionist history, Waronker has gone on record saying that, if anything, she wanted the band to be less popular, so she wouldn’t feel pressure to be out on the road. This was an aspiration she reportedly didn’t share with her bandmates: the commonly accepted narrative surrounding That Dog’s breakup is that they disbanded after a year of touring and media appearances didn’t help Retreat From the Sun get much more attention, but perhaps they actually parted ways because Waronker decided she didn’t want, or couldn’t handle, the attention they already had.

That’s conjecture, though, and irrelevant besides. That Dog broke up in 1997, and though they reunited for the first time back in 2011, they’ve yet to release a new record. Any claim they may have on the “rock legend” status yet to be bestowed upon them could only be based on the songs they recorded in the ’90s.

So, do those songs actually hold up twenty years on? Luckily, the answer—at least, according to the hordes who’ve attended their reunion shows to date—is a resounding YES. Just as Big Star perfectly captured the fading Americana and post-Vietnam confusion of their era with songs like “Thirteen” and “The Ballad of El Goodo,” That Dog were a superlative reflection of the postmodern convenience store lassitude in which they came of age. Really, there’s little that’s quite as quintessentially ’90s as this verse from their song “Long Island”:

I want to set a place for you at my table
We can sit forever watching reruns on cable
Take you driving in my brother’s beat-up car
Sharing a cigarette, we’ll wish upon a star together

Those 36 words do what a movie like Reality Bites spent over an hour and a half failing to do, and what any number of “retro” pop culture shows on VH1 will never be able to do: they evoke exactly what it was like to be young, listless, snotty, confused, and (to borrow a phrase from the title of their sophomore album) totally crushed out in those days after the hippie dream had died from a thousand cuts, but still before the internet was really good for anything. The kicker, of course, is that “Long Island” isn’t even the best song on Retreat From the Sun, and there isn’t a clunker in the damn bunch.

In a just pop world, their catalog to date would be plenty to make That Dog iconic, at least to the degree that, say, Big Star is iconic. Whether they will ever claim their place in the higher reaches of Cult Band Mountain remains to be seen. For now, all one can do is tell the tale, and hope someone out there is listening.