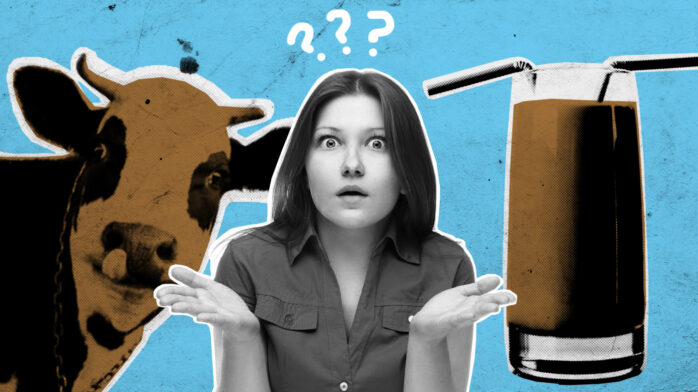 Here’s Some Stuff That Idiots Believe About Food 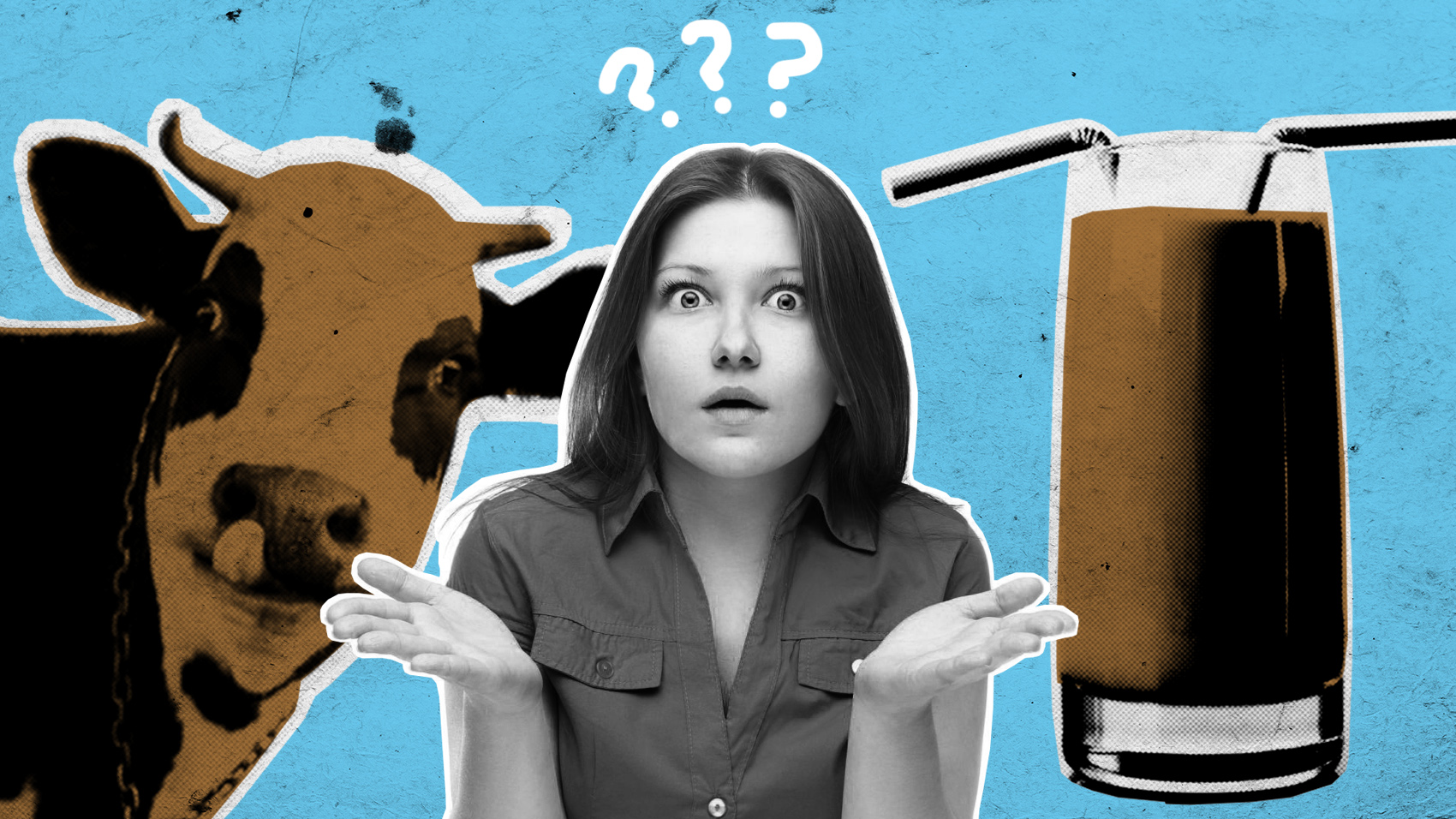 To make matters worse, that 7 percent weren’t the only folks who seem to be a bit confused: 47 percent of all respondents to the survey were generally unsure where chocolate milk comes from.

Unless poll respondents were joking—and, Dark Lord help us, hopefully they were—the results seem to signify that many Americans still have no idea where their food comes from.

At a time that only 1 percent of Americans farm, that’s perhaps somewhat understandable—until you stop to think about how many folks spend hours and hours at a time bookmarking Pinterest recipes, marathoning Chopped episodes and standing in line for a goddamn Nutella cafe.

Look, if we’re going to be this obsessed with food, let’s at least figure out how it’s grown maybe? Or which particular living beast(s) contributed to our enjoyment of that tasty breakfast sammie? Here are some other food facts that a depressing number of people seem to be having some trouble wrapping their heads around:

Hamburgers are made from beef, Which means they come from cows (not pigs, ya dinguses)

In its report on the recent chocolate milk study, the Washington Post noted that a 1990s U.S. Department of Agriculture study revealed that almost one in five adults did not realize that hamburgers were made from beef.

Though it appears the USDA has not revisited that question in more recent years, other surveys have provided additional evidence that many people still aren’t quite sure what the source material of various meat products are exactly.

Asparagus and celery grow straight out of the ground, Quinoa and almonds are both seeds, And cinnamon is dried tree bark.

It seems most of us have no idea how most fruits, vegetables, spices and grains are actually grown, let alone harvested. The way that many common foods grow is so surprising to many folks that it has warranted not one, but two giant BuzzFeed photo-heavy listicles over the course of the last three years.

Apparently this knowledge is terrifying to some, as the posts rely on descriptors like “creepy,” “gnarly” and “WTF” to caption photos of crops like peanuts, artichokes and pineapples in their natural habitats. As BuzzFeed’s Katie Notopoulos put it, “the first time I saw Brussels sprouts in their true form, I literally screamed.”

Did you guys know this is how Brussels sprouts grow this just fucked my day up pic.twitter.com/p97URvE7iQ

OMG! Thanks to @LouisatheLast for letting me know THIS IS HOW BRUSSELS SPROUTS GROW WTF pic.twitter.com/UgZKERc9zy

Ketchup comes from tomatoes. Cucumbers and zucchini are totally different

Need some more proof of humanity’s culinary ignorance? While U.S. food knowledge data is scant, other recent international studies have been similarly damning—and point to the fact that youngsters in particular have lots of learning to do.

A 2013 study in the U.K. found that half of surveyed children ages 16 and younger could not distinguish between a cucumber and a zucchini. And only one in five participants could identify what an avocado looked like.

A separate U.K. survey commissioned in 2015 similarly found that 25 percent of children surveyed did not know that ketchup was made of tomatoes—and 31 percent of those surveyed claimed they were “frightened” by vegetables.

Meanwhile, a 2014 survey found that over 90 percent of Australian children aged six to 17 years old did not know that bananas are grown on plants. Another 60 percent of the child-respondents were not aware that herbs like mint grew out of the ground.

While we’re at it, baby carrots weren’t grown that way

In another story that blew up the foodie beat corner of the internet last year, a Washington Post reporter ruined many peoples’ fantasies about moving to the country to become a baby carrot farmer. Why? Because there is no such thing.

As the Post detailed, the 2-inch baby carrots that are now ubiquitous were invented in the 1980s as a way to sell carrots that were deemed too ugly or misshapen to be sold to grocery stores whole. The idea was so popular it has been credited with doubling carrot consumption over the course of about a decade.

Though the concept has been around for decades now, many people still seem to think baby carrots #wokeuplikethat.

I GREW UP THINKING BABY CARROTS GREW THAT WAY BUT THEY'RE REALLY JUST CARVED FROM REGULAR CARROTS. https://t.co/gpxAHMCU2j

While this has little to do with how our food is grown, it’s also apparent that many Americans have no idea what foods are actually healthy for them, despite having decades of food pyramid propaganda foisted on them.

A 2016 New York Times analysis surveyed both nutritionists and average Americans to learn which foods they considered good and bad for you.

So, there you go. It looks like a lot of us have some reading to do. Or maybe go and find a farmer to talk to? Eh, we won’t tell you what to do, we’re not your mom.