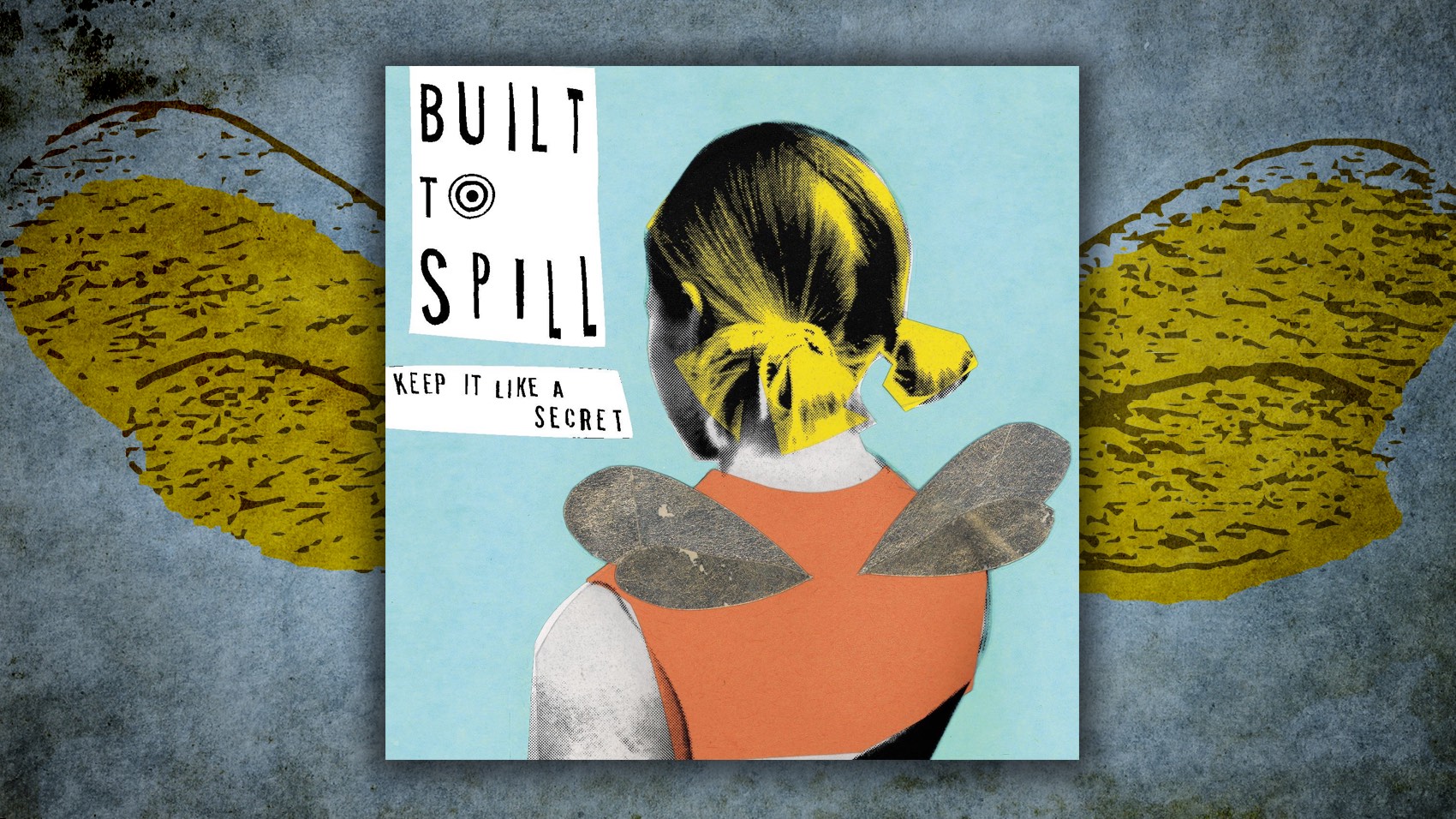 “The Plan” keeps coming up again. It comes up on your good playlists, usually first. It’s always in your rankings of “Best Damn Kickoff Tracks Ever” (if that internal list of yours is truly worth a damn). It’s in your head right now (and you’re currently air-drumming along with that opening line). It’s “The Plan” that pulls you into Built to Spill’s 1999 full-length album, Keep It Like a Secret, like a slingshot. You only get four seconds to take a breath before it catapults you into the guitar rock cosmos, where you spend nearly forty-seven minutes doing the following things:

SPACING THE FUCK OUTIt’s easy to sway to the majority of this album, which is like a sonic turducken of meaty classic rock and starchy Idaho potato pop stuffed with the most potent indica you can score. It’s a rock record with it’s rawk moments, but it’s the sweeping and sweetest numbers that keep this one in rotation for so many fans. “Else” just takes off with your heart and leaves you spinning on another planet. It’s four minutes of headphone bliss that could go on for forty more. “Temporarily Blind” coaxes you into a narcoleptic sway, and then keeps hitting you with EpiPens of tempo changes. “Carry the Zero” has a strange wave of lulling inertia, maintaining a steady four-chord cruise as bending notes waver in from a space luau.

ROCKING THE FUCK OUTIt’s not really a fast record, not in the least. No thrashers. No rippers. We’ll never get the full “Kick You in the Head” that Built to Spill teased us with on its second album, 1994’s There’s Nothing Wrong with Love. But the whole album kicks ass without trying to be kickass, and it never drags ass. That’s pretty much how Doug Martsch is: one of those nonchalant guitar geniuses who rips out baller solos without batting an eye or making a stupid Mayer face. And when his solos aren’t waves of serpentine psych that make you swoon (we’ll get to that elegant “Else” soon), they’re wah-wah’d weaponry punctuated by propulsive drummer Scott Plouf and the steady undertow of Brett Nelson. “The Plan” establishes itself with a solo that doubles as a chorus and an action sequence. “Sidewalk,” the snappiest of the bunch, doesn’t wait for you. “Broken Chairs” bursts in with the brutal melancholy of a man who accidentally killed Neil Young. And even the most meditative jams suddenly detour into heady headbangs that send nerd glasses flying off faces. You know those songs where you just can’t wait for that part? This record’s loaded with ‘em: the finale of “Time Trap,” the “isn’t everyones” of “Temporarily Blind,” the whistle solo you never see coming in “Broken Chairs,” and so on.

It isn’t work to get into this record. You feel it from the get go. It doesn’t take repeated listens to fall into its spell, or to understand why it’s endured. It pairs the pop of There’s Nothing Wrong with Love and the epic power (but not the paunch) of its predecessor, 1997’s Perfect from Now On, to become one of the band’s most accessible and influential albums to date.

It still sucks when some dude grabs an acoustic at a party and plays “Carry the Zero,” but not as bad as when they play “In an Aeroplane Over the Sea.”

But for us fans of a certain age (and we all look like Doug Martsch), Keep It Like a Secret summons sappy and sentimental memories of what indie rock used to be—and where it was barreling towards—as the 20th century succumbed to a slicker, clickable new millennium. Released in February of 1999—the same month that gave us Jim O’Rourke’s Eureka, Sleater-Kinney’s The Hot Rock, and Eminem’s The Slim Shady LP—it arrived in that sweet spot before the internet fully ruined art, romance, and humanity. These were the final days of when bands could just get in the van and get by. That odd minute when somebody on earth gave a shit about The Beta Band. And it inadvertently signaled the end of an era that Built to Spill had a hand in building: when scrappy, sloppy, and stoned “Nowhere Nuthin’ Fuckups” made the best damn indie rock records, even if said records sounded like mud.

Before Keep it Like a Secret and Y2K, many popular indie records arose from beer-soaked four-tracks and Fisher Price tape recorders. It’s a tinny, crappy, muddy sound you love (and there’s nothing wrong with love) that sprung from acts that couldn’t afford a decent studio, didn’t want a studio, or were Bob Pollard. Sure, some Tape Op reading geeks were achieving admirable poor man’s hi-fi at the Elephant 6 Recording Company, but they’d also fuck up your party by playing Neutral Milk Hotel covers. Many terrific bands on the sadly departed Up Records, including Modest Mouse, 764-Hero, Tad (sweet Tad), and of course, Built to Spill, recorded their most eager and hungry material for the fledgling label. Albums like There’s Nothing Wrong with Love and The Lonesome Crowded West are forever branded in our indie rock cortex…and sure, they could’ve sounded better. Same goes for the best of Guided By Voices, and Doug and Calvin’s Halo Benders, whose first two records are rad slabs of catchy chaos seemingly recorded on used answering machine tape.

But as Keep It Like a Secret ushered in a new century, it also coincided with a general uptick in sound quality across the indie scene, and not just with bands who’d lucked into a major label deals like Built to Spill and The Flaming Lips. The rinky dink would no longer make do as the dawn of the iPod came upon us, and our sloppy bands tightened up. Guided By Voices got (too) polished as they recorded with Ric Ocasek. Modest Mouse took sonic leaps with their excellent major debut, The Moon and Antarctica, which was immaculately polished, recorded, and mixed. Then there are hi-fi fuckups like Pavement’s flaccid, expensive, and forever disappointing swan song, Terror Twilight.

However, the lo-fi sound wasn’t the only thing that waned as we entered the aughts. Albums like Keep It Like a Secret, with its undeniable virtuosity, seemed to set the scene for a new breed of players who could actually play. The audiences for twee bands that didn’t know how to tune, but got by on cute and quirk, quickly began to shrink. The shambolic ethos and sloppy acts of the early ‘90s didn’t make it across that Y2K finish line. Suddenly, listeners were losing their shit for acts such as The Strokes, The Shins, Spoon, and other S-named slicksters. These are all talented acts who brought indie to the forefront, and all acts that made indie rock smooth and palatable to a new generation of music fans and Zach Braff.

In the decades that have followed, we’ve gone through waves, and everything old is new again, etc. But Keep It Like a Secret continues to be a signpost of when indie rock came out of its cocoon and spawned populist wings. It still sounds like a million bucks. It continues to influence generations of new guitar slingers. And, whenever you listen to the referential masterpiece, “You Were Right,” it reminds you that Mellencamp’s “life goes on, long after the thrill of living is gone” is just the most depressing goddamn lyric ever. 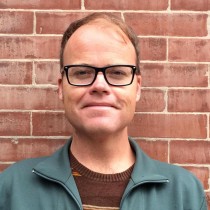