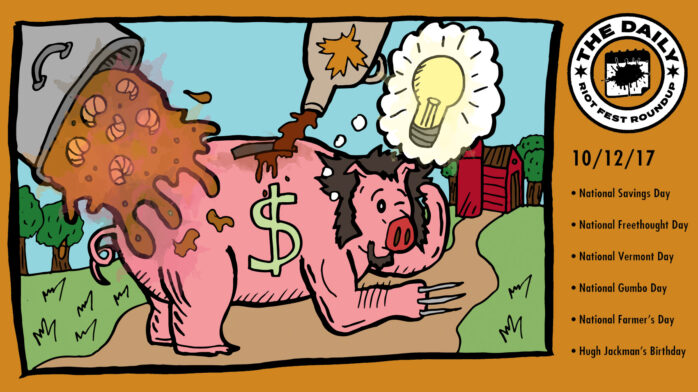 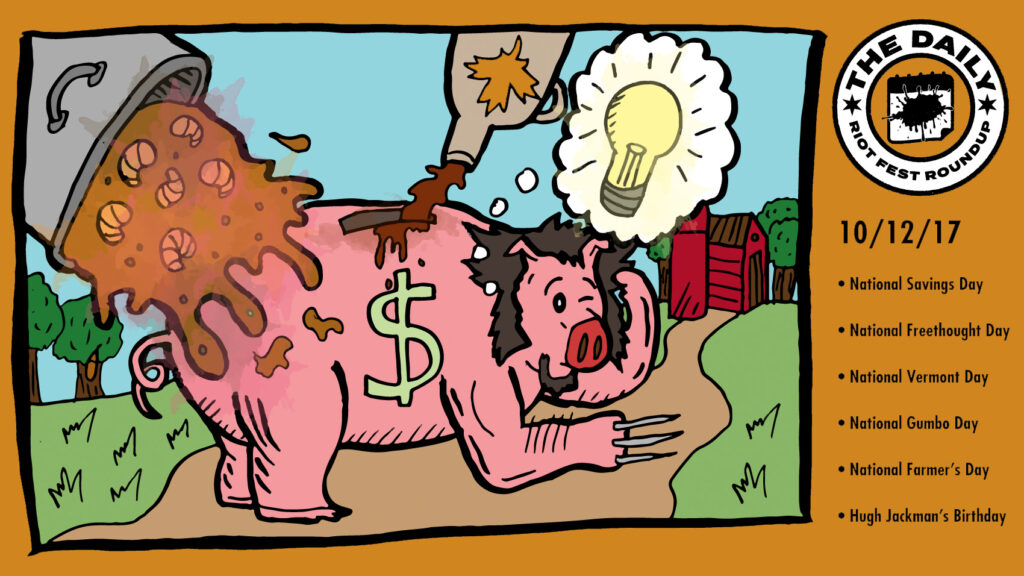 Check out Tim Armstrong‘s journey to the end of a tree branch to play one of our favorite Rancid songs.

Keep your eyes peeled (literally) for our big Friday the 13th feature tomorrow, but in the meantime, we have…

If you get a minute—and of course, after you’re done reading all of your favorite content here on RiotFest.org—head on over to Noisey to check out Laura Jane Grace rank Against Me! records, please.

With a new seasons of Stranger Things comes all sorts of intrigue and awesome old-school movie references, as well as haunting new jams from Michael Stein and Kyle Dixon, known to their management as S U R V I V E. Season two comes out on October 27th, the soundtrack comes out October 20th, and your first sonic preview comes out about a centimeter below this sentence right now.

INXS‘ 1987 album Kick is one of the best albums of the ’80s, and I’ll box anybody who disagrees (and I’ll probably lose, as I’m not physically strong). Well, cue the inevitable 30th anniversary reissue, coming November 24th!

We interviewed Sciatic Nerve and premiered their latest video last week, and now you can hear the band’s new album in its entirety over at New Noise. The self-titled album comes out tomorrow, and you can buy it from Anxious and Angry Records. Thanks to Ryan and Anxious and Angry, we are now slightly less of both.

Honestly, Weird Al, we never expect anything but the best from you, so, game on!

Are you ready for this?? All the dates for my 2018 North American tour will be announced tomorrow morning (9 AM Pacific) on weirdal.com!

Green Day has a new best-of-type album coming out next month, named after a funny skit they did on Colbert, which rules.

Bob Mehr just won some sort of award for Trouble Boys: The True Story of The Replacements. We reunited the Replacements once. NBD.

Thinking about Twitter in hindsight, maybe a box where people can shout their neuroses one sentence at a time was not the best invention.

Yes, Dr. Frank, we’re as surprised as you when we look at old pics of ourselves.
KIDS: Listen to the Mr. T Experience.

Besides Necco Wafers and raisins, what is the worst candy to get when trick-or-treating on Halloween?