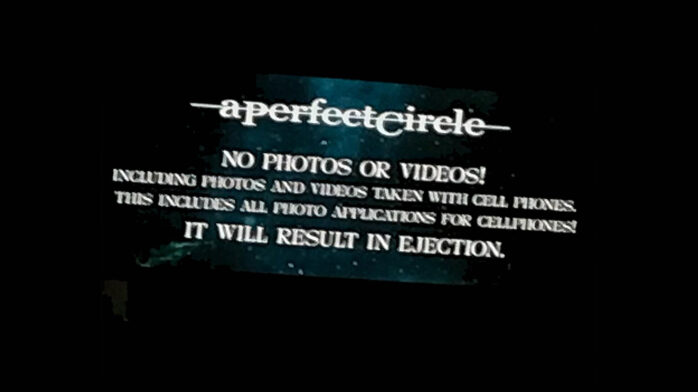 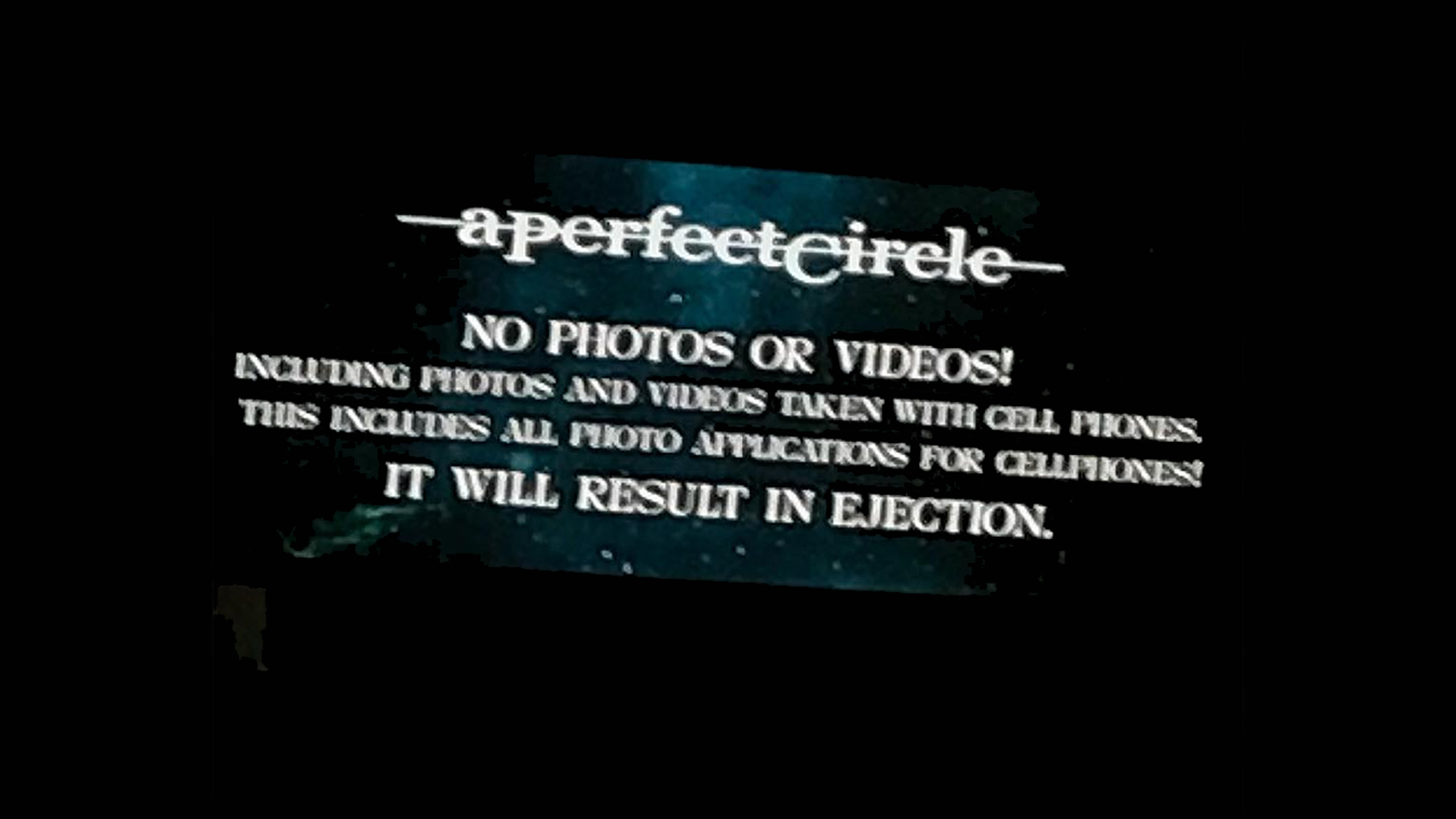 According to MetalsSucks.net, over 60 people were ejected from the Perfect Circle show at the Santander Arena & Santander Performing Arts Center in Reading, PA last weekend.

Most fans of Tool, Puscifer, and A Perfect Circle know that Maynard James Keenan is no fan of cameras at his shows, and this weekend obviously showed he isn’t fucking around.

As Maynard has recently clarified on Puscifer’s Instagram, “No. Recording. Of. Any. Kind. For. 25. Years. Guided experience. Unplug and enjoy the ride.”

According to Santander Arena & Performing Arts Center GM David Farrar’s Instagram comments, “Your [sic] good. We tossed over 60 people last night for taking pics.” He later added another comment, “This was 110 percent the band’s policy and has been for Tool, APC, and Puscifer… it’s not a new policy.”

Take photos of Maynard James Keenan at your own risk. Or just put down the phone, unplug, and enjoy the ride. I promise, no one cares about your shitty smartphone photos and videos.