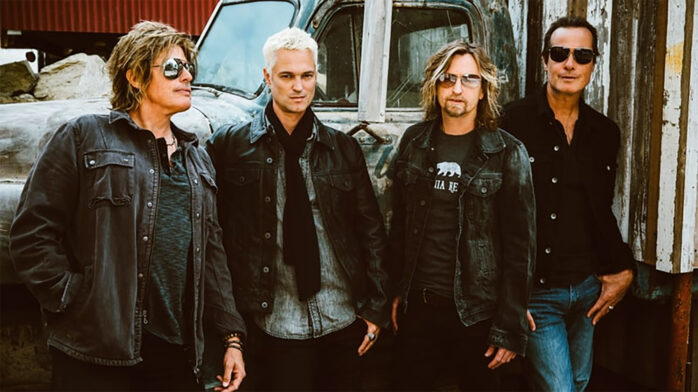 Former X-Factor contestant and Dry Cell member Jeff Gutt is the new lead singer of the Stone Temple Pilots. There were 15,000 submissions to fill the position after Scott Weiland’s death in 2015.

Guitarist Dean DeLeo told Rolling Stone, “We were not willing to settle. I mean, dude, think of the criteria that had to be filled here. You know, this is STP, man. So we would not settle. The fans deserve more than that. He was one of the last guys we saw, in the last two days of auditions. And that was just over a year ago – September of 2016.”

He continues, “Jeff wasn’t even part of the singer submissions. But Robert happened to be playing a gig with the Hollywood Vampires in Michigan and somebody came backstage after the show and approached him and said, ‘You should check this guy out. He’s a local guy.’ And Robert called me the next morning and was like, ‘Hey, man …'”

“You know,” adds Dean, “Mr. Weiland paved quite a way. Because not just anybody can sing this catalog. You need someone who really knows how to sing. And Jeff kind of has it all, man. He has that baritone, and he’s also able to get into that tenor world. He’s a real singer.”

Stone Temple Pilots have also finished recording a new, as of yet untitled full-length studio album, their seventh, which is expected to be released in spring of 2018.

Jeff Gutt has been helping the band write new music for the album, and you can hear the first single, ‘Meadow’, below.