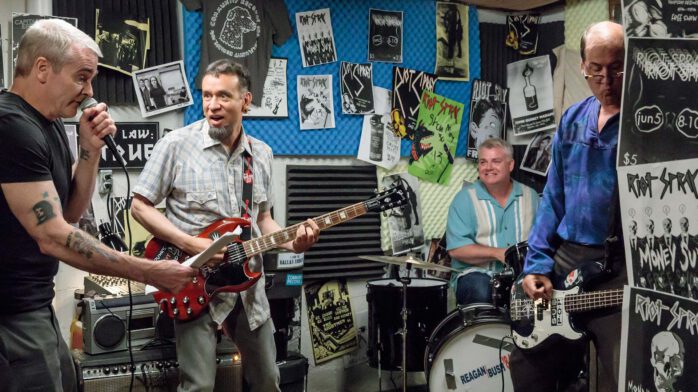 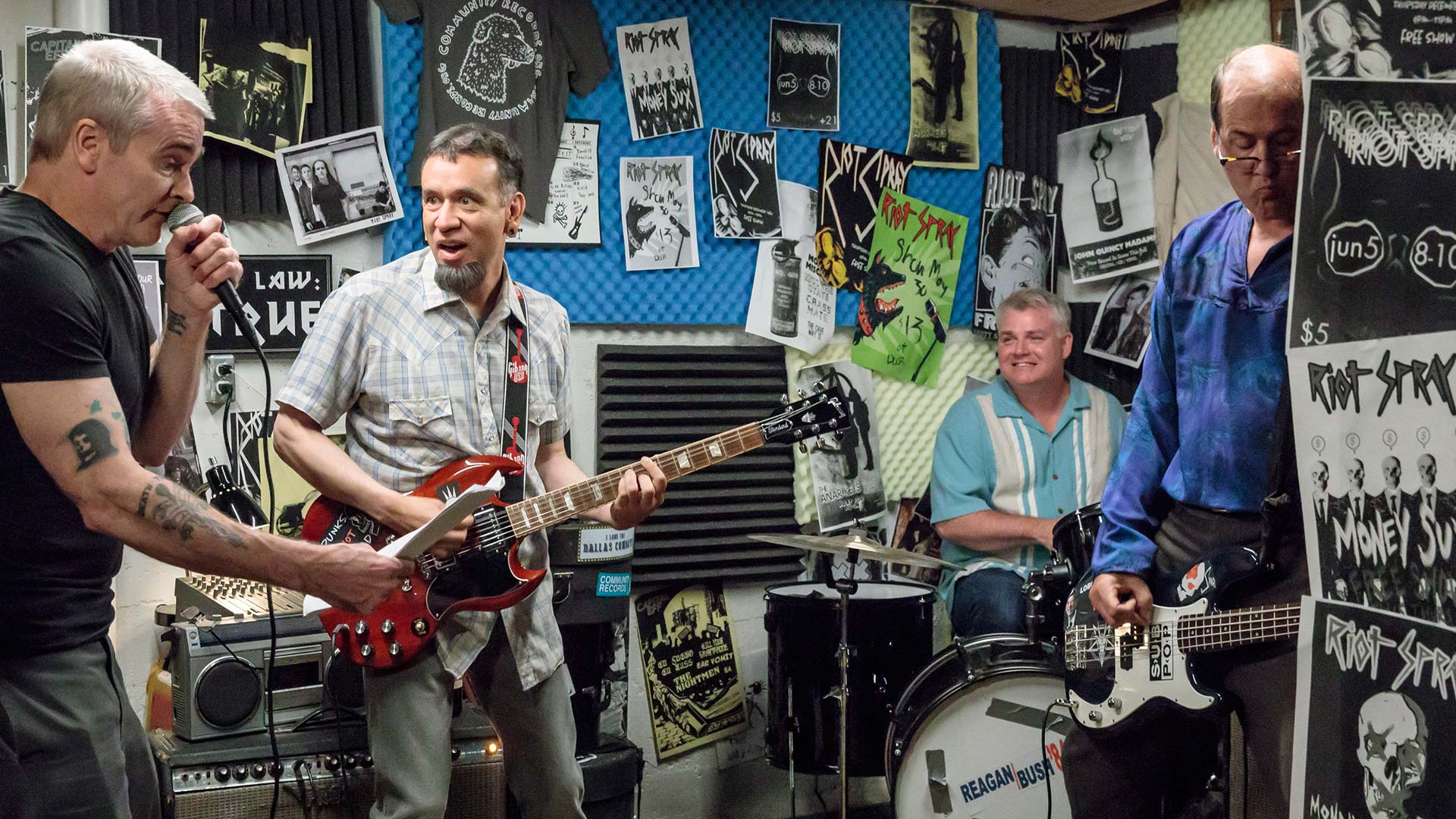 While Portland can be a scary place, Fred Armisen and Carrie Brownstein’s Portland is oddly comforting. It’s the kind of place where bands don’t need to know how to play their instruments, so long as The Man can hear them. Or so Fred Armisen’s Spyke thinks in this preview for the premiere episode of Portlandia‘s eighth and final season, debuting tonight at 9:00pm CST on IFC.

In the clip, Spyke reunites his old hardcore band, Riot Spray, to finally stick it to the government. Spyke’s path to resistance is by way of systemic refusal, as punk rockers are wont to do. We’ll all have to tune in tonight to find out if their efforts are successful.

Their efforts will probably not be successful.

On a side note, a keen eye will catch that the members of Riot Spray went on to play in some pretty successful bands after the conspicuously-named-and-color-schemed little-band-that-couldn’t split up back in the early nineteen-[trails off…]. Post-Spray acts include, but are not limited to: 8G and Trenchmouth (Fred Armisen), Rites of Spring and Fugazi (Brendan Canty), Sweet 75 and Nirvana (Krist Novoselic)… And in what is surely a coincidence, Riot Spray’s lead singer, Henry Rollins, went on to join the Rollins Band, following a tumultuously brief stint in the popular California outfit, Black Flag.

There’s still no word as to whether John Quincy Madams and/or Money Sux are reuniting in 2018… but you know if they do, you’ll hear it about it first here at Riot Fest, where reunions complete us. And if Riot Spray is on the Riot Fest lineup this year, you’ll find out about that the same damn time you find out about our lineup every year.