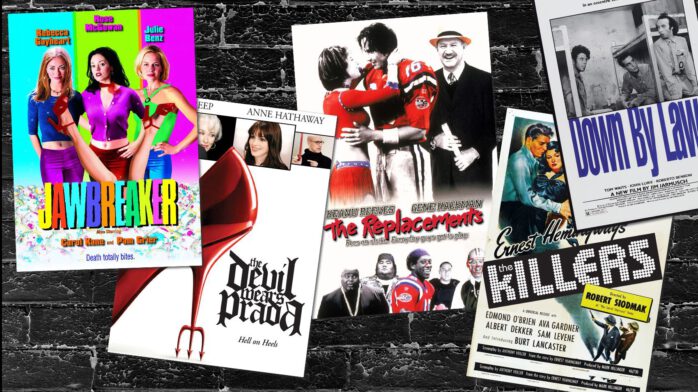 Could These 5 Bands Score the Films they Share a Name With? 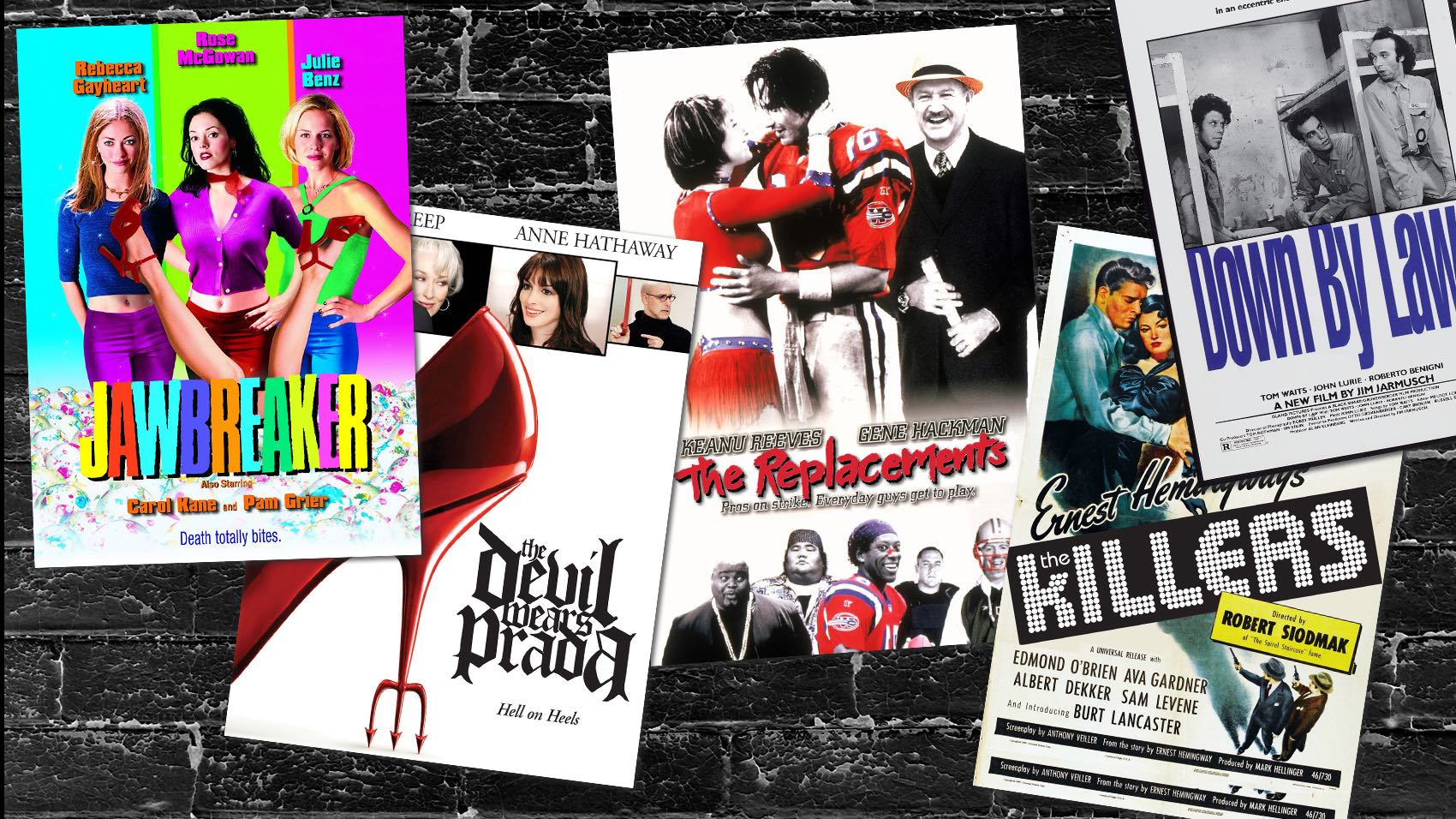 The original concept for this feature was to humbly opine (as if we know any other way) whodunit better: the band or the movie that shares the same name. But how can a mere mortal choose when it comes to the Devil Wears Prada vs. The Devil Wears Prada? No, instead, we distract you from your daily earthly travails by judging whether or not X band would have been appropriate on the soundtrack or score to X movie with an identical moniker. Because we at Riot Fest are all about tirelessly exploring the heretofore unseen connections between seemingly disparate artists (hell, we just gave it the old college try with NYC noise-rock legends Unsane. And, should that fail, we can always resort to Keanu jokes. Either way — with apologies to the Misfits, Black Sabbath, They Might Be Giants, My Bloody Valentine, and many more — we ask whether the following five bands could work in five eponymous films that this particular writer has actually seen. 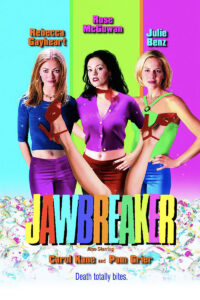 Mean Girls is just a PG-13 Heathers, nothing more. Jawbreaker is, well, an R-rated Heathers, and not even fucking close to the meager accomplishment of “nothing more.” At least Mean Girls had moments of wit, believably human performances, and an aspiration for social commentary. The nicest thing one can say about Jawbreaker is that it uses Veruca Salt’s “Volcano Girls” in the credits — although it’s unclear what a song about best friends sticking together in the face of adversity has to do with a movie predicated on generic popular girls accidentally choking one of their own, then framing Marilyn Manson for raping her.

Jawbreaker the band — who predates this 1999 piece of shit — is obviously way too good to appear in any context, but the film’s soundtrack does have its fair share of decent alt-rock and pop-punk (Letters to Cleo, the Donnas, Imperial Teen). So, something like “Chesterfield King” could only improve one of the many torturous scenes of “moral compass” Rebecca Gayheart debating whether or not to confess to the crime. 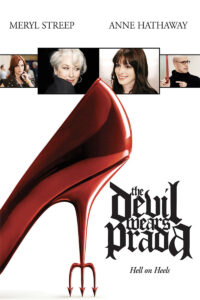 Christian metalcore and a broad satire of fashion journalism? Hot dog, where do I sign?

It’s somewhat interesting that the Dayton band named themselves after Lauren Weisberger’s 2003 source novel without reading it, assuming it was a scathing rebuke of materialism. Pretty unique interpretation of the ol’ title, but fair enough! Curious if these dudes ever wound up seeing the movie, and if so, whether they were swayed by Meryl Streep’s infamous “cerulean sweater” monologue. Let’s really stretch here and say that the band’s schizophrenic scream-sing approach could ably mirror Streep’s unpredictable transitions between ghastly boss-from-hell and disarmingly warm mentor. Let’s also pretend I’m still capable of looking at myself in the mirror after writing that last sentence and move on to the next entry. 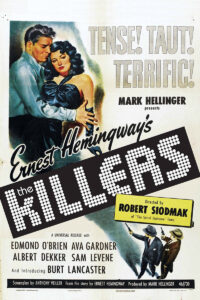 The 1964 movie’s plot is tough enough to summarize without explaining that it’s a loose remake of the 1946 Burt Lancaster noir, itself an adaptation of Ernest Hemingway’s 1927 short story. Know that 1964’s The Killers is slow, but gritty as hell—intended as one of the first made-for-TV movies, it was just too darn violent, opening with paragon of virility Lee Marvin cutting a swath through a school for the blind to assassinate John Cassavetes, and notoriously featuring Ronald Reagan slapping Angie Dickinson in his only villainous role (aside from eight years in the White House). All of this doesn’t necessarily seem appropriate for the romantic synthpop stylings of the Killers (who did not get their moniker from the short story or either film, but — rather appropriately — a New Order video). And yet, before The Killers spirals into a series of double-crosses and cold-blooded, point-blank executions, Cassavetes and Dickinson flirt with one another in both race cars and go-karts, and “Smile Like You Mean It” or “When You Were Young” would actually supplement those scenes rather nicely. Maybe if Se7en scribe Andrew Kevin Walker ever gets his reboot off the ground—and can resist gritting it up with, say, more knife dildos — this could someday be a match. 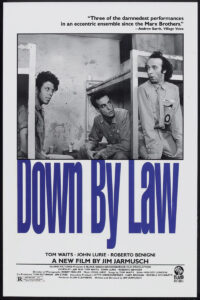 When the early ’90s punk rock sweepstakes went down, Down by Law were poised to be contenders. History, unfortunately, proved otherwise, and it’s still unclear why. The best material on 1994’s Punkrockacademyfightsong alone is absolutely on par with the finest of Epitaph, Lookout!, and Fat, much less eventual superstars Green Day, the Offspring, and Rancid. Catchy, fun, and just the right kind of stupid (what’s not to love about “And if I haver — WHATEVER THE FUCK THAT MEANS — I’m gonna be the man who havers next to you” in their “I’m Gonna Be (500 Miles)” cover?), their catalog has aged well. Jim Jarmusch, writer/director of 1986’s b&w indie Down by Law, is as punk rock as filmmakers get. Unfortunately, “punk rock” in cinema means something entirely different than it does in music, and his quirky NOLA prison escape drama is too synonymous with Tom Waits (who both starred and contributed music) to make room for anything resembling a three-chord barrage. So, let’s just appreciate both artists for what actually matters about the little they have in common: enduring cult influence. 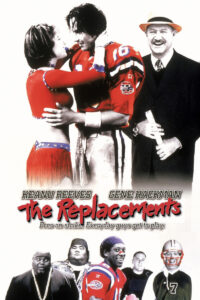 This movie is astonishingly dumb on almost every conceivable level—when football players go on strike, coaches don’t tend to follow suit, much less cheerleaders—yet strangely endearing. A fictionalized take on the three-game in-season 1987 NFL strike, this 2000 comedy curiously goes out of its way to pillory “greedy” professional football players (who rarely have fully guaranteed contracts and endure unspeakable physical and mental trauma) for holding out for more money. Totally fits with the Replacements’ working-class punk vibe, no? Anyway, it should not surprise you that a movie featuring a choreographed holding cell dance sequence set to “I Will Survive” has a deeply predictable soundtrack: Bowie’s “Heroes,” “Good Vibrations,” “We Will Rock You,” yada yada yada. One of the rare inspired sequences features legendary commentators John Madden and Pat Summerall calling a game in voice-over, their words vague enough to double as omniscient narration debating whether or not Keanu Reeves should pull the trigger and dive in to kiss his bar-owning part-time cheerleader love interest (don’t ask). It’s set to a safe choice—“Every Breath You Take”—but “Unsatisfied” would have been an even better safe choice. Imagine what a song that capably conveyed the raging inner turmoil of Brendan Fraser in Airheads could have done for Keanu! Paging Shane Falco, the Academy’s on line three.