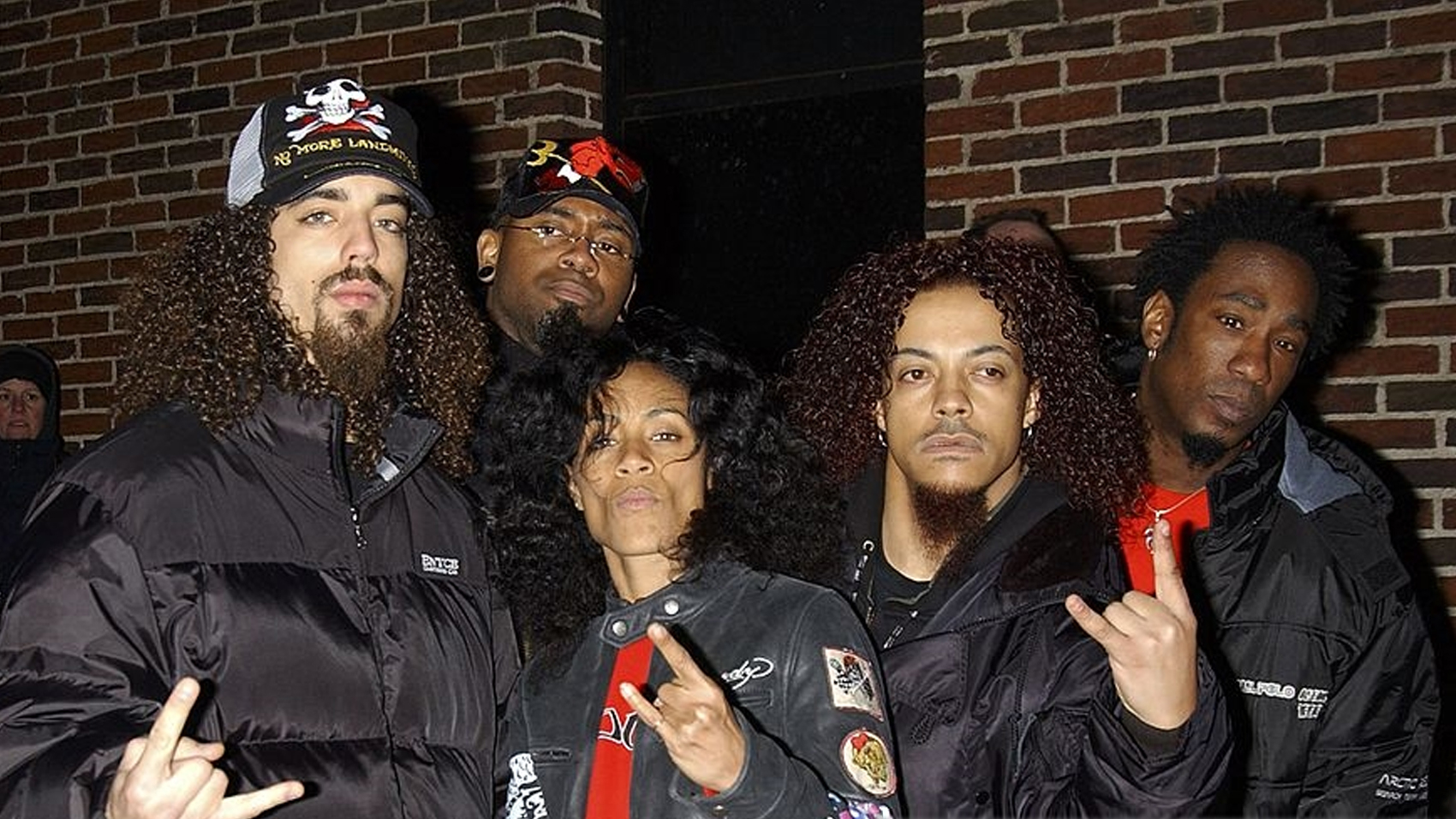 I don’t know if we just forgot about this, or blocked it out; but we recently came across a video of this mysterious band posted on social media, and have zero recollection of it ever happening. Do you?

Upon further review, we learned that Jada Pinkett Smith—who goes by the stage name Jada Koren whilst rocking—formed the band in 2002.  In 2004 her prince of a husband, Will Smith, served as executive producer on their debut album, My Story; the band even opened eight dates of Britney Spears’ Onyx Hotel Tour that same year. Philip “Fish” Fisher, during his 17-year absence from Fishbone, even played drums in Wicked Wisdom.

The Fresh Prince wasn’t Wicked Wisdom’s only famous fan. After happening upon the band at one of their LA club shows in 2005, Sharon Osborne was blown away. “When you see and hear Jada with her band,” Ozzy’s wife recollected at the time, “it’s apparent that she has nothing but love and respect for this genre of music.” So Sharon booked Wicked Wisdom on the second stage of 2005’s Ozzfest. Fans were not happy.

This was 2005, and the only fans could show their anger was by posting on the Ozzfest message boards. Remember message boards? Fans posted about the bands lack of credibility, and how a Britney Spears band shouldn’t be on Ozzfest.

After lots of booing and yelling and a very rough start, things apparently got better. “After seven dates of the Ozzfest tour,” recalled Pinkett Smith, “the whole attitude of it started to turn around once the word of mouth started getting out.”

“It’s who I am, who people believe that I am,” Pinkett Smith told Billboard at the time. “Of course it would seem really bizarre and awkward and just completely out of line and out of place, so people come in with preconceived ideas because unfortunately we’re all taught to think so limitedly. Even myself, even when I got the invite, I wasn’t jumping at the opportunity to do Ozzfest. I had to really open my mind, and I’m glad I did.”

The band last released new music in 2013. According to Wikipedia, the band is still active in some capacity (and Wikipedia is the gospel).

If you are not familiar with Wicked Wisdom, enrich yourself with some carefully-curated videos below.