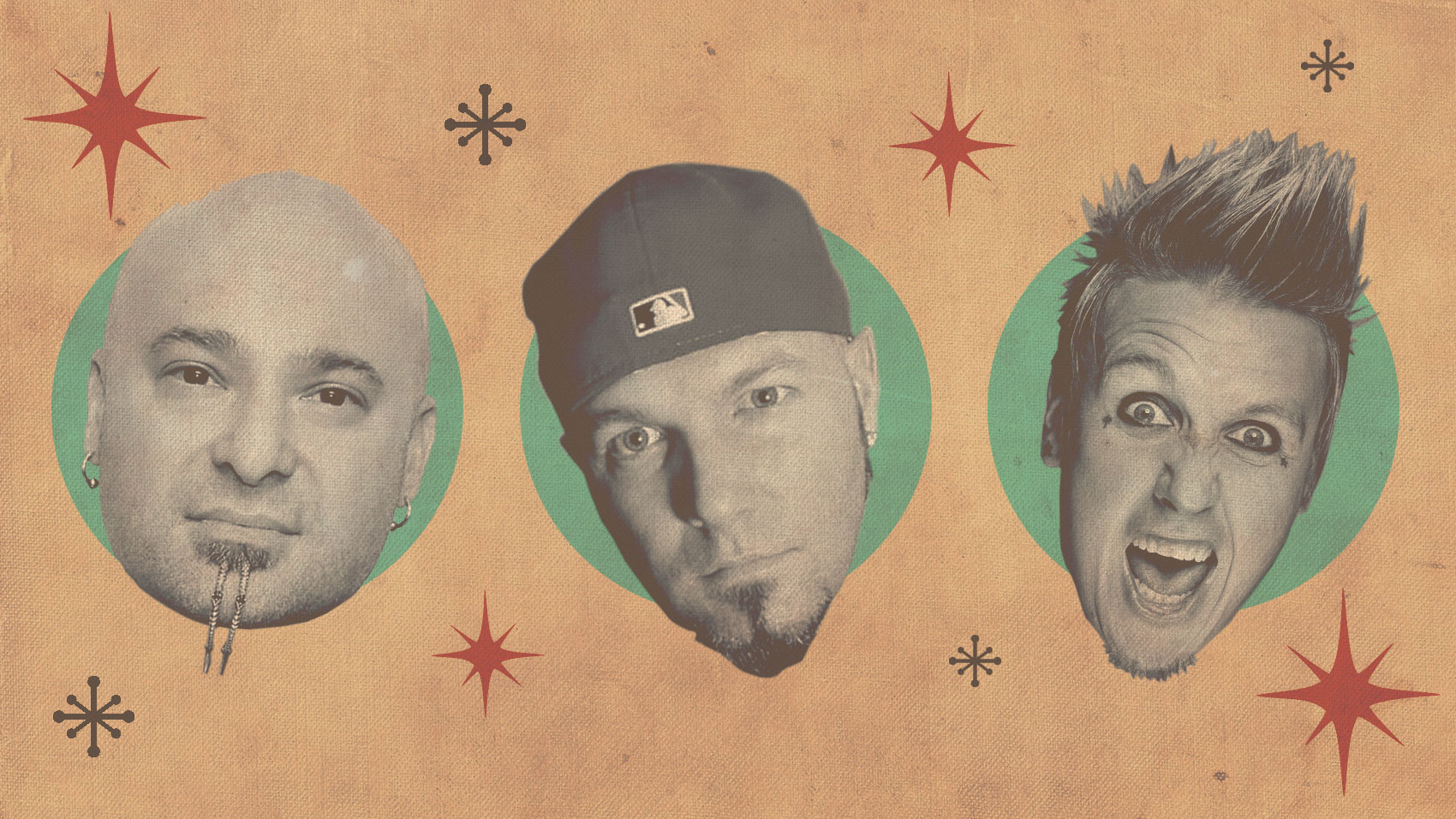 You might even say that the cover song is the quintessential vehicle for the genre, bringing together its surly antisocial sound and its shiny commercial ambitions into one ambiguously ironic package. Here are a few nü-metal cover songs that couldn’t get any more nü-metal.

MOST OF MTV ICON: METALLICA

Good thing Team Metallica got MTV to agree to this before Metallica dropped St. Anger! Like, okay, mainstream metal was in pretty sorry condition in 2003… but Korn, Limp Bizkit, and Staind (along with Avril Lavigne and a zero-fucks-given Snoop) are the A-listers for your big Metallica tribute? (Not gonna talk shit on Sum 41, who smoked their older contemporaries with a straight-faced, no-bullshit medley of “For Whom the Bell Tolls,” “Enter Sandman,” and “Master of Puppets”).

Short of a Family Values Tour DVD, MTV Icon: Metallica is the ideal time capsule for showcasing the genre at its most nü-metallic. Korn (perhaps wisely) don’t even try to emulate Kirk Hammett’s iconic, ripping solo that launches the bridge of “One” into the stratosphere. Limp Bizkit’s attempt to be haunting in “Welcome Home (Sanitarium)” is almost as good as Fred’s extended call-and-response “Leave me alone!” breakdown, which truly curb-stomps this classic to death. Meanwhile Staind’s acoustic take on “Nothing Else Matters” treats the song with the reverence of Easter mass at St. Peter’s Basilica.

Throughout most of this lunacy, Metallica drummer Lars Ulrich—knowing full well the camera’s on him—is maniacally air-drumming and headbanging; not to mention smiling the biggest shit-eating grin. Told you it was comedy.

Last October 31, a couple hit my local bar dressed as Kurt Cobain and Courtney Love, complete with pill bottles and a Frances Bean baby doll; but every day is Nirvana Halloween for Shaun Morgan, the frontman of South African nü-grungers Seether.

The above video is probably more creepy than funny, but I happen to find The King of Comedy hilarious, and this dude is for sure the Rupert Pupkin of the genre. But just in case, uh, anyone got Tom Grant’s number?

To be fair, here’s a 2014 clip in which Morgan begins an interview by commenting, “I haven’t listened to a Nirvana album in a while.” Sure. I can buy that. [Frantically dialing 911] Totally plausible.

Sorry, this is getting way too nasty. As said 2014 clip illustrates, Morgan seems to have come to his senses: He and his band have done a lot of relatively tasteful rock covers—even a legitimately decent one in “Careless Whisper”—and nobody who names his band after a Veruca Salt song can be entirely lame. I just like it when these kinds of dudes play dress-up… and this guy was way better at it than Gavin Rossdale.

Chevelle covering Helmet with Maynard from Tool singing? Easily one of the top five most nü-metal moments in history.

You know what Genesis could’ve used a little more of? AH AH AH AH and SHA-SHA! This is basically Todd MacFarlane meets Occupy Wall Street in an Ozzfest mosh pit.

You know what the Cure could’ve used a little more of? A taste of the islands, mon! As with Seether, you kinda have to appreciate nü-metal dress-up to get the humor here. Like, contrast the way P-Nut and the boys comport themselves in this clip to, say, “Come Original.”

Bonus: This video features an unforgettable sequence in which a transfixed young woman at the bar envisions herself being personally serenaded by Nick Hexum. Now that is a gal that will kill dem stunning (whoa-oh-oh), amirite? I’m wrong? Let’s move on.

Back to that old reliable, MTV Icon! This time, the 2002 edition, in which the X-Ecutioners, Nelly, Ja Rule, DJ Clue, Sum 41, Pink, Shakira, Kid Rock, Train (wow, MTV was really crazy in the early aughts), and the mighty P-Roach take on the Toxic Twins.

Guitarist Jerry Horton is up to the task of emulating Joe Perry. And how does the former Coby Dick fare, tackling the, shall we say, unique vocal stylings of Steven Tyler? Let’s just say it’s everything you’d expect and more.

Hot Topic may not have existed without Marilyn Manson, but Coal Chamber’s sartorial sensibilities are highly underrated, especially since Dez Fafara went on to “keep it real” fronting DevilDriver.

On top of all of this, The Osbournes-era Ozzy handles 80 percent of the vocals—and the song isn’t even that shitty. Everyone involved should be… proud is not the word. Something like that, though. Hmmm…

Everything Spider Zombie does is ridiculous, from his fashion sense and hair styles to his dance moves and line readings—and at least half of that is intentional! That made Powerman 5000 the perfect selection to cover “Relax” for the Zoolander soundtrack, probably at the behest of director/star Ben Stiller (who, as we all know, appeared at the beginning of Limp Bizkit’s “Rollin’” video alongside a surely-not-regretting-it-for-the-rest-of-his-life Stephen Dorff).

Anyway, because not a lot happens in this song unless you’re simultaneously doing lines, Danny Boy from House of Pain pops in out of nowhere to rap insightful observations like, “I’ll tell you now, kid, we don’t play / I’m up all night, sleep all day.”

Lostprophets
“A View to a Kill” (2002)
Originally by Duran Duran

[Comments are disabled for this blurb]