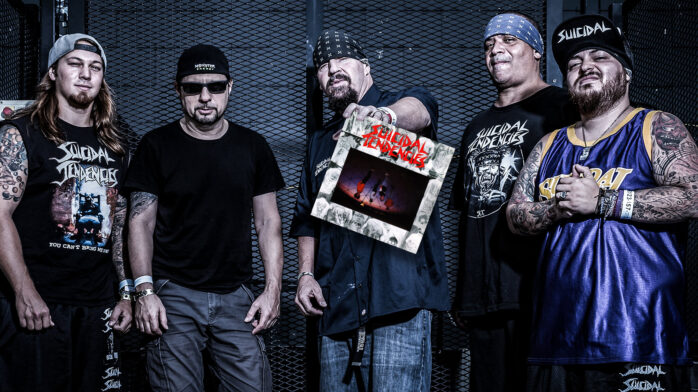 They’re Not Crazy: How Suicidal Tendencies Have Been Psycho From the Start

In the blooming hardcore-punk, crossover-thrash, and metal scenes of the 1980s, being righteously deranged—or at least teetering on the brink of insanity—was especially en vogue. Alice Cooper. Dave Mustaine. GG Allin. Hell, Kevin DuBrow. Each frontman writhed defiantly (and maybe smeared feces on his bare chest) to exemplify a rapid descent into pure evil. Some were more committed to the theme; Cooper and his posse incorporated costumes and makeup into their daily personas as opposed to simply using it for the theater of stage shows. Whatever the level of commitment, though, playing crazy helped add tension—and very often comedy—to what was often already a mix of volatility and nastiness.

Suicidal Tendencies put it right there in the band name. That’s not even making mention of album titles like Controlled by Hatred/Feel Like Shit… Deja Vu (1989), Suicidal for Life (1994), and Free Your Soul and Save My Mind (2000), which aren’t particularly subtle either. Still, it was the Venice-born band’s 1983 self-titled debut on the fledgling Frontier Records imprint that really defined their mission, setting them on a course to play the roles of mean, maniacal, and occasionally batshit over the next 35 years.

Erupting with feedback and a demonic laugh from vocalist Mike Muir that devolves into one part straightjacket one part Ringling Brothers, Suicidal Tendencies is a hardcore-punk album at its molten core. Along with D.R.I. and Cro-Mags, Suicidal Tendencies later became better known as a pioneering power of crossover thrash, a subgenre that carefully splits hairs between hardcore-punk and thrash-metal. Their debut is much more 7 Seconds than Slayer; It’s a clinic of sprinting rhythms and rapid-fire chord changes, two elements that effectively became early tenets for skate-punk bands like Agression. 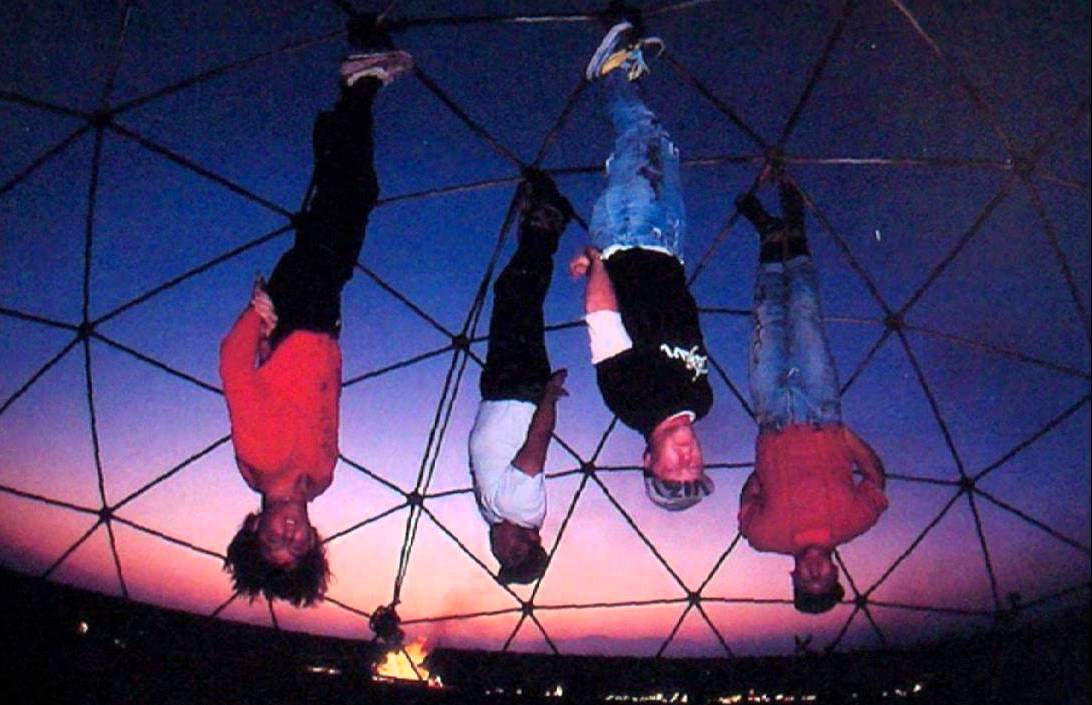 Of the 12 tracks on Suicidal Tendencies, each is reckless and ramshackle in its own beautiful right—whether because of the sheer speed of a rhythm, or because of Muir’s demented growls. That “structure” pairs damn well with lyrics focusing on disenfranchisement and, yes, losing your fucking mind. It’s all pretty similar to what Joey Belladonna sings about during Anthrax’s excellent music video for “Madhouse,”  the band’s only single from 1985’s Spreading the Disease.

The crown jewel of Suicidal Tendencies is, of course, “Institutionalized,” written by Muir and bassist Louiche Mayorga. The single became the band’s calling card, a spoken-word tirade held together by a simple drumbeat and some good old-fashioned guitar wailing that ultimately helped dictate their modus operandi moving forward. The plot is straightforward: Muir’s parents believe he’s unwell, he tells them there’s nothing wrong, they say they’re looking out for his best interest, he questions what they feel are his best interests, they send him to a mental institution, and he never does get that Pepsi.

The focus of Muir’s most bizarre rant—yes, that damn Pepsi—ended up taking on a life of its own, helping to popularize the track while spurring plenty of tongue-in-cheek references, covers and reinterpretations over the course of three decades. The music video for “Institutionalized,” a tour de force of clunky early-80s music-video-making with a band of non-actors trying to look very tough, received decent enough play on MTV, being the first hardcore punk song to get significant airplay on the channel.

While a solid cut from the record like “Subliminal” waxes about the outside world’s attempts to infiltrate and rot our minds via sweeping conspiracies (duh), “Institutionalized” focuses specifically on the mental health of its frontman in question. Found again and again in metal and thrash circles, the glorification of mental fucked-up-ness, in both lyrics and performance, acted as an effective method to not only indicate the severity and brutality of a band’s music, but to flat-out entertain an audience with out-there (and silly) themes. Videos were set in mental hospitals and padded rooms, straightjackets were parts of wardrobes, and thus, multiple Mustaines were permitted to roam the earth simultaneously.

Through it all, Suicidal Tendencies—the modest 28-minute record on what was then a small up-and-coming indie label—has persevered. Muir, the only founding member of the band who  still remains, continues to play the part after all these years, blue bandana intact. And at Riot Fest this year, Suicidal Tendencies will revisit their hallmark record in its entirety. So for the love of all that is holy, don’t forget the Pepsi.