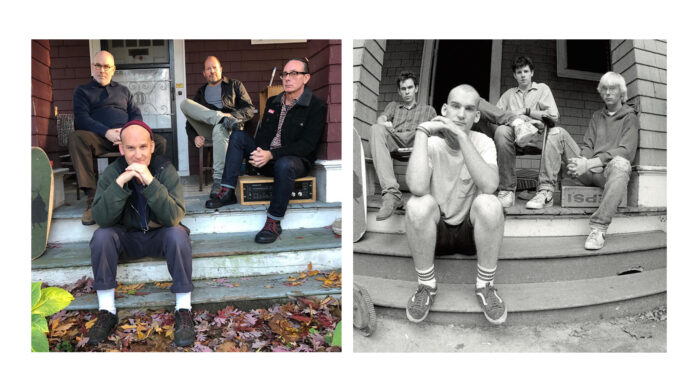 Four men took a photo on a front porch this weekend and it was almost too much for the internet to handle. The front porch was of Dischord House in Arlington, Virginia, Dischord Records, and the four men were named Brian Baker, Ian MacKaye, Lyle Preslar, and Jeff Nelson.

Brian, Ian, Lyle, and Jeff used to be in a band together and they decided to reunite to take recreate the photo on the cover of their 1985 EP Salad Days.

“This is a non-story,” Baker told WTOP. “Jeff insists that we always take a porch shot for posterity when the four of us are at Dischord. This is just the first one we’ve had taken since I’ve had an Instagram account.”

A representative for Dischord Records told Pitchfork, “Every few years, if the four of them are in town, they’ll get together at the house to catch up. Jeff Nelson thought it would be cool to take another photo on the porch, since they hadn’t done one in a while.”