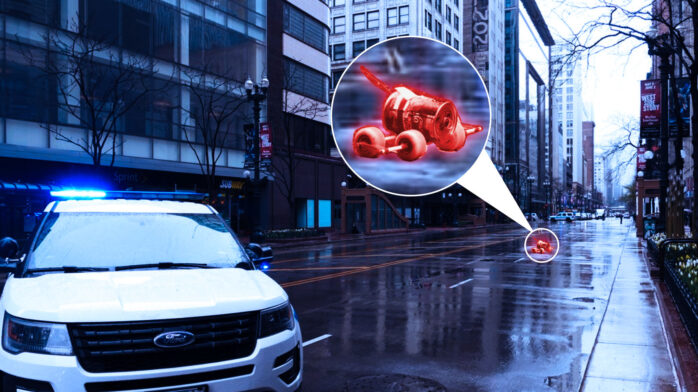 Around noon on Tuesday, police spotted something odd rolling down South State Street. Chicago CPD quickly radioed in that a “suspicious” object was being investigated, and State Street was promptly shut down. As it turns out, it was a can of Chef Boyardee strapped to a pair of skateboard wheels.

Per Block Club Chicago, officers shut down the street and a nearby CTA Red Line train “out of abundance of caution.” Eric Tendian, who covers Chicago police scanners and crime, first shared photos of the suspect on Twitter:

It turned out to be a DePaul student’s class project (which hopefully got a wheelie good grade) rather than a serious threat, and the street reopened pretty quickly after that. But hey, you can never be too careful—after all, Chef Boyardee cans have been known to have a mind of their own.