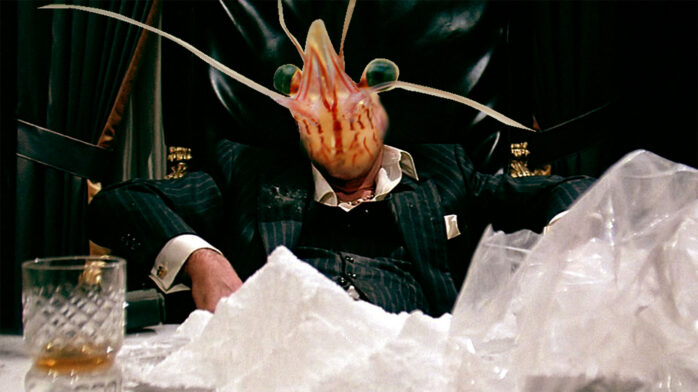 Uh, Scientists Just Found Cocaine in a Bunch of Shrimp

Humans are disgusting and dirty creatures, ones that keep finding new and creative ways to destroy this planet. Almost everything we throw away eventually ends up in the water system which ends up in the ocean and now scientists are finding cocaine in our shrimp.

In a new study published in Environment International led by King’s College London and the University of Suffolk, scientists collected shrimp samples from fifteen sites on the east coast of the U.K. Every single shrimp they tested had cocaine in it.

But don’t worry; while the most frequently detected compounds in the shrimp were illicit drugs—including cocaine—they also found ketamine and a banned pesticide, fenuron. While drugs in our shrimp is bad, the potential for any effect is likely to be low, so please don’t eat a bucket of popcorn shrimp from Long John Silvers because you think you’re going to get high.

Dr. Thomas Miller, lead author of the study at King’s College London said, “Although concentrations were low, we were able to identify compounds that might be of concern to the environment and crucially, which might pose a risk to wildlife.” So congratulations birds, now you too can eat cocaine shrimp!

“Such regular occurrence of illicit drugs in wildlife was surprising,” Leon Barron from King’s College London said in a press release.

While the study only confirmed cocaine in shrimp from the U.K., at least the USA can say we have oxycodone in our shellfish off the coast of Washington. Study co-author professor Nic Bury from the University of Suffolk said: “Whether the presence of cocaine in aquatic animals is an issue for Suffolk, or more widespread an occurrence in the UK and abroad, awaits further research.”

So… great job, everyone! We’ve polluted the earth so much that now all of our shrimp has cocaine and pesticides in it. We did it.