For our 15th anniversary, we asked fans to vote for the top 15 Riot Fest sets of all time. We’ve revealed the results five at a time over the past few days, alongside a wealth of memories from fans, and now we’ve got the top of the list to share.

View the past results for #11–15 here and #6–10 here. Without further ado, here’s your top 5 Riot Fest performances ever, as voted.

I crowd surfed for only the second time in my life at age 44… everyone was so fun and “supportive” (until they dropped me in the mud!!!).

It has to be Rancid. In the 90s my cousin dated Lars from the band. For their set, her and I and her 4 year old son (not Lars’ son) stood up front. Her son had a little green mohawk and was all smiles when Lars made eye contact with the little guy. He recognized my cousin and the band let us sit on the side of the stage for the rest of the set. Afterwards he hung out with us and was just cool as hell. It’s always good when rock stars aren’t assholes off stage. Dude was a good fucking person.

It was my first Rancid show and I had a blast. I lost my Chucks in the pit and had to continue the festival with no shoes. I went to all the march tents and no one was selling shoes. Not even sandals. I tried to buy shoes off other Riot Fest guests with no luck. And it was my 30th birthday weekend. A very memorable show!

I’ve been to Riot Fest every year since my 20th birthday. It almost always falls on my b-day weekend (Sep. 14th), and Beck is someone who I’ve always dreamed of seeing. From his country, to acoustic, to club albums, he’s always reinventing himself, and seeing him this past year was a transformatory experience. (Not eluding to his incredible outfit changes. That sequin blazer though.)

One of the most fun, high energy sets I’ve ever seen, topped off with an amazing rendition of “Cars” with Gary Numan.

Beck, this past year. During his set I had an overwhelming sense to call my dad and tell him I was sorry for bad past decisions and let him know he is the best. I was unable to call so I texted him this and he texted back that he forgave me and as long as I’m happy he would be happy. Beck brought my father and I closer. It was a moment that still makes me tear up thinking about it.

They had been my favorite band for years and I had dreamed of seeing them but didn’t get the opportunity until Riot Fest. I was able to bring my dad, which was really special because he was a longtime Cure fan and the one who had turned me on to them, and he had never seen them before either. Their set was amazing. and perfect, I felt like I was in a dream the whole time and was able to completely let myself go. Earlier in the day I had mentioned that I really hoped they would play Disintegration but I wasn’t counting on it, and what do you know, THEY DID.

This was a 2 hour set that spanned the band’s entire career. The outdoor, nighttime setting was a perfect backdrop for their music. Robert Smith connected with the audience, and it was an incredible experience for a lifelong fan.

I’ve been a fan since the 80s when I was in junior high, and it was the first time I was able to see them. What made it even better was that I attended Riot Fest with one of my best friends who had introduced me to The Cure way back when… It was absolutely fantastic!

Growing up, I listened to the Misfits almost all of the time… non-stop. However, in the back of my head I was always disappointed knowing I would NEVER see them play live with Glenn Danzig. No way, too much bad blood, too much history, it was not going to happen.

Then Riot Fest comes in and saves the day (or lifetime) by announcing their reunion. Never have I felt such a rush of adrenaline when they blasted into “Death Comes Ripping” and put on one of the greatest shows I’ve ever seen.

Seeing the original Misfits reunited at Riot Fest in 2016 was one of my favorite concert experiences of all time. Never in a million years would have I expected Glenn Danzig to get on stage with Jerry Only and Doyle Von Frankenstein ever again. It was shocking and surreal to say the least!

It’s a show I’d never been able to see before since I’m coming up on 25 now, and was awesome to be able to see them live and on stage together. Kinda felt like being a part of history in a sense. 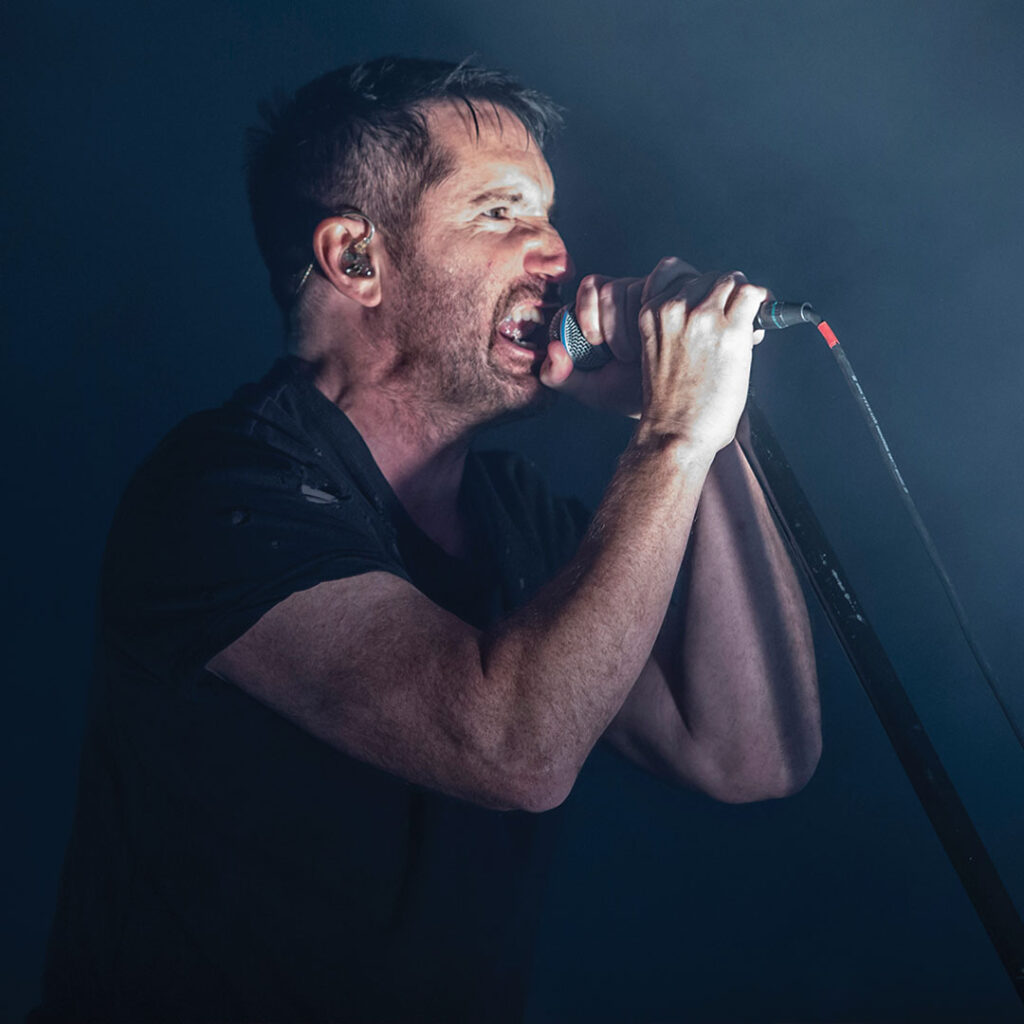 I’d always liked them, but that set blew my mind. I think I pretty much listened to almost exclusively NIN for the next year or so. I became a huge fan and I caught their 3 shows at the Aragon in 2019. So grateful I caught their set at Riot Fest.

Reznor and Co. came out to set to destroy. Playing a little something from all of their albums coupled with the visuals, expectations were exceeded. Opening with “Wish,” closing with “Hurt,” add a Bowie cover in the middle… damn near perfect!

It was my husband’s last concert with his best friend, whom he had been attending with for years. He was 56 and dying of brain cancer, losing his ability to walk, losing who he was. He had a mobility scooter and could not get to the show fast enough; music was his escape, and his favorite bands were playing. His friend walked beside him with childlike excitement, and as we reached the spot near the stage, Mitchell started to cry knowing it was his last show. Music was his love, and seeing NIN as his last show following Ministry was pure heaven for us all. He got up at one point and stood with his friend as I watched and let him be normal for just a few minutes. He sang, he danced, and he was lost in feeling normal for the first time in 8 months. The music was loud, the lighting going crazy, and he was himself before he got sick, even if it was just through a song. It was amazing and I was so happy he was able to get there for this moment and to be normal again. His friend of 30 years was with his buddy again doing what they loved together. 4 weeks later, we would find out that his cancer had invaded both sides of his brain, and he passed away January 6 of 2018. He lived just a little over a year from first diagnosis and we filled it with everything he loved. Riot Fest with Jeff was at the top of that list. I still wear the wristband on my keychain as a constant reminder of the last concert we saw and how happy he was. NIN was one of his favorites and filled his soul that day.

Thanks for 15 years of memories, everyone. We’ll see you this September in Douglas Park to make some more.